More lives could be saved after cardiac arrest if bystanders applied cardiopulmonary resuscitation (CPR), even if it's just the hands-only version, a new study suggests.

With hands-only CPR emerging as an alternative to the traditional method - chest compressions coupled with mouth-to-mouth rescue breaths - Swedish researchers decided to investigate the impact of the simpler method.

They found that when rates of either type of CPR increased, the chances of surviving a sudden cardiac arrest doubled.

"In this nationwide study (we saw) an almost six-fold higher proportion of patients receiving compression-only CPR," said coauthor Dr. Jacob Hollenberg, director of the Centre for Resuscitation Science at the Karolinska Institutet. "Any type of CPR was associated with doubled survival rates in comparison with cases not receiving CPR before EMS arrival." 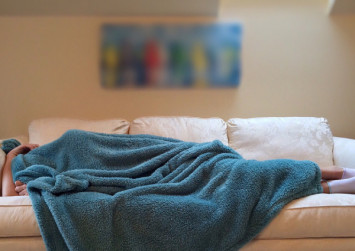 It's currently unknown whether CPR including mouth-to-mouth rescue breaths when performed by bystanders is superior to the simpler hands-only method, Hollenberg said in an email. There is an ongoing large randomized controlled trial to answer that question, he added.

Hollenberg suspects more people would be willing to learn hands-only CPR than the traditional method.

For the study published in Circulation, Hollenberg and his colleagues analysed all out-of-hospital bystander-witnessed cardiac arrests reported to the Swedish Register for Cardiopulmonary Resuscitation between 2000 and 2017. Altogether the researchers had data on 30,445 patients.

The study shows that any kind of CPR is better than no CPR, said Dr. Clifton Callaway, vice chair of emergency medicine at the University of Pittsburgh Medical Center. "This is a tremendously robust data set," Callaway said. "They've been able to track this for many, many years."

The American Heart Association has been popularizing hands-only CPR, Callaway said. "The message they're trying to convey is that if you don't choose to give mouth-to-mouth resuscitation, you can still do chest compressions and help somebody with cardiac arrest," he said, noting that mouth-to-mouth is still required for other conditions, such as drowning.

The reason hands-only can work is that when people experience a cardiac arrest, they still have oxygen in their lungs, Callaway said. "Chest compressions will buy you some time until someone comes to get the heart started again," he said.

The other advantage to hands-only CPR is that 911 operators can talk you through it even if you haven't had any training, Callaway said. "Dispatchers should be able to coach anybody to do chest compressions and provide this potential to sustain life until professional help arrives," he added. "In my mind there's no reason we can't have 60 to 80 per cent of Americans who have had a cardiac arrest receiving assistance from bystanders."