Buildings shrouded in smog, are pictured as Mexico's government ordered schools in and around Mexico City to be closed on Thursday due to elevated levels of pollution, in Mexico City, Mexico May 16, 2019.

Kids who are exposed to air pollution in the womb may have higher blood sugar levels during childhood than kids without this exposure, according to a study that suggests particle pollution could be an environmental risk factor for diabetes.

Researchers focused on so-called PM 2.5, a mixture of solid particles and liquid droplets smaller than 2.5 micrometers in diameter that can include dust, dirt, soot and smoke. This type of air pollution, also known as fine particulate matter, has been previously been linked to lung damage as well as an increased risk of heart disease, stroke and diabetes.

The current study included 365 children in Mexico City who were exposed to average daily PM 2.5 levels of 22.4 micrograms per cubic meter of air (mcg/m3) while they were in the womb, far above the 12-mcg limit set by Mexican regulators.

From about age 5 until about age 7, kids' average levels of exposure to PM 2.5 in the womb were associated with 0.25 per cent larger annual increases in HbA1c levels than would be expected with fine particulate matter exposure within Mexican regulatory limits, researchers calculated.

The effect was only seen in girls, and was associated with pollution exposure during the second and third trimesters of pregnancy.

It's not clear whether or how prenatal air pollution exposure might directly impact kids' blood sugar levels. But there are several possible explanations, said study co-author Dr. Emily Oken of the Harvard T.H. Chan School of Public Health in Boston.

"One is that air pollution causes a great deal of inflammation, and we know that other inflammatory exposures can affect organ development and function (such as brain, pancreas, liver, muscle and fat - all of which participate in blood sugar regulation) in ways that have long-lasting effects," Oken said by email.

"Alternatively, air pollution could affect epigenetic regulation - the signal that tells the body which genes to turn on and off and which proteins to make," Oken said. 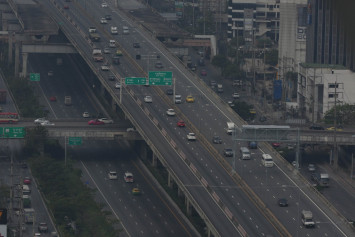 The researchers lacked data on what mothers or children ate, which can have a profound impact on blood sugar levels. They also lacked information about the mothers' personal and family history of diabetes, and whether children went on to develop diabetes when they were older.

There's also not much that expectant parents can do to change their exposure to air pollution, unless they're in a position to move to a place with better air quality.

"In terms of individual efforts, parents should not smoke or expose their children to smoking or vaping," Oken said. "They should also avoid using wood stoves."

"While we don't know for certain about interventions to minimise risks, it is reasonable to assume that healthy diet and regular physical activity and maintaining a healthy weight would be very likely to minimise risks," Oken added.