Women who push themselves to work or study despite menstrual symptoms like painful cramps may be less productive on those days and might benefit from being able to work from home or take a day off and make it up later, a large survey suggests.

The online survey, conducted in The Netherlands, found that the average woman took off 1.3 days per year for reasons related to her periods. And nearly 81 per cent of the women said they regularly show up for work or school even though their period is making them feel sick, researchers report in the journal BMJ Open.

When the researchers asked the women to what extent they were able to be as productive as possible on bad period days, they found the average woman perceived herself to be about 33 per cent less productive on those days.

Theodoor Nieboer of Radboud University Medical Center and colleagues recruited 32,748 women and teens via an online campaign on Twitter and Facebook in 2017.

Participants answered questions about their menstrual cycle and symptoms. Regarding "presenteeism" - showing up even while feeling sick - the women were also asked to estimate what percentage of a regular day's work they managed to complete when they experienced menstrual symptoms.

Read Also
Exercising on a treadmill may diminish menstrual pain 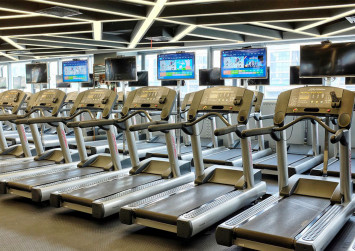 About one in seven said they sometimes take time off. For 3.5 per cent, this was the case during every, or nearly every, cycle.

Only 20 per cent of women who took days off were honest with employers or teachers about why they were absent.

Younger women were more likely to report absenteeism and less likely to have shared the real reason.

About two-thirds said they wished they had more flexibility during their periods, according to the report, "such as the possibility of doing less physical work ..., the ability to work from home ..., more time for personal care... or the ability to take a day off and make up for it later."

Nieboer believes the survey could serve as a starting point for conversations about menstrual symptoms.

Workplaces should encourage open discussions and allow women the flexibility to work from home for a day or two every month, he said.

"Women tend to force themselves to continue their tasks, so they often go to work, where one day of sick leave might actually be better in order to perform better in the following days," Nieboer said. 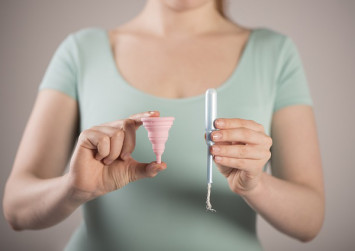 His team believes the impact of menstrual symptoms on women and society is underestimated, largely because it is still taboo to discuss female health issues and women are afraid of stigma for doing so.

Nicole Woitowich, Associate Director of the Women's Health Research Institute at Northwestern University in Chicago, agreed that women may fear discrimination in schools or workplaces.

"I do think that perhaps it's really none of the employer's business, that we should be able to take time off, regardless, without having to share the rationale behind why," Woitowich, who was not involved in the study, told Reuters Health by phone. "But also, I do see how this is uniquely a women's issue and ... perhaps these women just don't want to propagate gender bias, where they might be discriminated against or seen as 'less than.'"

Gynecologist Dr. Deborah Bartz of Brigham and Women's Hospital, who was not involved in the study, noted that stigma surrounding women's health is intimately tied to culture, so the results may be different outside the Netherlands.

"The type of study I would love to see is ...a deeper dive into what's actually surrounding decision-making (about working or taking time off)," she said in a phone call.

The authors acknowledge that recruiting patients online may have skewed the results, as women with worse symptoms may have been more likely to participate. Also, the analysis relied on participants' self-reports of pain and their estimates of productivity levels, rather than on objective data. The researchers also lacked information on what other health problems the women may have had.

Still, they conclude, "We have found that the impact of (menstrual symptoms) on work and school productivity is considerable and that presenteeism contributes significantly more to the matter than absenteeism. Future research should identify how women affected by (these symptoms) could be helped best and how their productivity can be improved in order to reduce the societal impact (of) absenteeism and presenteeism."