Privacy curtains at hospitals could be reservoir of deadly bacteria: Study

PARIS - Hard-to-clean privacy curtains in hospitals and nursing homes worldwide may be contaminated with deadly drug-resistant bugs, according to findings to be presented on Saturday (April 13) at an infectious diseases conference.

More than a fifth of 1,500 samples taken from six post-acute care nursing facilities in the United States were laced with one or more dangerous bacteria, including the hospital bug MRSA, researchers found.

Nearly 20,000 MRSA-related deaths occurred in the US in 2017, most of them from hospital- acquired infections, according to the US Centres for Disease Control.

"These pathogens on privacy curtains often survive and have the potential to transfer to other surfaces and patients," said co-author Lona Mody, a doctor and researcher for the University of Michigan Medical Center. "As privacy curtains are used all over the world, it's a global issue."

Read Also
Super fungus Candida auris: What you need to know about catching bugs in hospitals 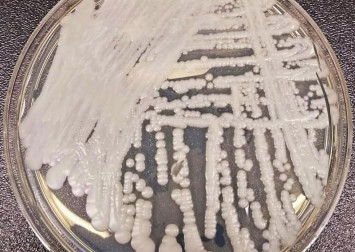 A comparison of bacteria found on the patients and the curtains showed that both were often contaminated with the same strains.

The bugs in these cases likely moved from the patient to the curtain, the findings suggested, but the opposite is "certainly possible", Mody told AFP.

The results, in the pipeline for peer-review publication, were to be unveiled at the European Congress of Clinical Microbiology & Infectious Diseases in Amsterdam, running April 13-16.

Despite improvements in hygiene, hospitals awash with antibiotics can become incubators of drug-resistant bacteria that mutate to survive the drugs designed to eradicate them.

In-patients, meanwhile, with weakened immune systems and open wounds after surgery are especially vulnerable to attack.

Typically made of plastic or cotton, curtains that separate beds or encircle them in private rooms are often cleaned infrequently.

Previous research has examined their capacity to retain bacteria, but this is the first to look at a "post-acute" setting, the authors said.

The patients in the skilled nursing facilities were hospitalised on average 22 days.

Bacterial samples from 625 rooms were taken upon admission, and periodically thereafter up to six months, assuming patients were still on site.

A total of 22 per cent of curtain samples tested positive for multi-drug resistant bacteria, ranging from 12 to 29 per cent, depending on the facility.

The percentage of curtains infected with different bugs ranged from five per cent for MRSA, to six per cent for resistant gram-negative bacilli (R-GNB), and 14 per cent for vancomycin-resistant enterococci (VRE) - all potentially deadly.

"There is an increasing recognition that hospital environments play an important role in transmission of pathogens," Mody said.

"Privacy curtains are often touched with dirty hands after a patient interaction," she added. "They are cumbersome to disinfect and clean."

The concentration of bacteria her team found on curtains was higher than on bedside table tops, but less than toilet seats, bedrails and TV remote controls.

The researchers said their findings - based on "traditional microbiologic methods" - needed to be duplicated using more advanced genomic methods.