NEW YORK - Mondelez Global LLC has voluntarily begun recalling some Ritz Cracker sandwiches and Ritz Bits products over concern that they may include an ingredient tainted with Salmonella.

The company said in a statement on Saturday that it has not received any complaints of illness, and that it issued the recall as a precautionary measure.

The concern is over the ingredient whey powder, which one of Mondelez's suppliers has recalled due to "the potential presence of Salmonella," according to Mondelez. 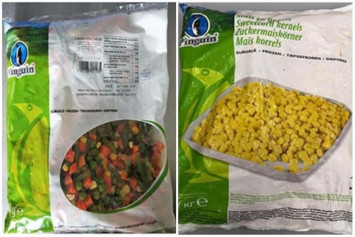 Salmonella is a microorganism that can cause people to experience fevers, nausea and gastrointestinal problems, which can be serious in children and others with weakened immune systems, the company said.

The recall extends to more than a dozen types of Ritz cracker sandwich and Ritz Bits products sold in the United States, including Puerto Rico and the US Virgin Islands.