People who consume lots of sugary sodas and sports drinks every day may be more likely to die early of causes like heart disease and cancer than people who rarely if ever indulge in these beverages, a US study suggests.

"Here in the US, about half of the population consumes at least one sugar sweetened beverage per day," lead study author Vasanti Malik, a nutrition researcher at the Harvard T.H. Chan School of Public Health in Boston, said by email. "Replacing sugar sweetened beverages with other beverages, particularly water, is one strategy to improve health and longevity."

Sodas, sports drinks and other sugar sweetened beverages are the single largest source of added sugar in the American diet, researchers note in Circulation. Although consumption has declined in the past decade, it has rebounded slightly in recent years - and the typical adult gets about 145 calories a day from these drinks.

The study wasn't a controlled experiment designed to prove whether or how sugary drinks might directly cause health problems or send people to an early grave. But it's likely that both the added sugars and calories in these beverages play a role, Malik said.

That's because the link between sugary drinks and early mortality wasn't as strong once researchers accounted for diet and lifestyle factors, including how many calories people consumed.

And the increased risk of cancer seen with sugary drinks is "likely driven by diet-related cancers, including breast cancer and, to a lesser extent, colon cancer," Malik said.

In the current study, the risk associated with sugary drinks rose with higher consumption for men and women.

Data for the analysis came from 37,716 men in the Health Professionals follow-up study and 80,647 women in the Nurses' Health Study. Researchers accounted for other dietary factors, physical activity and obesity, so that any effect measured could be independently linked with sugar-sweetened beverages.

Read Also
Where (and what) to eat if you are (pre) diabetic in Singapore? 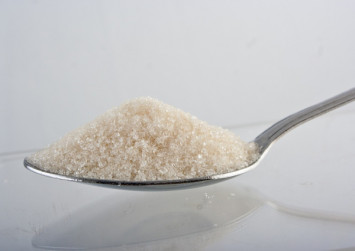 More research is needed to verify the connection between artificially sweetened drinks and mortality risk, the study authors note. It's also possible that results for these study participants might not represent what would happen for other US adults.

Even so, the results add to the mounting evidence that sugary beverages like sodas and sports drinks are harmful, said Nicola McKeown, a researcher at the Friedman School of Nutrition Science and Policy at Tufts University who wasn't involved in the study.

Daily consumers of sodas, sports drinks and other sugary beverages should "cut down substantially," McKeown said. "These beverages deliver no health benefits."