Sudden loss of wealth in mid-life may boost death risk

People who suffer a sudden, major financial loss in mid-life may face a 50 per cent higher risk of dying within the next 20 years, said the first long-term study of its kind Tuesday.

The report in the Journal of the American Medical Association (JAMA) examined the health effects of losing 75 per cent or more of one's total wealth during a two-year period.

About one-quarter of Americans aged 51 and higher have faced this scenario in their lifetimes, said the study.

"We found losing your life-savings has a profound effect on a person's long-term health," said lead author Lindsay Pool, a research assistant professor of preventive medicine at Northwestern University Feinberg School of Medicine.

Loss of life savings may have spiked during the Great Recession from 2007-2010, but these crises happened to Americans at a relatively consistent rate over the past two decades, "regardless of the larger economic climate," said the report in the April 3 edition of JAMA. 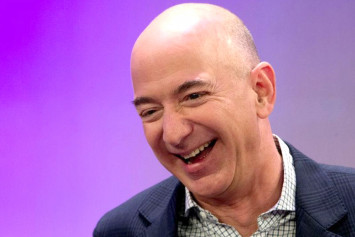 Researchers also studied an age-matched group of low-income people who never had any wealth, and found that their risk of dying in the next 20 years was 67 per cent higher than those whose nest eggs grew steadily over their lives.

"The most surprising finding was that having wealth and losing it is almost as bad for your life expectancy as never having wealth," Pool said.

Reasons for the higher death risks could include finding it hard to pay for medical care, and health effects of major anxiety due to losing so much money, researchers said. But more study is needed to figure out the true causes.

The JAMA report was based on data from more than 8,700 people who took part in a long-running national survey called the Health and Retirement Study from the National Institute on Aging.

Participants were between 51 and 61 when they enrolled.