On April 3, the US Food and Drug Administration warned of potential safety risks from the use of e-cigarettes after it found certain users had suffered from seizures.

WASHINGTON - The US Food and Drug Administration on Wednesday (April 3) warned of potential safety risks from the use of e-cigarettes after it found certain users had suffered from seizures.

The announcement comes at a time when the regulator is aiming to curb the surge in teenage use of the popular nicotine devices, which the FDA Commissioner Scott Gottlieb, due to leave the agency this month, has termed as an "epidemic".

The agency said it had observed a slight increase in the reports of seizures since last June and has identified 35 cases of seizures following use of e-cigarettes between 2010 and early 2019. The seizures, which mostly involved youth or young adult users, had occurred after a few puffs or up to one day after use.

E-cigarettes have been a divisive topic in the public health community, with some focusing on the benefit of shifting smokers to less harmful nicotine products, while others fear it would create a new generation addicted to nicotine.

Seizures or convulsions are known potential side effects of nicotine poisoning and have been reported in relation to intentional or accidental swallowing of nicotine-containing e-liquids, according to the FDA statement. 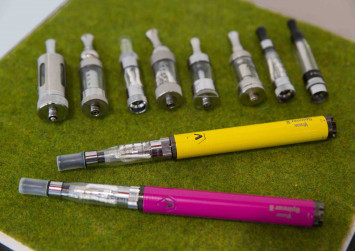 However, the agency said it could not yet say for certain that e-cigarettes had caused the seizures and the cases warrant an investigation into whether there is in fact a connection.

Last month, the FDA had released formal plans to curb the sale of flavoured e-cigarettes, which involve restricting the availability of flavors other than tobacco, mint and menthol, to stores or online portals where strong age-verification protocols are in place.

The agency on Wednesday said that it was also looking into any additional consequences to nicotine use as some e-cigarettes deliver high concentrations of nicotine.

The FDA said many of the reports it had received lacked enough information to identify a specific brand or sub-brand of e-cigarettes.

Some of the reported seizure cases involved users who had a prior history of seizure diagnosis, while a few others suffered seizures in association with use of other substances such as marijuana or amphetamines.