And water polo players in offensive positions take relatively more hits to the head than their more defensive peers, the research showed.

"A lot of the focus has been on American Football, but this study shows that in other sports like water polo, repeated hits to the head can be frequent - possibly more frequent than we thought or knew about," said Michael Alosco, assistant professor of neurology at Boston University, who wasn't involved in the study.

The data is scant when it comes to water polo, said senior study author James Hicks from the University of California, Irvine.

In an earlier study, Hicks and colleagues surveyed water polo players and found that roughly one in three said they had gotten a concussion during a game. 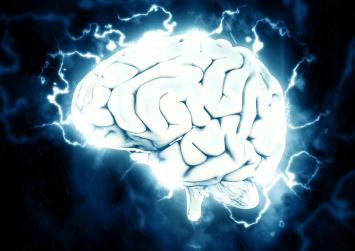 Field players took 246 hits while in offensive positions, compared with 93 hits while defending and 72 when the players were transitioning from defence to offence or vice versa.

Players in the "centre" zone, which is centrally located and directly in front of the goal, had the highest rate of head impacts, compared with players on other sides of the field.

Both defensive and offensive players in this centre zone were equally at risk.

Magnitude of the head impact did not differ between different scenarios or across positions, however.

Also, none of the athletes were diagnosed with a concussion during monitoring.

"The issue with the sport in terms of the incident rate of concussion is that record-keeping is not as diligent as it is in American football or other sports, particularly at the collegiate level," Hicks said.

Until the injury information is systematically recorded, Hicks said it would be hard to get a good look into the number of head injuries in the sport.

USA Water Polo, the US governing body for the sport, declined to comment on incidence rates of concussions, while the NCAA did not immediately respond to a request for comment.

It is possible that safety could be improved by a water polo cap capable of reducing the impact of head impacts, Hicks and coauthors write in the journal PLoS One. Currently, water polo athletes wear caps with a guard on both sides to protect the ears.

"People have asked me in the past - is getting hit in the head even an issue in water polo? What I like to remind people of is, look at the water polo caps in the 1950s. There is no protective ear guards on the caps," Hicks said.

Ear guards were added only because players were losing hearing or sustaining ear drum damage when water was forced into their ear canals after head impacts, Hicks added.

"Part of the value of this study and future studies ... is that they will actually provide a database to inform the people that organise this sport to think about whether or not there should be a rule change," he added.