Severely obese women who opt for weight-loss surgery may be cutting their risk of breast cancer along with their extra pounds, a large U.S. study suggests.

Researchers compared two groups of women with morbid obesity: nearly 18,000 who underwent various forms of so-called bariatric surgery and nearly 54,000 who did not. The groups were similar in terms of age, medical conditions and body mass index (BMI, a ratio of weight to height).

Among postmenopausal women, the reduction in risk was more pronounced for estrogen receptor (ER)-positive cancers. These tumours depend on the hormone estrogen for growth; the estrogen attaches to proteins called receptors on the cancer cells.

Among premenopausal women, by contrast, the risk reduction was more pronounced for ER-negative cancers, which don't depend on estrogen to grow and are more common in younger women. 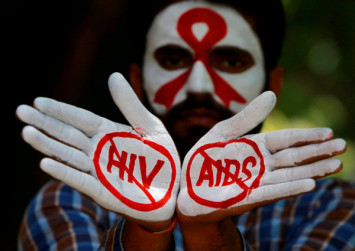 "The main takeaway is that the benefits are not exclusive to postmenopausal women or ER-positive women and this adds to the now growing body of literature supporting cancer reduction as a meaningful benefit of weight loss," Dr. Brian Smith of UC Irvine Health in Orange, California, who was not involved in the study, told Reuters Health by phone.

That body of literature includes a large 2017 study that found morbidly obese women who had bariatric surgery were less likely to develop any type of cancer, not just breast cancer.

According to the US National Institute of Diabetes and Digestive and Kidney Diseases, the benefits of weight loss surgery can also include improvements in many health problems related to obesity, such as type 2 diabetes, high blood pressure, high cholesterol, sleep apnea, urinary incontinence, and knee and hip pain.

The researchers on the current study found, however, that the reduction in breast cancer risk began to evaporate beginning about three years after the operations were performed, possibly as people tend to regain their weight.

Further studies will need to observe the patients for longer periods and consider the amount of weight lost and regained to see if the benefit of cancer risk reduction can be maintained, study leader Heather Spencer Feigelson of the Kaiser Permanente Institute for Health Research in Aurora, Colorado, told Reuters Health by phone.

"It could just be that this effect we're seeing is only a short-term effect," she said.