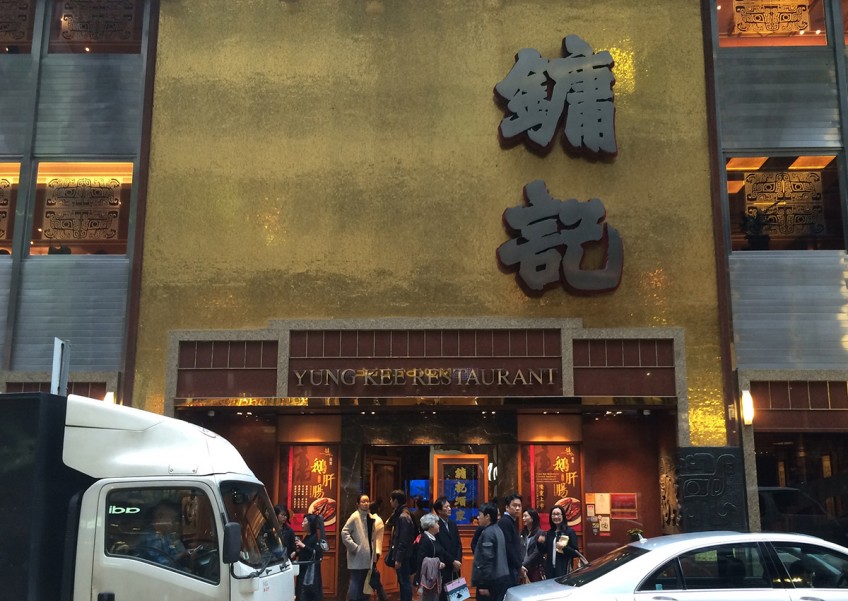 The deadline had been set by the Court of Final Appeal to resolve a long-running family feud over control of the 73-year-old establishment.

Judge Geoffrey Ma dismissed a last-minute appeal by Mr Carrel Kam, a third-generation scion of Yung Kee, to extend the deadline, which was set to expire at midnight Wednesday and had been extended from Dec 9.

Mr Kam had told reporters outside the court on Wednesday afternoon that the request was only procedural and the family was making plans to wind up the business, Apple Daily reported.

The move by Mr Kam's branch of the family was the latest in the long-running family dispute.

The business, which started out as a humble eatery, was founded 73 years ago by Kam Shui Fai who died in 2004. He left the bulk of the company's shares to his first and second sons, Kinsen and Ronald - Carrel's father - respectively, with the understanding that they were to run the restaurant together.

The rest of the shares went to other members of the family. But they soon took sides and gave their shares to the brothers they supported after a bitter rivalry over control of the business split the siblings.

Kinsen's shares grew to 45 per cent, while Ronald gained the upperhand with 55 per cent of the shares.

In 2010, Kinsen went to court to force his younger brother to buy his shares for an estimated HK$950 million or liquidate the company. But this was rejected by Ronald.

The case went all the way up to the Court of Final Appeal which in November ordered the restaurant's holding company, Yung Kee Holdings Ltd, to wind up if the two feuding sides could not agree on the purchase price by Dec 9.

Ronald, whose children now run the restaurant, had offered up to HK$1.1 billion (S$200 million). But the family of Kinsen, who died of cancer in 2012, believe they are entitled to HK$1.3 billion.

The deadline was later extended to Wednesday. If Kinsen's widow does not accept Ronald's offer by midnight on Wednesday, the company will officially go into liquidation.

But it may be years before foodies see the last of their favourite fowl dish, as the Yung Kee restaurant may continue to operate - with permission from its liquidators - until the company is formally dissolved, the Apple Daily reported.

This article was first published on December 16, 2015.
Get a copy of The Straits Times or go to straitstimes.com for more stories.