Kwek Leng Joo: He was a pillar of quiet efficiency 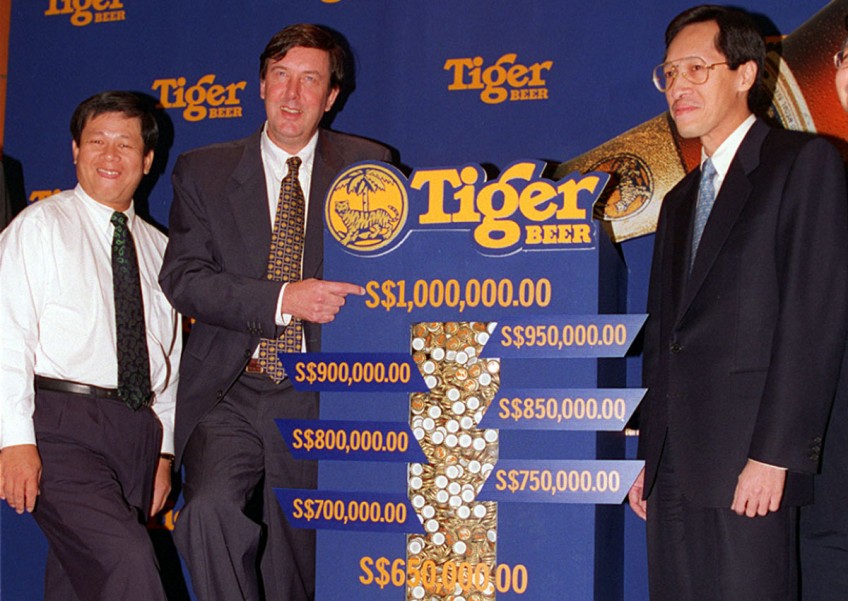 As the first S.League chairman once told me: "You know your job, so I won't tell you what to do."

It was way back in 1996, when the professional league was launched.

He was the football boss, and I chaired a sub-committee on media and marketing for the Goal 2010 project which worked in tandem with the S.League.

The photo buff also once told an award-winning photographer: "I have better equipment than you, but you take better pictures."

Even as the head honcho of the S.League, he went around taking pictures, especially of nature, with sophisticated equipment.

But he admired the pictures taken by Jerry Seh, who first worked for The New Nation before moving on to The Straits Times.

Call it humility. Or modesty. Or even plain submission.

They're apt adjectives that describe Kwek Leng Joo, who died yesterday in his sleep, aged 62.

The deputy chairman and executive director of property giant City Developments Limited was a high-flying businessman, but he always had his feet on the ground.

And sports, namely football and bowling, benefited from his mere presence, good advice and welcome benevolence.

The mid-Nineties were a difficult period for local football, especially because Singapore had left the Malaysia Cup, a historic inter-state competition that was inaugurated in 1921.

And when approached by then-Minister and Football Association of Singapore president Mah Bow Tan to take charge of the S.League, a fully-professional tournament, Kwek agreed to do "national service".

He got things moving swiftly, naming a team of fully committed officials who helped him with the difficult task.

And Kwek - although he preferred a low profile when it came to publicity - led from the front.

He set things in motion, worked hard to secure sponsorship and put in order a professional league that was a big hit in the inaugural years.

His deputy, Patrick Ang, who gave up his position as Geylang International chairman, said: "I was shocked to hear of Kwek's passing.

"He was a gentleman, a true friend who, when given a task, ensured that he discharged his duties to the best of his ability.

"Then, we had little problem getting sponsorship for he had clout, and was a recognised face.

"I remember him staying up for meetings even past midnight to secure business deals.

"He was a highly respected figure. And the good thing about him was that he allowed the best people in particular jobs to decide on what to do.

"He seldom interfered and was always a good role model."

Football aside, Kwek helped local bowling during a period in the mid-Eighties when the sport ran into financial problems.

Few people knew about this.

That was Kwek. An effective, relatively quiet, affable leader, who preferred to work in the shadows.