The iconic Singapore Airlines sarong kebaya - a traditional Nyonya blouse-dress in an elegant batik print - doesn't just make the SQ stewardesses look good - there are many clever design details you didn't know about, too.

1. The uniform is designer wear 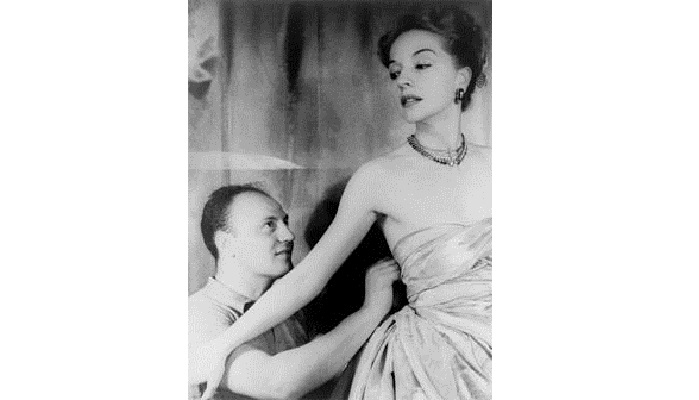 The iconic SQ girl uniform was designed by Pierre Balmain, notable haute couture fashion designer, in 1972. The design has remained the same since its introduction and is one of the most recognisable uniforms in the airline industry.

2. There's more than one colour 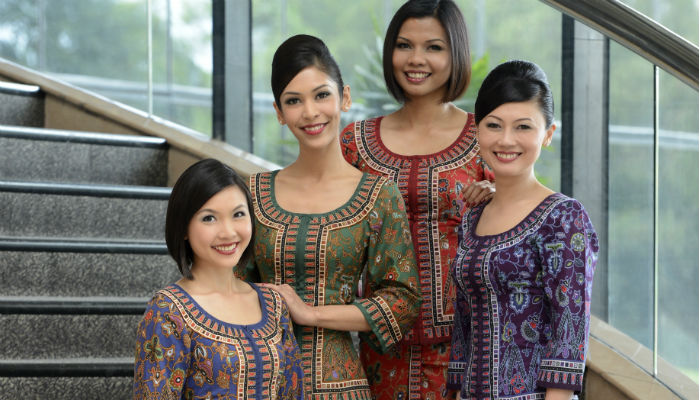 And there's a meaning to them! Blue uniforms are for flight stewardesses, green for leading stewardesses, red for chief stewardesses and purple for in-flight supervisors. 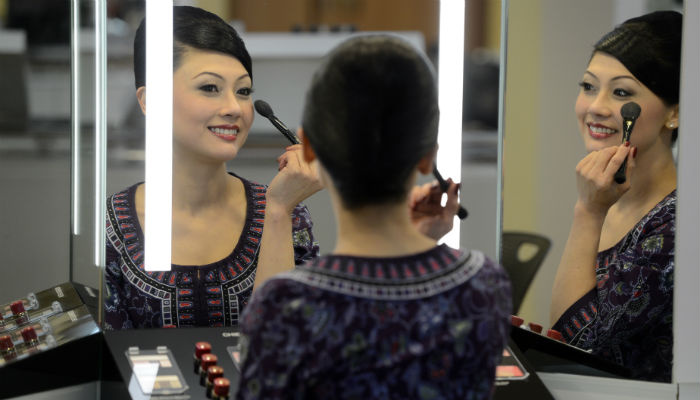 And their makeup complements the colour of their uniform, too. Stewardesses are assigned eye palettes with different tones, from blues or browns for stewardesses to plums for in-flight supervisors.

4. Their sarong kebayas are equipped with safety features 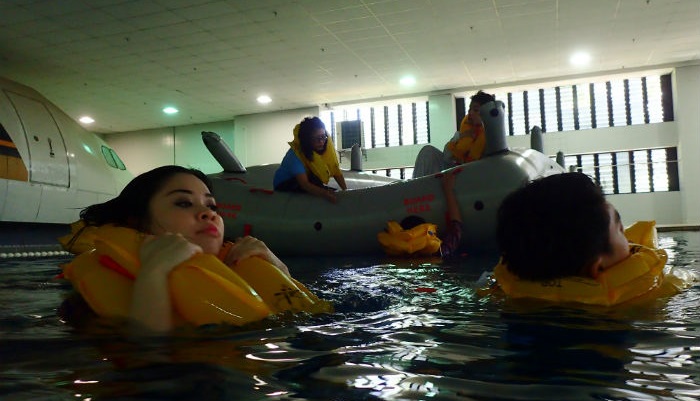 The body-hugging sarong kebaya isn’t just pretty – in times of emergency when mobility is a concern, the slit at the front of the skirt allows two corners of the fabric to be held up to the waist and tied, to allow ease of movement.

5. There are no standard sizes 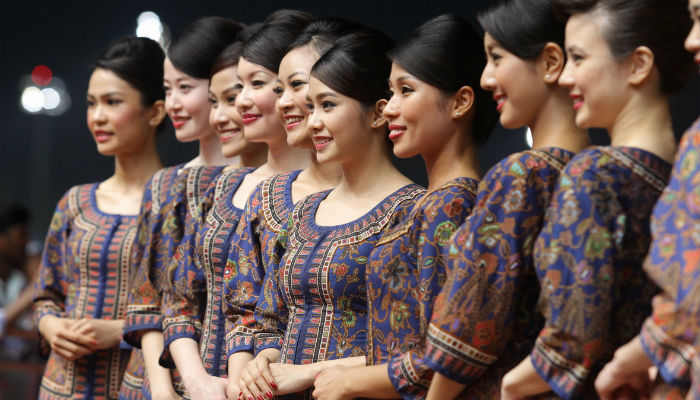 The reason why SQ girls – all of them – look so good in their uniform is because each one is tailor-made. There’s no standard sizing for the sarong kebaya as designer Pierre Balmain had insisted on a tailored fit to suit the feminine form.

6. The neckline holds a secret 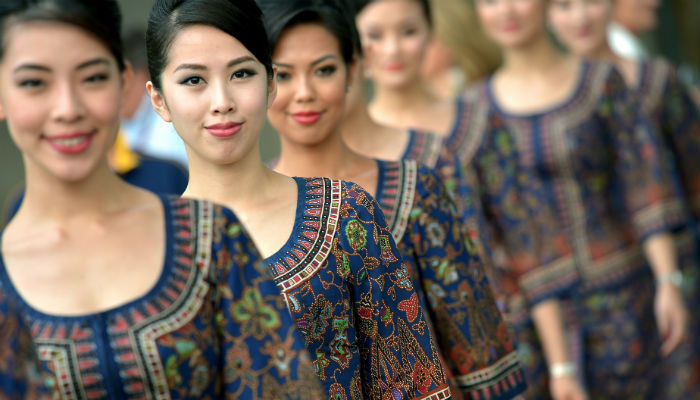 The neckline of the sarong kebaya is actually made out of a straight piece of cloth, and takes meticulous skills to craft a beautiful curve which makes up the neckline. They may look uniform, but each curvature is custom for each stewardess, too.

7. One uniform for all flights 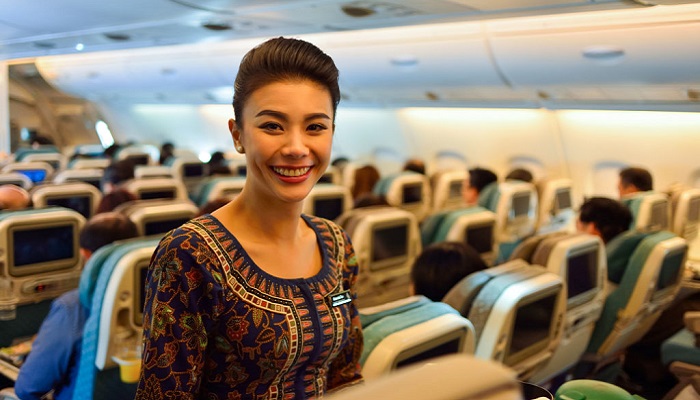 Most other airlines have different variations of uniforms, with options of skirts or pants for the female cabin crew. This is because some Middle Eastern countries require them to have covered legs, but as the sarong kebaya features long skirts, there's no need for any variation.

8. The uniform extends far beyond the sarong kebaya 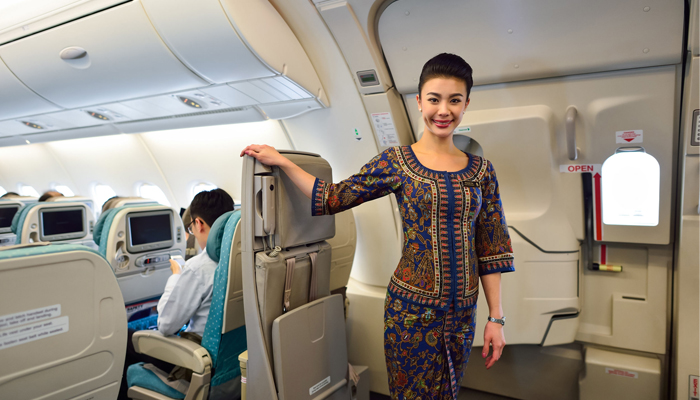 It might be the most iconic part, but it’s certainly not the only part. Grooming is a huge part of the uniform too, and that means having similar makeup and hair. There’s also a strict guideline on earrings, bracelets, watches and rings that can be worn, including permitted colours to sizes. 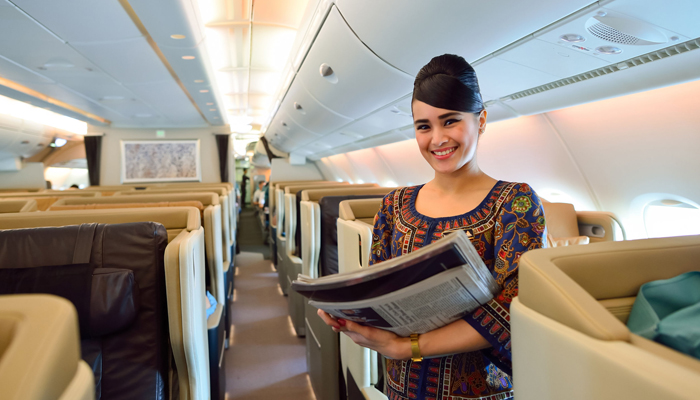 When landing in countries with cold weather, stewardesses are required to put on a scarf, gloves and a winter topcoat to stay warm. The scarf features the batik print on the sarong kebaya, while the topcoat is dark blue in colour.

10. They carry more than one pair of shoes 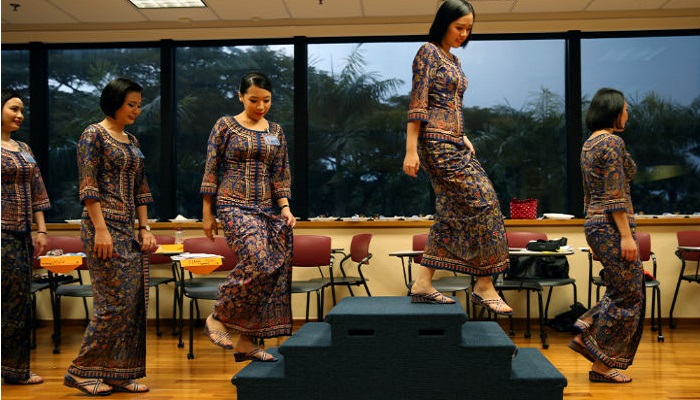 Since the SQ006 crash in 2000, there’s been questions raised about the protectiveness of their sandals. So, covered shoes were implemented, which are worn by stewardesses during take-off and landing.

This article was first published in The Singapore Women's Weekly.