Breastfeeding success is possible. Here, Singapore doctors and lactation consultants share tips and advice to help you get off to a good start.

If you can, allow your new baby to latch on to the breasts within the first hour after birth, says Sarah Ho-Lim, a lactation consultant at the Department of Obstetrics and Gynaecology at National University Hospital.

Her suckling reflex is strongest during this time and will make breastfeeding easier thereafter. Such skin-to-skin contact also allows both you and your precious bundle to bond immediately.

While at the hospital, ask your lactation consultant how you can breastfeed in various positions, such as cradle, football hold and side lying.

There is no one best position, says Sarah, and you should experiment until you feel comfortable. Certain positions can drain various parts of the breast better, and will come in handy if you encounter blocked ducts later.

Wondering why your milk doesn't resemble the texture of cow's milk?

Read Also
Should women text on their phones while breastfeeding? 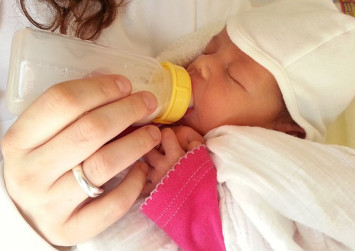 That's because you're not a cow… even though you may feel like one, quips Dr Yong Tze Tein is senior consultant at the Department of Obstetrics and Gynaecology at Singapore General Hospital.

She is also president of the Association for Breastfeeding Advocacy (Singapore).

The sticky, yellowish milk you get in the first few days is known as colostrum. This is low in carbohydrate and fat but rich in protein, and is easily digested by your newborn.

It also provides protection against viruses, bacteria and allergens, and stimulates her immune system. No wonder it's sometimes called "liquid gold".

The transition to mature milk - made up of foremilk and hindmilk - takes place over a few weeks. Your supply is dynamic and changes to meet your baby's needs. The store-bought infant formula that has been homogenised, pasteurised and treated is just not the same thing, she says.

For a start, Sarah recommends offering both breasts at each feed to encourage equal stimulation for milk production. When you've established your milk supply, you can empty one breast during a feed and switch to the other for the next, if you prefer

First, the bad news: Your nipples can become sensitive and sore even if your lactation consultant has confirmed that the position and technique are correct. 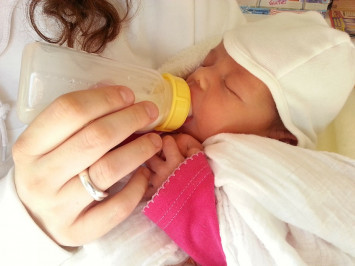 This can be due to prolonged suckling, since your newborn nurses eight to 12 times per day for the first month. Hormones also play a part in contributing to the sensitivity, explains Sarah.

The good news? Rest assured that it will get better.

You can apply nipple cream after each feed, and let your breasts air dry for a few minutes. If the pain persists after a few weeks, seek advice from your lactation consultant again to rule out the possibility of a fungal infection of the breast.

That's often a breastfeeding mum's top concern. When nursing your little one directly, it's difficult to tell how much milk you are producing unless you are expressing it.

But there's no need to do that. Sarah suggests a few indicators you can count on, such as:

- Listening for swallowing sounds during breastfeeding.

- Softening of the breasts after nursing.

- Checking her diapers. When Baby is about one week old, she should have four to six wet diapers daily (pale yellow or clear urine) and four to six poops every day (yellow, seedy and soft or watery).

Don't nurse your baby only when she cries, says Sarah, because that's often a late sign of hunger.

Read Also
More breastfeeding could save the world $1.36 billion every day 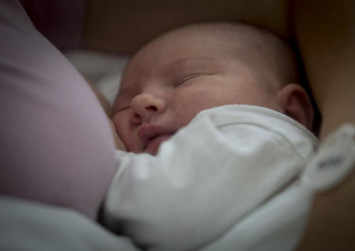 Breastfeeding on demand means you feed her when she shows early feeding cues: her eyes open, her head turns sideways, she sucks her fingers, her tongue protrudes, and she's alert and makes soft sounds.

When you feel your breasts are "full", that's also an indicator to feed your little one.

During Baby's first two weeks, you can be nursing as often as every 1½ to two hours. But resist comparing with your friends how long and often you nurse your child; it varies for different people.

Got a fever and rock-hard breasts? You're likely to have developed mastitis, a painful bacterial infection. See your doctor early for appropriate treatment and antibiotics.

If left untreated, mastitis may lead to a breast abscess, which may require surgical drainage, says Dr Yong.

Meanwhile, continue to feed or pump frequently, as engorgement and incomplete emptying of the breasts can worsen the condition.

Even if there appears to be pus, it's all right to nurse your baby, as you're likely to have gotten the bacteria from her mouth anyway. Be sure to get plenty of fluid and rest, as dehydration and fatigue can make you feel worse.

But you just nursed her, you think. Well, some babies feed more often and with shorter intervals between feeds at certain times of the day.

This is known as cluster feeding or bunch feeding, shares Dr Chua Mei Chien, a senior consultant at the Department of Neonatology at KK Women's and Children's Hospital (KKH).

While this can happen anytime during the day, it very often occurs in the evening. This may be followed by a longer duration of sleep.

Some refer to this behaviour as "tanking up" before a long sleep. Follow your baby's lead - if she wants an extra feed at the breast or to nurse for longer, allow her to do so.

But don't force her to drink more than she wants. There's also no guarantee that drinking more milk in the evening will help your child sleep through the night.

When Baby is four weeks old, you can start expressing your breast milk once or twice a day, and also feed her from the bottle once a day. If she refuses the bottle, have a family member offer it.

She may miss being nursed by you. You may also want to change to a different brand of bottle teat.

Increase the frequency gradually about one to two months before you return to work, recommends Cynthia Pang, an assistant director of nursing clinical and senior lactation consultant at KKH.

By then, you should aim to stock up at least a week of milk supply in the freezer.