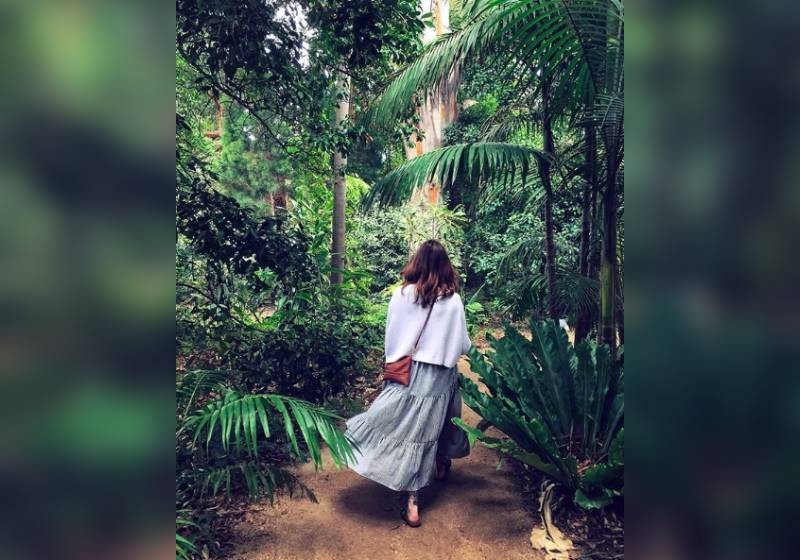 A holiday is often one of the most significant purchases we make in a year, and so, getting the most bang for our buck would be a terrific perk. So instead of paying for that expensive private tour, why not visit some free attractions, of which, some provide free tours!

Here are 10 of our picks for the best free attractions around the world:

This monument of democracy is occupied by the House of Representatives in the south wing, and the Senate in the north wing.

There are free guided tours available for reservation and are an hour long.

The tour takes you through the hallowed halls of the historic building, showcasing the elaborately decorated structures, littered with antiquities and memorabilia throughout the history of the US Congress. Boy, if the walls could speak.

The "world's largest museum, educator, and research complex," some of you might be surprised to know that this monumental collection of institutions that is The Smithsonian is free to enter. Even the zoo is free!

The range of attractions is incredibly expansive, so it would probably take a few days to conquer them all.

From the glamorous gowns of the First Ladies in the Museum of American History to the lifelike portraits of the US Presidents in the National Portrait Gallery, American history buffs would be absolutely delighted.

For the artsy folks out there, head to the Hirshhorn Museum and Sculpture Garden, while paleobiology aficionados would be fascinated with the Museum of Natural History's massive collection of fossils.

Patience and Fortitude (the marble lions statues) greet you as you approach the magnificent Beaux-Arts building, The New York Public Library is undoubtedly one of the best free attractions in this very expensive city.

The building itself is an attraction in its own right, being the most massive marble structure in the US in its time, and housing the enchanting Rose Main Reading Room and its intricately coffered ceiling.

Guided tours here are provided free of charge as well, or if you prefer trotting about on your own, the library also offers a free audio guide.

Within the walls of the library besides a treasure trove of books are some remarkably important historical artifacts, including a Gutenberg Bible, cartographical pieces dating back to the 16th century, and an original copy of the Declaration of Independence.

The 2000-year-old monument is one of the most significant buildings in the Western world and is also Rome's most well-preserved one.

This grand dame is considered one of the greatest feats of Roman architecture, featuring rigorous symmetry and gargantuan scales. Passing through its towering bronze doors, you get an idea of what's to come once you're inside.

The centerpiece of the church is undoubtedly its dome - still holding the title as the largest unreinforced concrete dome to exist.

The draining system is also an engineering masterpiece; while rainwater enters, it drains away into 22 inconspicuous holes around the sloped marble floors.

Regarded as one of the most sacred sites of Christianity, St. Peter's Basilica is where the Pope presides over liturgies conducted throughout the year.

The current basilica was completed and consecrated in 1626 after the old one was torn down, and the construction of the new one began 120 years before.

The body of St. Peter, one of Jesus' disciples, was buried right where the building now stands.

This holy site is also an incredibly monumental one for arts and architecture, with works from Michelangelo, Bramante, and Carlo Maderno prominently featured in its design and construction.

The colossal St. Peter's Baldachin is also located here, which is undoubtedly one of the most prominent, famous, and important pieces of art to ever exist.

10 world-famous monuments and buildings you probably didn't know you can visit for free - tick off your bucket list now, free of charge!

Spreading across an incredulous 23 hectares, the Jardin du Luxembourg is an elegant symphony of beautifully manicured gardens.

With chestnut groves, vibrant flowers, and lush lawns, this exceptional beauty is littered with intricate statues, fountains (including the spectacular Fontaine des Medici), and the iconic green seats.

The gardens themselves are free to visit, but some surrounding sites require an entry fee. These include the Musee du Luxembourg and the Palais du Luxembourg.

The former includes some important paintings from the legendary Paul Cezanne, while the latter is the current home of the Senat.

While most sections of the Great Wall have an entrance fee, the Jiankou section does not.

Boasting one of the most impressive views throughout the snaking monument, the Jiankou Great Wall may very well be one of the best parts.

It traverses through a rocky and steep mountain, which gives visitors incredible panoramas of the area.

However, this section is quite a dangerous section to climb due to the terrain and lack of restoration. Therefore, it's only recommended that experienced climbers visit this part.

The nearby Xizhazi Village is also an interesting visit, with authentic olden-time Chinese lodging plastered with Maoist imagery as art.

As you walk past the lush lawns dotted with people picnicking, chatting, or even protesting, you are met by the imposing neoclassical beauty that is the State Library of Victoria.

The centerpiece of this building is the La Trobe Reading Room, formed in an octagon, is jaw-droppingly stunning, in terms of both detail and scale.

There are some significant artifacts that the library houses, including the controversial (and symptomatic of colonial settlements) land treaty of John Batman.

The library also conducts free tours, in a 45-minute format, which is an excellent way for you to cover the labyrinthine library and learn about its history and the history of its exhibitions.

The green lungs of Melbourne, the sprawling Victorian-era landscaped Royal Botanic Gardens Victoria, is one of the city's most beautiful attractions. It is divided into two parts, the Melbourne Gardens and the Cranbourne Gardens.

The Melbourne Gardens is home to a number of wildlife species, including swans, kookaburras, and eels. There is also the Aboriginal Heritage Walk (fees apply) you could opt for.

Meanwhile, the Cranbourne Gardens hosts a wide variety of native Australian plants. Here, you can find mini-ecosystems that attempt to replicate the diverse Australian landscapes.

Just like the Melbourne Gardens, there are many spots perfect for picnicking and for kids and pets to roam around.

The largest mosque in Africa, the Grande Mosquée Hassan II, was commissioned for the former king's 60th birthday.

It sits on a promontory into the Atlantic Ocean, giving the young mosque a dramatic demeanour.

Boasting a 210-meter tall minaret, the mosque also flaunts elaborately intricate detailing throughout the building with wood, stone, gilding, and mosaic tilework from the floors to the walls, to the ceilings.

The building also has a retractable roof, and ablution fountains made with marble from the region and carved into lotus flowers.