15 minutes in the sun is the secret to more passionate sex, says study

Does vitamin D increase testosterone? A new study says that this just might be the key to passionate sex.

Call it heavy influence of pop culture or conditioning, but the world has told us that dimming the lights set up the right mood to make love.

Some people have candles lit up that go with the flowers and decor, while others close the curtains to create an "intimate" environment.

But what if we told you that you've been doing it wrong this whole time.

Turns out, it's not the dim lights but the bright sunlight that works better as an aphrodisiac, as per a new study. Surprised? The researchers behind the study were as well with the results.

The findings of the study was an expected offshoot of a bigger body of research. The discovery was published in the journal Cell Reports, and led by Dr Carmit Levy's lab at Tel Aviv University.

The team was studying the cancerous effects of skin exposure to Type B ultraviolet (UVB). It is one of the three wavelengths present in sunlight.

However, they also discovered a heap of proteins related to sexual behaviour hiding among skin cells.

Roma Parikh, a PhD student in the lab, found initial evidence of UV exposure's effects on testosterone levels in a paper from 1939. However, there was no further research on the topic.

The researchers from the current decided to pursue these findings further. Building on the 80-year-old findings, the current set of researchers confirmed a similar effect on women.

The study also identified the first player in the chain of biological processes, which is the a DNA-repair protein in the skin known as P53.

It's not certain if P53 stimulates the release of fun or flirty hormones by communicating directly with the body's hormone storage centres.

There is also a possibility of it sending messages to the brain first, which identifies this protein and confirms the existence of sun-to-hormones mechanism.

READ ALSO: She became a KTV hostess at 14: Project Green Ribbon co-founder shares traumatic past, including finding out her 'auntie' was actually her mum

In order to prove the effectiveness of this theory, Parik observed mice after exposing them to low-intensity UVB. Researchers claim that the mice were all in love with each other.

When the team measured the sexual hormones in both, the male and female mice, they were much higher after the sunbath compared to the level before.

Researchers recreated the experiment with a small group of 19 humans, and the results concluded with the same hormonal trends.

A questionnaire given to the group also showed higher passion across the board after spending some time in the sun.

Furthermore, the research concluded that women scored higher on questions related to physical arousal. Meanwhile, men scored better in the "cognitive dimension of passion," which included a deeper desire to know their partner.

Too much exposure in the sun can not only cause sun burn gut also increase your chances of skin cancer.

Is it worth then sacrificing your skin's health for arousal? Not really, says the study.

Using sunscreen remains very much an important part of your skin protection process when stepping out in the sun. And the study says that it has no effect on the arousal levels created by by the sunlight. 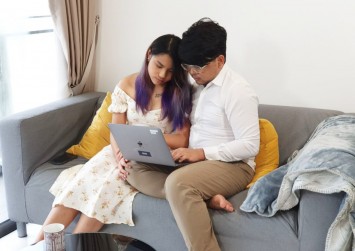 So, apart from a condom, you should be investing in good sunscreen too when it comes to sexual exploits.

Researchers are hopeful that the findings could lead to a possible future of UV treatments such as hormonal therapy. "With infertility going up and young people having less sex, I think it could be really amazing," Parikh says.

So the next time you really want to get it on with your significant other, cancel the dinner and drinks. Instead, take them for a scrumptious brunch/lunch followed by a walk in the park and that should do the trick.

And do remember, not only does Vitamin D increase testosterone and estrogen, it's still great for your good old bones. Yes, just how you learnt in school. Only if they knew!