Launched during the pandemic, these indie breweries in Singapore are seemingly undeterred by obstacles in the F&B industry. Fuelled by passion for craft beers, they are devoted to their pursuit of brewing some of the most unique beverages in town.

Find out who they are and where you can taste their beers.

About four years ago, Mark Chen’s friend introduced him to home brewing. “He had huge brewing equipment which he couldn’t store at his new flat. So he asked if I was interested to take these equipment. Plus he could also teach me the entire home brewing process. A hobby became an obsession, and I wanted to expand and grow this hobby into a business venture,” says Chen who has been in the architectural industry for almost 10 years.

He continues, “As an architect, we have been trained to analyse each design and space from all aspects, whether it is from a design point of view or technical engineering, as well as balancing the client’s requirement and meeting authority compliances. Architecture has taught me how to view things from multiple perspectives. The process of starting a brewery is no different. It is also an act of designing the brew, carefully executing the right techniques with the right ingredients over time, as well as managing your branding and customer’s expectations.” 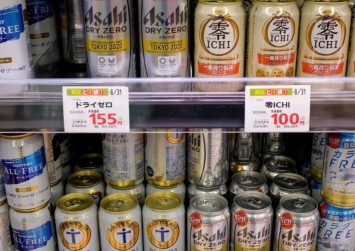 Chen established Niang Brewery Co. in  November 2020, one of the latest breweries in Singapore. “‘Niang’ means fermentation (酿) in mandarin, which is the essence of the beer brewing process. We chose this word for our brewery’s [branding] as we wanted to incorporate the essence of both local flavours and stories in our beer. Much like how certain flavours bring you back to a particular place and time, these stories invoke memories, and we wanted our beers to resonate that through the celebration of local ingredients, diverse culture, aspirations and identities,” he says.

Ingredients-wise, Niang uses regionally sourced spices such as black pepper, coriander seeds, orange peel and ginger in their signature ‘Warming Spirit Saison Ale’, and dried kumquat and osmanthus for the ‘Until We Travel Farmhouse Ale’. Majority of the barley malts and hops come from the US, Europe and New Zealand.

What’s unique is that Niang’s flavours showcase Singapore’s unique elements. For the ‘Confection Cure Pale Ale’, Chen was inspired by his favourite dessert: cheng tng, a cooling treat that uses a good balance of molasses, red dates and longan. “In our Pale Ale, we wanted to achieve that balance using a variety of barley malts together with our Citra and Mosaic hops, so as to achieve that bittersweet malty profile with hints of melon, mango and lychee aromas,” he shares.

“In our Not Home Alone Sour Ale, we started with the intention to create an alcoholic version of our childhood drink, Yakult. We brewed our Sour Ale through kettled sour with lactobacillus as well as white peach and rock melon. The final product is a refreshing balanced juicy and tart mouthfeel, with peach and melon nuances, and wisp of rambutan and watermelon from the Galaxy hops.”

Additionally, Chen deliberately makes most of his beers “drier” on the mouthfeel, so that they can enhance food pairing experiences, as he noticed that ‘fuller’ beers tend to overpower the food that we consume.

In the near future, he hopes to work with F&B partners on pop-up collaboration events to showcase Niang beers with their special exclusive food offerings. For the craft beer community here to thrive, he thinks that local brewers need to conscientiously educate and encourage more people to enjoy good quality beer.

“I truly believe that with a collectively effort, our local vibrant beer community will benefit. I do see that our local craft beer scene has definitely developed and grown, and hope that once tourism resumes, we will be able to reopen and showcase what the best of Singapore has to offer for craft beer.”

The beers are currently available via their online store ( www.niangbrewery.co ), and can be delivered within 24 hours.

The launch of Sunbird Brewing Company was planned about a year before the pandemic started, but was officially launched in April 2020. “We were motivated to go ahead in this difficult period as we want to provide a sense of opportunity and hopefulness to beer lovers, the craft community and at large young entrepreneurs,” says Clive Tan, CEO/ founder. Tan decided to take the leap of faith to follow his passion after university graduation and has been brewing beer for seven years now.

“Without any background or experience in the industry, I bought a ticket to Beerfest Asia and went to ask for a job booth to booth,” says Tan. He then managed to get a part time assistant brewer opportunity with Innocence Brewing (now defunct). And a year later, he was offered a permanent assistant brewer role at Archipelago Brewery where he stayed for four years, learning everything he needed to run a brewery successfully.

Read Also
How do satay and pale ale go together? I try this and other random pairings of hawker food and craft beer at Chinatown 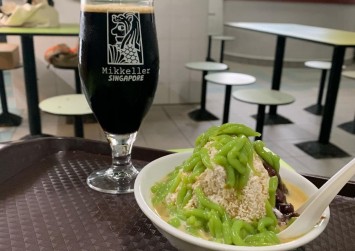 “Once again I was lucky enough to be sponsored to further my education at Institute of Brewing and Distilling (IBD) [in the UK] – and was thereafter promoted to brewer role, in which I led a great team and we produced the largest volume of craft beers in Singapore.”

Sunbird’s range of beers are inspired by creativity and approachability. “We are influenced to craft ‘everyday beer’ that appeals to both seasoned and new consumers. We have five main variants: ‘Fly In Light Pale Ale’ that is fruity and easy drinking; ‘Fluff Up Belgian Witbier’  brewed with orange peels and coriander seeds; ‘Birds of Paradise White IPA’, that was created for Christmas back when I was a brewer at Archipelago Brewery; ‘Galactic Tropical Stout’, which won a Silver Award at the Asia Beer Championship 2021; and ‘Eclipse of The Sun Scottish Ale’ with a nutty and dried raisin flavour.

Tan also curates seasonal beers monthly; it could be something unique to a festive season or even special collaboration such as Moutai White Ale (Guizhou Moutai), Snow Daisy Crysanthemum Gose (Lion Brewery Co.) and the most recent Triple Threat Triple IPA (Brewlander).

He believes that Singapore’s craft beer scene will have a gradual growth in the next few years. “Local brands are popping up every few months for the past year despite the pandemic. In terms of local brands, we have to innovate constantly in order to push our beers out to the market (craft beer bars). While the number of craft beer bars that are solely supporting local brands only are getting lesser, Sunbird has a single goal in mind that is to continuously share our knowledge and present our innovation as an option to Singaporeans who are used to the commercial beers.”

The entrepreneur has taken one step ahead and recently opened Crimson By Sunbird, a neighbourhood taproom at 7 Ang Mo Kio Street 66, #01-06 . It features 10 taps of Sunbird craft beers on rotation matched with a Japanese fusion menu. “We always wanted to have a taproom serving only our beers along with food pairing as well. It’s great to interact with our fans and get to know them personally.”

He adds, “We also explore the possibilities of upcycling our brewery spent grains and turn them into granola that we are serving at Crimson.” Besides organising beer and food pairing workshops in the first quarter of 2022, the brewery will also unveil its first international brewery collaboration brew soon.

Civilization Brewing Co. which produces traditional style craft beers was launched in July 2020 by owner and brewer Tyrell Foster. The Singapore-based American currently brews all his beers at the Jurong Food Hub’s The General Brewing Co. which is an incubation brewery for start-up brands.

The former military officer at West Point Military Academy, New York, started his passion for beer more than a decade ago. He became head brewer of the academy’s brewery, named The Kicking Mule Brewery, which was run by the chemical engineering department. In addition to his bachelor’s degree in chemical engineering, he also received his full brewing diploma from the Institute of Brewing and Distilling.

Foster eventually moved to Singapore four years ago to get married. Here, he has brewed professionally at several other establishments before starting out on his own. “Now, it’s my time to brew what I want to share with people, which is inspired by the classics of beer tradition,” he shares.

He elaborates that beer, just like bread, is as old as human civilisation itself, and has helped develop civilisation – hence the brewery’s branding. The beverage plays an important role in bringing people together and even kept people safe before the days of sanitation. This inspired him to continue the great traditions of beer.

He adds, “Our passion is historical styles that have stood the test of time. We want to (re)introduce these amazing beers to people. This is what differentiates us in the market, as we are not trying to create a new fad beer – we are showing people the heritage behind the traditional styles and their contributions to human civilisation.”

The brewery’s core range are the Vienna Lager, Milk Stout, American Pale Ale, and Weissbier. “Our favourites are the German recipes, after all Germans have a reputation for great beers,” says Foster. The beers are currently available only in Singapore, and can be found at places like Good Luck Beerhouse (Haji Lane), Good Intentions (East Coast Road) and SG Taps (Duxton Hill).

Civilization Brewing Co. is flying the flag for local brewers when its Vienna Lager won the silver medal for the International Lager at the Asia Beer Championship 2020. Furthermore, in the same competition in 2021, the Milk Stout (Stout category) and Vienna Lager  (International Lager category) received the Chairman’s Selection accolade. “Having been a part of the Asian Beer Championships recently, I am very eager to do collaborations with the many talented brewers around Asia as well,” enthuses Foster.

He continues, “For 2022 we are looking to solidify our holdings in the Singapore market, and come up with some new recipes. We also want to release more seasonals as they have always been a hit – especially our Dark Ages Dunkel and October Festbier. There are so many beers from our past that we have forgotten and we are excited to try them out!.”

This article was first published in thepeakmagazine.