Couples may find themselves all loved up this Valentine's, but for singles in Singapore, finding a long-term partner may prove more challenging than locating a needle in a haystack.

And to get to the point of being all loved up, one would also have to tackle an awkward situation that could potentially snowball into something beautiful, or dreadful — the first date.

Does the person have any off-putting quirks? Do they look like their social media profile photos? Will I be attracted to him/her?

There are just so many things weighing on that first meeting. While some are lucky to hit it off, others may not meet their match.

Beyond just a poor first impression, these ladies share with us what made their first date so horrifying.

THE SLOPPY FIRST KISS I DIDN'T ASK FOR

I started using the Internet Relay Chat (IRC) when I was in Secondary Three, and I didn't know it's basically the Tinder of today. I just went online to talk to people for the fun of it, until a guy asked me out.

Despite many warnings from my parents about the dangers of meeting people online, I agreed to go out with him because I thought we were friends and there was no harm in meeting a boy who was the same age as me.

Naively, I thought since we were only 15 years old, what could happen? In my mind, it wasn't even really a date.

Everything went well — we had dinner and caught a movie, until it was time to go home.

We were walking to the bus stop and waiting at a pedestrian crossing when suddenly, he grabbed me by my waist and started kissing me, tongue and all.

Maybe he thought that it was romantic, but that was my first kiss and it was not how I imagined it to be. The kiss was wet, sloppy and gross. I think I was in shock and just let it happen, until the 'green man' signal came on and we could cross the road.

I went home feeling dirty and disgusted. I ghosted the guy after that one meet-up. Subsequently, I never dared to meet people from IRC alone, and maybe because of this bad experience, I never saw the appeal of using dating apps or websites. - Melissa, 32

After having sat on the fence of singlehood for the past two years, I finally took the plunge and went on a date with a guy I met from an online dating app recently.

Mind you, I'm super picky, but this guy seemed genuinely interesting and was able to keep up with the conversation when we were texting on Telegram. We spoke for around two weeks before he asked me out. I liked the fact that he was witty and funny.

It was a simple dinner date. I put on a nice dress (after dusting it out) that I reserved only for dates and did my face and hair. I put in effort. I even put on perfume.

This guy, however, decided that I wasn't even worthy of cologne. He showed up in a T-shirt and jeans. Fine. I'm not that fussy. This happened before the coronavirus outbreak, but he was also sick and kept clearing his throat every five seconds.

After sitting down with him for less than a minute, every cell in my body screamed for me to bail. The funny and charming guy I spoke to online had alarmingly disintegrated, and someone replaced his soul with this boring, mumbly dude who liked to flex on me. 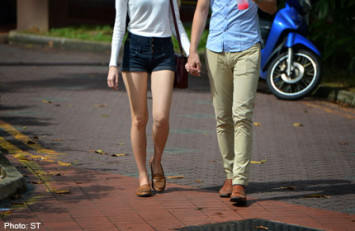 He told terribly cold jokes and our conversations were painfully one-sided. I practically wolfed down my dinner and wanted out. But it was barely 20 minutes in our date and it was too impolite to just go home straightaway. I mean, I just felt bad?

So the bill came and he paid. But because I'm a good date, I politely asked how much my share was. If he'd wanted to go Dutch, I personally wouldn't have minded (much) but what he said made me want to give him a throat-chop.

"You don't have to pay if you don't want to," he said flatly.

Forgive my old-fashioned thinking, but so far on all the dates I've been on, all of them have offered to pay and I was very grateful and impressed.

His answer was so beta the alpha in me came out. I took the bill from his hands and asked for his phone number so that I could PayLah him my $15 meal.

People I've recounted this story to tell me he may simply be a bad communicator, but he could have gone all caveman and gruffly said "me pay, me pay" and I would have been okay with that.

His answer inherently implied that I did not want to pay, which was offensive, as I was sure I did nothing to give that impression.

At some point during the dinner, we mentioned getting dessert so I was just determined to find any dessert place and get it over and done with. The entire date ended after an hour. We said our goodbyes at the MRT station and that was it.

Neither of us texted each other since then, thank god for that. While I wish I took offence that he wasn't into me even after I took one glorious hour to get ready, I'm actually glad we collectively decided that this will never work out.

This is a bizarre story and I'm not even sure what happened till this day.

We started talking on Friendster (yes, it was years ago) after he added me, and we chatted for quite a few months before he initiated the first meetup.

One day, he said he was near my workplace and got me some snacks and coffee. He looked like his profile photo and I had no reason to suspect anything.

But a few weeks after that brief meeting, the ball dropped. He suddenly asked over the phone: "What if I wasn't that person you thought I was?".

This spiralled into him eventually confessing that whoever I had met briefly wasn't him, and that the guy was actually a friend who helped him meet ladies before he decided if he should continue pursuing the relationship. 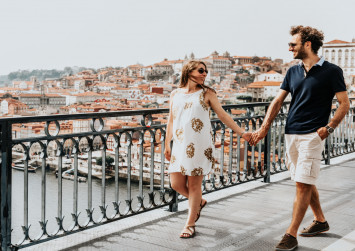 The reason he (let's call him W) gave me was that he had been cheated by his dates before, as he claimed to be quite wealthy. He also sent me a photo of himself. Compared to the guy I'd met, the new photo showed a guy that was bigger in size and had less attractive features.

Despite my shock, I still met up with W for dinner just to find out more, and true enough, he wasn't the same person I had met earlier.

W offered to treat me to an expensive dinner and send me home in his car, but I declined both offers firmly as I didn't want him to think that I was only out for a free meal or to "cheat" him like the other girls he'd met. I only met up with him to get to the bottom of the bizarre situation and had already decided that I wasn't able to even be friends with someone who would do something like this.

Worse still, W started displaying signs of possessiveness and things got a bit too intense after that day. While at first I answered his calls because he seemed emotionally unstable, I gradually ignored his calls and stopped replying his texts after I figured he was just seeking attention.

But looking back, I'm still puzzled as to whether he was telling me the truth as I could have sworn the voice I'd heard over the phone was the same as his imposter. His "friend" could even carry on a conversation during our brief meeting as if he knew me.

Funnily enough, years later I bumped into him at a work event but we both averted each other's gazes and didn't make contact. However, at least the chance meeting seemed to check out his backstory of being well-to-do, as I found out he was actually the owner of the venue we were at. - Victoria*, 33

*Not their real names