5 common scenarios in a divorce settlement: How your property will be divided

Sometimes, despite our best efforts, marriages go wrong. In an ideal scenario, everyone involved parts ways amicably. In a realistic scenario, the division of assets gets messy; and the most serious complication typically involves the home we stay in.

Most Singaporean couples split the cost of their flat or condo, and no one wants to be left homeless or without a share.

Just in case the worst happens, here’s what you need to know about retaining your property. Special thanks to Withers KhattarWong’s Ivan Cheong and Shaun Ho, for contributing their legal knowledge of the matter:

When talking to homeowners about the property as a marital asset, we often encounter oversimplifications. Statements such as “I paid more for it, so the house is mine”, or “It was willed to me by my parents, so my spouse has no claim”.

There is some truth to these assumptions – but it gets more complex than that. Withers KhattarWong tells us that:

This means that the Court has power, separate from the written law, to decide on the “grey” areas when it comes to premarital or matrimonial assets.”

We asked about some of the common scenarios encountered, such as:

Finally, we asked about the legal implications of joint tenancies versus tenancy-in-common when a divorce happens.

1. You contributed to repayments, but the property is under your spouse’s name

This is one of the most common disputes we hear about: the flat, condo, or other property is under your spouse’s name only; even though you’re the one who forked out the initial down-payment, maintenance fees, stamp duties, etc.

In these cases, it’s not as simple as dividing the property based on the direct costs either party has paid:

“According to the Court, there are many factors that contribute to the division of property, such as length of the marriage, size of matrimonial pool, and needs of children (if any), but the two main ones the Court would look at would be the direct and indirect contributions. One’s entitlement to the property is not a simple exercise of dividing the property in accordance with financial contributions. 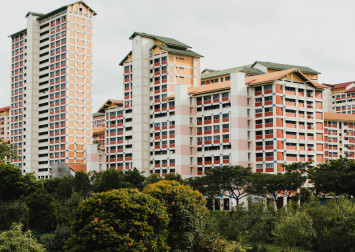 As an aside, we were also told that paying for renovations does count as a direct contribution to the property:

Due to the complexity of these situations, it’s impossible to give a single answer as to what would happen. You’d need to speak to a good family lawyer for advice, and learn your rights based on your specific scenario.

It would probably help if you keep track of what you contribute – that’s not hard these days as bank statements are all digital. Just copy and save all your property-related bills, receipts, etc. in your personal email, or a separate discreet email account.

2. You haven’t helped with repayments, but you’ve made other contributions

So you didn’t help with the down-payment, mortgage, property taxes, or other direct property costs of your property. However, over the years you may have made other contributions anyway – such as the furnishings you’ve bought, the appliances, or even just housekeeping.

This is common with homemakers, and we have some good news for them:

“The Court takes into account all of the parties’ contributions, including both direct and indirect contributions. Even if a party has not made payments for anything during the marriage (which is typical of a homemaker spouse who has not worked throughout the marriage), the Court gives due recognition to that party’s efforts in caring for the family, taking care of the household etc.

''A party that has not contributed substantially to payments for the property will still get a share of the matrimonial assets upon a divorce.”

So yes, even stay-at-home mums or dads may be able to lay claim to their share of the property; whether or not they were the ones directly paying the mortgage.

3. The property was willed to you by your parents

Many homeowners we meet are under the impression that, if the property was left to them by their parents, their spouse can never lay any claim on it. While generally true, it may turn out to not be so simple:

“An inherited or gifted asset is generally excluded from division. A property that was left to a husband (whether as part of the husband’s deceased parents’ estate or as a gift during their lifetimes) will generally not be divided and the wife will generally not receive a share.

Do keep this in mind, when deciding whether to use an inherited property as your matrimonial home.

4. It’s a tenanted investment property, and we’re both co-owners

Some couples own more than one property; such as a larger condo unit they live in, and a shoebox unit that they rent out for income. We’re often asked what would happen to the tenant and rental income, if they were to get divorced.

In particular, some couples may want to split the rental income rather than sell the investment property, as the property market may be in a downcycle. In some other cases, the investment property was purchased in the past three years and would incur Sellers Stamp Duty (SSD) unless sold later; or the couple are willing to wait while an en-bloc sale is pending.

Read Also
Investing in a property with a friend/family? Here's how to choose between joint tenancy and tenancy-in-common 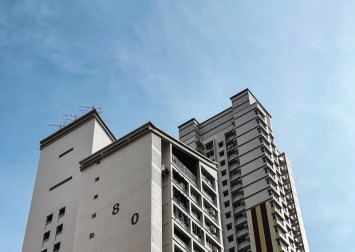 “In a situation of an amicable, uncontested divorce, it is possible for parties to agree to continue to co-own a property post-divorce and to split the proceeds of rental in such proportions as they may agree. Parties in such a situation are however advised to negotiate and agree on an “exit plan”, i.e., what happens when one party wants to sell or is forced into a situation where they must sell.

''Parties should also note that this is not possible with HDB property – HDB rules require that co-owners of a property be in a familial relationship (e.g., husband/wife, parent/child, siblings). Post-divorce, HDB will require the husband and wife to regularise their ownership of the flat by either selling it on the open market or by transferring it to one party.

In a contested divorce proceeding where the division of assets is decided by the Court, the Court is extremely unlikely to order that parties continue to co-own a property post-divorce, and the parties will likely be ordered to sell the property post-divorce. In this situation, the Court will make an order as to how proceeds of rental will be divided between the parties before the sale of the property has taken place.”

5. There are other co-owners besides just my spouse

Here’s the most common version of this scenario that we encounter:

A married couple lives in a single condo unit or landed property with their in-laws. To afford the property, the in-laws also had to come in as co-owners. But now that the couple is getting divorced, they want the property to be sold and divided, even though the in-laws are unwilling to move.

This is what could happen:

“The Court has the power, in divorce proceedings, to divide matrimonial assets between the two parties to the marriage but does not have the power to make orders impacting the property rights / ownership of third parties. The Court will try to create a situation where the likelihood of a dispute over the holding / sale of a property post-division of assets is minimised.

''However, if this is not possible, then the party holding the property with the third-party post-divorce will need to either wait for the third party to be ready to sell or file a separate suit in the High Court to compel the sale of the property.

''If you are not holding the property as joint tenants, but as tenants in common , you can exercise your right to have your share of the property sold. Do however note that it is difficult to sell a part-share of a property, and any such sale will likely be at a substantial discount.

''In a situation where the pool of assets is large and comprises substantial other assets, the Court will try to divide the assets in such a way that there is no need to involve the third-party co-owners in the division of assets. The Court is of course given wide powers as to how to divide assets between the parties and may exercise some discretion and creativity to address the specific factual circumstances before it.”

Parents, if you have an idea to sell your property, and pool the proceeds with your children to buy and share a bigger home, we suggest you don’t. At least not until you have the means to afford a home of your own, should things not work out.

Besides the above scenario, there are numerous complications that can arise; such as finding out you don’t get along under the same roof, or being roped into your children’s financial issues when they can’t afford the mortgage.

How does your manner of holding ( joint tenants or tenancy-in-common ) affect your divorce?

“When it comes to dividing matrimonial assets, in most cases, there is no difference to the Court whether a property is held as joint tenants or as tenants-in-common. The Court will consider what the parties have contributed to the marriage, not how the assets are held, and divide assets in whatever ratio it deems just and equitable.

ALSO READ: Divorce in Singapore: Does an ex-wife really get half the man's money?

Scenarios where the manner of holding is relevant to the Court’s decision are rare but can happen when evidence is lacking, or other inferences have to be drawn.

Should the Court not have evidence of the parties’ financial contributions towards a property, and the parties held an investment property in some non-equal ratio as tenants-in-common, the Court may infer that the parties intended to contribute to the property in the ratio of their legal ownership and determine the division of assets this way.

Parties should thus agree on the manner of holding their properties that makes most sense to them as a family, or that best advances their investment goals, whilst keeping good paper records of their cash-flows (both in and out) to mitigate the situation where evidence is lacking.”