By now, you would have seen the numerous memes and videos of the overnight super-jams at Johor Bahru during the National Day super-long weekend.

Needless to say, the prospect of such traffic jams is enough to put off most casual JB day-trippers, including me.

Having done my fair share of visits across the causeway, I have to say — as much as I hold JB dear in my cheapskate heart, some things are simply not worth the time, effort and plain agony.

Here are 5 things that Singaporeans commonly buy in Johor, but I think are totally not worth it.

A common rite of passage for young Singaporean couples is to drive across the border in search of cheap, designer-looking furniture, but I have never understood the appeal. 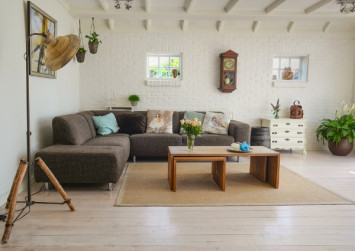 Some of the popular JB furniture shops are Mi Kuang, Boo Furniture and Commune, with some offering free delivery to Singapore even, but prices aren’t really that cheap. In fact, they’re actually on the expensive side compared to pieces from IKEA and Taobao.

That’s because they’re more for people who want their homes to look designer, but don’t want to pay Crate & Barrel prices.

Spending $1,000 on a sexy teak dining table might seem like a “steal” for some people, but I find the cost unjustifiable when you can get decent tables under $100 from IKEA.

Even if you drive, the bulkiness of furniture means that it’s really quite hard to siam that 7% GST (on goods >$100).

Nah, not worth the trouble or the jam. I’d rather shop on Taobao from my sofa or buy second hand from Carousell, thanks.

(Fun fact: Some of IKEA Malaysia's furniture is more expensive than in Singapore — not everything is cheaper in JB.)

Another cherished pit stop in JB is Tampoi Lighting Centre for cheap lights and ceiling fans. It’s not much of a stretch of the imagination to also shop for other electronics like washing machines, vacuum cleaners, etc. in Malaysia.

Although these items are cheaper than in Singapore, there are a couple of major cons. 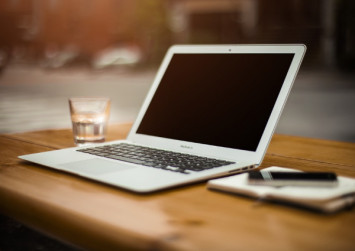 First, there’s the hassle of bringing them back (and gritting your teeth through the jam). The items are bulky and it won’t be easy to act blur with the customs officer about paying GST.

Second, and this varies from brand to brand, but you may not be covered under a Malaysian product’s warranty, so if your appliance dies, then you have to replace or fix it yourself.

My partner and I bought a whole bunch of fans and lights from Tampoi and HomePro (Malaysia’s Home Depot), and we carted them back bit by bit (by train, thankfully).

Although the experience was fun and I don’t regret it in the least, I think there wasn’t much difference between buying them in-store vs online.

You’d think that shopping in-store would give you more control over the product’s quality, but this wasn’t true — for example, I found my cheap(er-than-Tampoi) Taobao lights a lot better than the ones from Malaysia.

If I had to do it again, I’d skip the bloody immigration queues and buy them online instead.

Many Singaporeans run amok in JB’s hypermarts like Tesco and Aeon Supermarket. I have to say, I still do double takes when I look at Western ingredients like pasta, olives and cheese in Singapore. I can’t believe they’re really half the price compared to Cold Storage!

But while I’m not averse to buying a few snacks and cup noodles, I personally wouldn’t go to JB to stock up my kitchen.

Read Also
3 tricks to save money while buying groceries 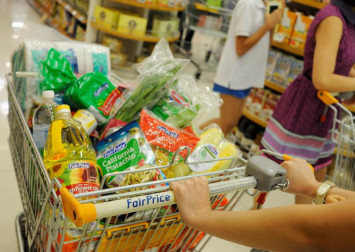 Partly, this is because I don’t have a car. I can’t imagine lugging heavy groceries home on the train, by hand.

If I did, it might be OK — just barely — especially during the first few weeks of setting up a home, where you need to buy loads of expensive things like spices and seasonings. (If you want to see a really good list of SG vs JB grocery prices, here’s one.)

Otherwise, it’s just way too much time spent just to save a few bucks. I’d really prefer my veggies not wilt during the 3-hour jam through immigration on the way home.

In addition, there are pretty tight restrictions on what you can bring into Singapore from Malaysia. Meat (including meat products like bak kwa), eggs, and oysters are outright prohibited, while seafood is capped at 5kg. Everything else is capped at 5kg / 5L, and the total value cannot exceed $100.

And that’s for Singapore customs. Malaysia has its own list of prohibited items from export, too, and these include rather prosaic items like sugar and rice.

Maybe it’d make sense if you have a huge family to feed, but for me, it’s just too much hassle.

By the way, the list of prohibited items from Singapore customs also extends to cooked food. So please think twice about dapao-ing a jerrycan of JB bak kut teh leftovers.

Not only are you forbidden to bring any forms of meat back home, it’s also on the list of prohibited items for export from Malaysia.

You might find your bucket of Malaysian KFC confiscated on the JB CIQ side. Even things like Subway sandwiches(!) may be taken due to the meat inside.

Generally, things like bread and snacks can pass through customs on both sides, but I’ve found that certain items are not really worthwhile to buy back.

For example, buns and pastries at the crazy-popular Lavender and Seasons bakeries at City Square JB cost about RM4 to RM6, equivalent about $1 to $2, so they’re not really cheaper than buying buns in Singapore.

There are also a few products that are known to be dramatically cheaper in JB than in Singapore, such as Magnum ice cream, Eureka popcorn and Famous Amos cookies, but… ehh, I’m not a fan of these snacks, so I wouldn’t bother to queue.

JB is an obvious place to hit up for cheap massages, but beware of pricier mega-chains located in Singaporean-filled shopping malls — Thai Odyssey, I’m looking at you! 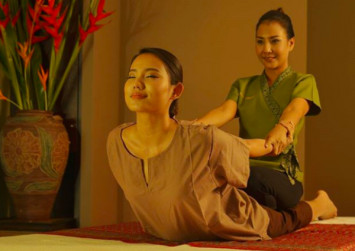 Having been to a few no-frills massage places in JB, I was under the mistaken impression that almost all spas in JB had RM45 (S$15) foot massages and RM60 full body massages. Even the famous Bangkok Spa charges a very reasonable RM62 for a satisfying 60-minute full body rubdown.

So it came as a total shock that the bill for a 60-minute body massage at Thai Odyssey Aeon Mall costs a whopping RM125.10, which is about twice the price of Bangkok Spa. And no, it wasn’t even as good as the latter.

I had the distinct feeling that Thai Odyssey could charge so much because they’re located in Aeon Mall, which is basically the Marina Bay Sands of JB. Just like how the food court at MBS can charge $9 for chicken rice because tourists have nowhere else to go, Thai Odyssey can also overprice their massages.

Plus, there’s the journey home to contend with: It’s hardly worth doing a massage if you’re going to get all tensed up at motorists who cut queue later on.

SO WHAT'S WORTH THE JOURNEY TO JB?

Don’t get me wrong; I still think that JB is a wonderland of great deals. But now that I’m slightly less of a greenhorn, I prioritise the experiences rather than the shopping.

I still think JB is a great place to go for cheap haircuts, movies, dining, cafe hopping and even window shopping. (Have you been to the IKEA in JB? It’s huge!)

Since I always take public transport (or even walk!) across the Causeway, I avoid buying anything that’s bulky.

Medicine, oral contraceptives, contact lenses — all of which are famously way cheaper in Johor than in Singapore — are all fair game, as they’re light and small, and won’t burst the $100 GST-free limit.

I also like buying old-school snacks like Hiap Joo’s peanut buns and banana cake, not really because they’re cheap but because traditionally-baked bread is hard to find in Singapore now.

Finally, if I were a parent, I’d definitely stock up on milk powder and diapers in JB.

Milk powder is notoriously expensive in Singapore, and is said to be about 40% cheaper across the border. Also, although there are always rumours that Malaysia won’t allow you to bring home milk powder, there’s no actual proof of this “ban” on the Malaysia Customs website. Singapore immigration has no objection to bringing in milk powder, either.

Even if you’re wary of buying milk powder for fear of fakes, you might still consider buying diapers since they’re not ingested. A pack of Drypers or Huggies M size diapers costs under RM30 at Tesco, which works out to about $0.13 apiece. That’s significantly cheaper than even the cheapest diapers in Singapore, which are about $0.28 or $0.29.

Considering you can buy both diapers and milk powder in bulk, the savings here are worth getting stuck in a checkpoint jam every few months.

This article was first published in MoneySmart .