7 things to avoid when eating steamboat 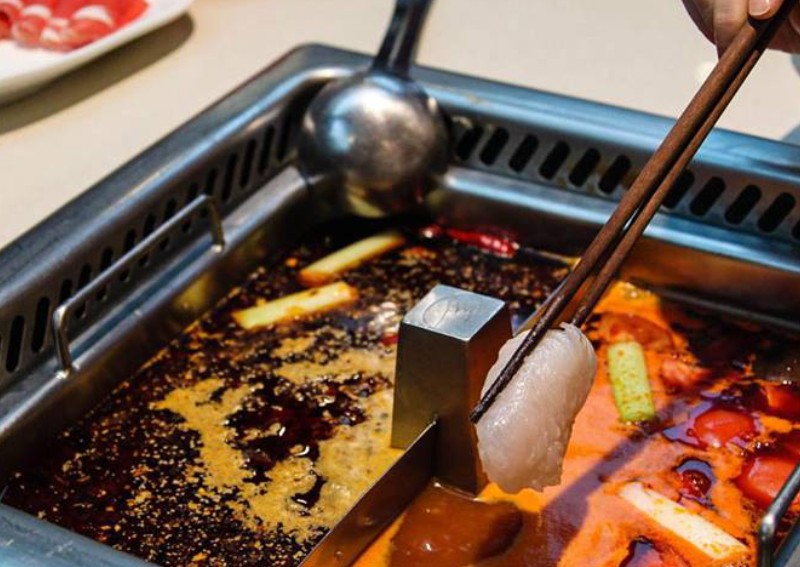 STEAMBOATS AND HOT POTS ARE HEALTHY, ONLY IF YOU EAT THEM RIGHT.

Or maybe just the good ol' hot pot meal at your mum's.

Whichever your favourite steamboat stop, it's likely that you're committing at least one of these seven food crimes.

1. WHEN EATING HOT POT, DON'T DIP INTO TOO MUCH SOYA OR CHILLI SAUCE.

Just one tablespoon could up your sodium intake by about 1,000mg and 500mg respectively!

Think before you dip into that steamboat.

Most foods are already naturally salty - if the meat tastes bland, it could just be over-boiled.

2. WHEN EATING HOT POT, AVOID GOING FOR THE BALLS.

We're talking meatballs and other processed foods like sausages, crabsticks and fishcakes.

Go for fresh meat and produce in your steamboat instead as they contain less fat and sodium.

Besides offering little in terms of nutrition, processed foods are also high in nitrites.

Excessive levels of these compounds in the body may result in methaemoglobinaemia, a blood disorder that occurs when haemoglobin is unable to effectively release oxygen to body tissues, according to the US Centres for Disease Control and Prevention.

While these juicy bits impart sweetness to the steamboat soup, it's true that prawn heads also add cholesterol.

Jaclyn advises consuming just the body and tail as these parts contain protein and iron.

Besides scalding your tongue and roughing up those taste buds, having food while it's steaming hot could also harm your health down the road.

A 2010 study published in the International Journal of Cancer showed that there was an increased risk of oesophageal cancer associated with higher-temperature beverage consumption.

Give your brain some time to receive signals from your tummy - you could be full but eating out of greed!

It's not uncommon to eat the equivalent of three meals in one steamboat sitting, says Jaclyn.

So take it slow and let the conversation flow!

6. WHEN EATING HOT POT, AVOID DRINKING TOO MUCH SOUP - OR SCUM.

If you think that leaving the soup to boil continuously is just like healthy double-boiled soup, you're wrong.

(Double-boiled soup actually refers to the use of two bowls, where ingredients are put in a deep porcelain bowl then placed in another pot of boiling water.)

As for soup scum - scoop it up and throw it away now! This unsavoury frothing is made up of fat and coagulated protein, says Jaclyn.

Always skim this off.

7. WHEN EATING HOT POT, DON'T JUST CONCENTRATE ON GETTING YOUR MONEY'S WORTH.

By skipping the cheaper ingredients like vegetables, rice and noodles, as well as overloading on meat and seafood, you might feel like you've gotten a good deal at the steamboat buffet.

The truth is, you probably chalked up way more calories than if you had gone for a more balanced selection.

If you suffer from hypertension and kidney problems, avoid steamboat as it contains high amounts of sodium that will overload kidneys, causing excessive water retention and swollen extremities, says Jaclyn.

Diabetics and those with high cholesterol levels should also watch their saturated fat intake - especially when it comes to eating a lot of seafood.