8 skills your kids must have for their future jobs

These are the job skills that are going to be in high demand 15 to 20 years down the road. Prepare your kids for the future economy by nurturing these qualities – ahem – today.

British futurologist and author James Bellini tells Young Parents that, by 2030, most of the jobs that are currently in existence would have disappeared.

Machines, robots and computers would have replaced most of the skills that are in demand today, and, instead of working from behind a desk, the workforce of tomorrow will be a global one, taking their skills to whichever part of the world they are needed in.

“There will be an unprecedented number of changes taking place over the next 15 to 20 years,” James says. “These changes will impact the economy and how we do things. They will also bring about a new set of needs, and new jobs will have to be created to meet these needs.”

Technology is going to pervade nearly every aspect of our world in 2030, so, as parents, it’s important for you to be digitally aware.

“The digital revolution is too big and too irresistible a force,” Karen Moloney, a futurist and business psychologist from Moloney Minds in London, tells Young Parents.

“You can’t ignore it or pretend that it’s going to go away. You have to embrace it, and you have to get used to the idea of technology being a part of your kids’ lives from a very early age, too. Those who refuse to embrace it will be left behind.”

With the world changing as fast as it is, it’s crucial to raise your children to be resilient and resourceful.

Futurist Thomas Frey from the Da Vinci Institute in Colorado tells Young Parents that the way to do this is simply to stop pampering your kids: “It’s Parenting 101 anyway, but the less you pamper them, the more resilient they will be. Children need to be challenged on every level and they must learn to fend for themselves.

“Whatever job your child ends up doing, he’s going to need to be adaptable to keep up with the changes.”

There’s no better time than now to start preparing your kids for this future economy, and you can do this by nurturing those qualities and skills that are going to be in high demand 15 to 20 years down the road.

How to bring these out in your child: Robots and computers are the way of the future, but someone has to design these machines in the first place.

Karen says that the best way to foster Junior’s interest in technology is simply to throw him into it: “Let him play computer games, encourage him to read from his iPad, send him for computer programming courses, enrol him in a computer club, and get him talking about technology.

“For example, ask him how he thinks his iPad works, or, if he is older, challenge him to think of an app for his friends. Inspire a fascination with everything mechanical and digital. This is how he’ll learn.”

While robots and computers are going to be doing a lot of the work in the future, they will be able to do only so much because they lack human qualities like inventiveness and imagination. It is then up to the architect, engineer or designer to bring “humanness” to these machines, and this is where creativity comes in. 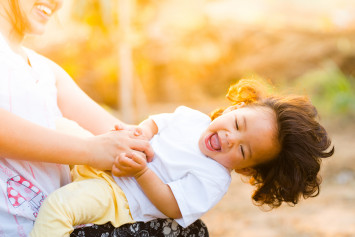 But how do you raise a creative child, particularly if you and your spouse are not?

Karen suggests firing up your kid’s imagination through drawing and writing. If he has a great idea, encourage him to bring it to life with an illustration or story.

“You might also want to create an environment in which he can be silly,” she says. “Set aside half an hour every night and let him unleash his creativity in whatever form he likes. Let his imagination run wild, without criticism.”

Playtime is when a child’s imagination really comes to life. Theresa Lu, head of the early childhood education programme at the School of Human Development and Social Services, SIM University, suggests encouraging exploration, discovery and spontaneity through books and games.

These can be related to everyday contexts and themes, such as school, the park, going to a restaurant or the zoo, and which provide platforms for kids to construct ideas as they engage in pretend play and make-believe games.

“Exposure to nature is important for creativity because nature is not based in logic,” he explains. “There are things in nature that we don’t understand. It’s delightful and exciting, but it can also be frightening. There is definitely a lot that it can teach a kid.”

Future jobs that will require these skills: Well-being consultant for the elderly, social “networking” worker and virtual lawyer.

How to bring these out in your child: Ageing populations around the world are going to need caring, compassionate, empathetic people to look after them and see to their health and medical needs.

Children have an inborn capacity for compassion, but you can build it up further by getting them to talk about their feelings about a particular issue, encouraging acts of kindness, involving them in charity, volunteer or community work (or simply asking them to help an elderly neighbour with a chore once a week) and, finally, by being a good role model for them.

“Social and communication skills are also very important,” says Thomas. “When you’re working that closely with others, you have to be able to understand and interact with them.” 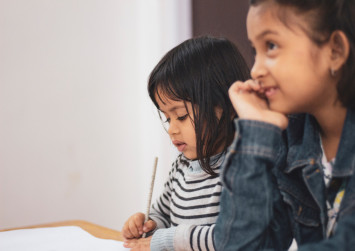 So, encourage your young ones to socialise with people from all walks of life and cultures. It is through interacting with them that your kids will pick up all-important social and emotional skills.

“And as our reliance on technology goes up, there will be a greater demand for these human skills,” adds futurologist Ian Pearson from Futurizon in London.

James also advises you to sign your child up for language classes to help him be a better communicator when he’s older.

“It’s going to be a very cosmopolitan world. There will be a few global languages in the future – English, Spanish, Mandarin, and possibly Arabic, as well as ‘coding’, which is the language of the digital world. Coding is also known as Silicon English.

“You may want to expose your kids to different cultures now, to prepare them for the diversity that they will be experiencing in their jobs, especially jobs where he’s working closely with people and communication is very important.”

Future jobs that will require these skills: Data collector, content editor and analyser, and information manager.

How to bring these out in your child: Karen says that, by 2030, most media jobs would be obsolete. “It is the public that will be reporting the news and creating content.

In fact, it’s already happening. What the world will need, however, are people who can manage and edit this information, and put it out there in such a way that appeals to certain markets or groups of people,” she says. 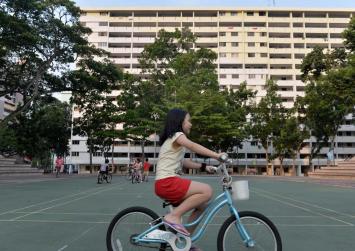 James adds: “We will also need people who can collect data and turn it into products and experiences. This is going to be a huge, huge industry.

No longer will companies be making products and waiting for the right people to buy them. In 20 years, data collectors will be finding out what people want to buy first, before working with their companies to create these products and experiences for their customers.”

You can bring out your kid’s analytical skills by encouraging him to be interested in the world around him, suggests Philip Koh, founder of the Preschool Teachers Network Singapore.

Motivate him to solve problems, teach him how to draw conclusions, train him to see the “big picture”, and challenge him to look at a situation from different angles.

If he is interested in something, allow him to investigate it further. This will bring out his curiosity and help cultivate his research abilities.

How to bring this out in your child: Ethical decision-making is a crucial skill to have, particularly if your child wants to enter the medical and health-care fields.

“Just because we can do something, it doesn’t mean that we should. The world will need scientists and health-care experts who understand how certain decisions will hurt humanity,” says Thomas.

The best way you can help foster this skill in Junior is to teach him right from wrong, and instil good values into him from an early age. Teach him fairness, responsibility and respect.

Help him hone his decision-making and problem-solving skills by presenting simple issues to him and asking him how he would solve them. Ask him how he would improve the world and make a difference to society.