Ask Jay: My partner and I fight fiercely all the time, is this normal?

Got a relationship problem? Jason Godfrey is here to help.

Got a relationship problem? Jason Godfrey, our resident guy expert, is here to help.

This month, Jason discusses how to discuss the issue when you and your partner aren't aligned on having children and the age-old question on whether men and women should split their bills equally.

Q: My partner and I fight fiercely all the time, but we're like moths to a flame — we can't stay apart. Is our relationship passionate or mutually destructive?

Your relationship forecast is most likely passionate with a chance of mutual destruction. You likely wouldn't fight so much if you didn't have such strong feelings for each other, otherwise you'd have already called it quits.

The issue is that if you don't figure out a way to tame the fighting, it can become mutually destructive. Having such strong feelings is a good start to any relationship, but if you want to make it stand the test of time, you will have to find a way to temper this downside.

Compromise will be needed on both sides so you can find a middle ground. Yeah, I know, it sounds boring, but boring will keep you from killing each other.

Q: My partner's a "man's man", and thinks that "feeling" his emotions is a sign of weakness. But he's clearly troubled. How do I get him to see he needs help and maybe even go for therapy?

That's a tough one, especially if your partner subscribes to the old school notion that "real men" don't cry, and should take their PTSD to their graves.

He probably thinks that nobody wants to hear his sob-story, but keeping it all bottled up will drive him nuts.

What you can do as a partner is to tell him that it takes great courage to show emotion and to admit that one needs other people — it does not make him less of a man.

In fact, in the words of Brene Brown, the New York Times best-selling author and self-help guru: "We can measure how brave you are by how vulnerable you're willing to be."

If you believe that he needs therapy, why not turn the narrative around and tell him that you need counselling? Ask him to be there for you, and hopefully he will be more receptive to taking the plunge when the time is right.

Usually when a man decides to take on a new fitness regime or health adjustment, it's for one of two reasons: The first is for the 'gram (or what I'd call vanity reasons), and the second is because their doctors have instilled the fear of God in them.

The assumption that guys want to look good for the 'gram might sound vapid, but the truth is that attractiveness is a major driver for both men and women. I remember that about 20 years ago, it was mainstream media that espoused the image of the perfect "beach bod".

Read Also
Ask Jay: What should I do if I want kids but my partner doesn't? 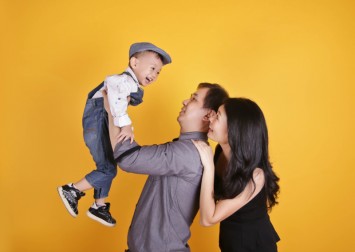 However, in recent years, we have embraced the more relatable "dad bod". Even celebs like Leonardo DiCaprio and Chris Pratt have been spotted — and celebrated for — flaunting a meatier physique.

In Singapore, women have an estimated life expectancy of 85 years old, while men live to 81 on average.

Are men making unhealthier choices than women? A few big factors include diet and lifestyle, which contribute to cardiovascular diseases.

I've noticed that as men age, they become more concerned about their health. A lot of my friends have made drastic changes to their workouts or lifestyles to course-correct unhealthy choices made in their youth.

But mostly, guys and girls work out for the same reason: Because there's simply no substitute for good health. And now: I'm going for a run. See you next month.