Whether you’re preparing for a year-end getaway or a summer vacation, there’s no shortage of cruise options for you to choose from.

With the abundance of onboard amenities, you’ll be hard-pressed to not be entertained here.

You don’t necessarily have to fork out a fortune to afford such an experience either.

Here’s a round-up of the best cruise deals and promotions in Singapore for you to embark on an epic voyage with your nearest and dearest without breaking the bank.

Take advantage of Royal Caribbean International’s most affordable cruise packages such as the three-night cruise to Port Klang and Malacca.

Read Also
Cruises from Singapore (2019) - how much do Royal Caribbean, Dream Cruises, and Princess Cruises cost? 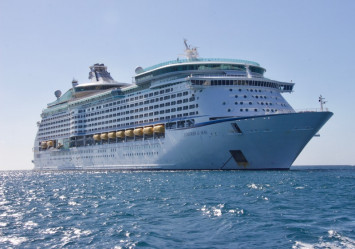 On this cruise, you’ll be onboard Voyager of the Seas (which is packed with giant high-speed waterslides, an ice-skating rink, a laser tag arena, and a surf simulator), departing from Singapore to tour Kuala Lumpur’s Port Klang and Malacca before returning back home.

Alternatively, take the five-night Spice of Southeast Asia cruise that will cover locations such as Port Klang, Penang and Phuket.

Here, you’ll get to experience Royal Caribbean International’s Quantum of the Seas, a lavish ship with 15 restaurants, a bespoke bar where the cocktails are made by an automaton, and the world’s highest viewing deck on a ship.

Genting Dream, the cruise ship of Dream Cruises, is an award-winning stunner.

The ultra-luxurious vessel boasts a Zouk nightclub, complete with cosmic bowling alleys, a rock climbing wall, a mini golf course, and a mega waterslide, among other things—basically the stuff of dreams.

Among Seabourn’s multiple vessels, Seabourn Ovation stands out as an ultra-luxurious treat with 300 suites and a slew of onboard amenities from fine-dining joints to a spa that will make the journey as satisfying as the destination.

Likewise, Seabourn Encore has won awards such as Best New Ship at the Cruise International British Cruise Awards, which makes getting onboard a no-brainer.

Azamara features three ships – Azamara Journey, Azamara Quest, and Azamara Pursuit – that are just the right size, so you’ll be treated to a more personal experience while indulging in every luxury you’ll ever need.

For instance, get a taste of Broadway at the onboard cabaret, and party it up in white at Azamara’s White Night soirees.