Breakthrough in study about childhood brain cancer could save lives

A scientific breakthrough has been made that may enable experts to predict the relapse in common childhood cancer that could help doctors tailor treatment for each individual child as well as improve their prognosis.

The new study by Newcastle University published on Nov 18, 2020 showed that experts can now identify the time, nature and outcome medulloblastoma relapse with the use of the disease’s biology at diagnosis including the initial therapy received.

Medulloblastoma is the most common malignant brain tumour among children and its relapse follows initial treatment involving surgery, radiotherapy and chemotherapy, which could all be a grave prognosis for any kid.

According to experts, around 250 to 500 children are diagnosed with medulloblastoma each year and most of them are under 16 years old.

That is why Newcastle’s research identified which patients may be at most risk with the disease and also provided the ability to fine-tune treatment as well as surveillance to help improve the child’s prognosis.

Development of treatment for medulloblastoma

Researchers monitored 247 young patients around the world who have had experienced relapsed medulloblastoma for the study. Gathering the largest set of data worldwide on relapsed patients was said to help them accurately “investigate possible relationships and define the nature of the cancer”.

The study’s findings can be applied immediately in medical clinics in order to help in disease monitoring, advance treatment decisions and improve the child’s quality of life after relapse.

This was said to hopefully further develop treatments for patients diagnosed with medulloblastoma and improve their clinical outcomes.

“Our study allowed us to undertake biology-directed disease surveillance after initial treatment, in other words, to gather and analyse a large amount of data on patients’ tumours, looking out for particular types of relapse in particular groups of patients,” said Professor Steve Clifford, Director of Newcastle University’s Centre for Cancer and leader of the research.

He added, “This revealed that some patient biological groups relapse later and therefore need to be monitored longer as it is not a one-size-fits-all approach to tackling this kind of brain tumour.”

He also elaborated about how their findings could now predict the course of the disease following a relapse and tailor treatments which enables doctors to have more personalised approaches towards their patients based on their individual disease.

Researchers looked into one particular case of young Evan Wharton, a four-year-old boy who was diagnosed with medulloblastoma at only 15 months old.

Ever since then, Evan was in and out of the hospital for years, even experiencing a relapse. The young patient had to go through more surgery and a needed course of proton therapy.

Read Also
How do you tell a 3-year-old that she has cancer? 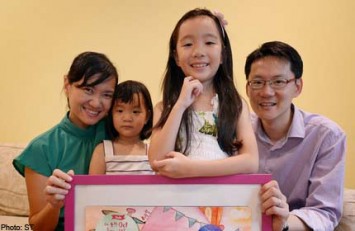 But in October this year, a brain scan to monitor his health showed that Evan had no sign of cancer! He may still be have hearing problems but he now gets to happily spend more time with his friends and family.

With more tailor-made options available, this will hopefully reduce the long-term side effects and harsh treatments that children have to endure.

“With more tailor-based options available, this will hopefully lessen the long-term side effects and harsh treatments that children have to endure,” his mother, Lindsay, said. “It is a massive step forwards and it is fantastic that this breakthrough has happened at Newcastle.”