Why I bought a car in Singapore: What every first-time car buyer should know

Getting a car in Singapore is a huge undertaking, not least because cars here are e-x-p-e-n-s-i-v-e.

But we get why zipping around in your own set of wheels can be enticing and exciting.

There's the freedom of going wherever you want at the drop of a hat without having to squeeze with the crowds on buses and MRTs. Plus, the option of going to 'ulu' and far-flung corners of Singapore without much consideration (Lim Chu Kang dairy farm, anyone?)

However, convenience comes at a cost.

Here are some cost considerations that you would probably have factored into your budgeting:

This would easily come close to $1,000, depending on the car loan amount, which would usually take up a bulk of the monthly expenses.

In addition, there are less salient and variable costs too, such as:

We asked our colleague, JayJay Lin, 27, who got his first vehicle, a Suzuki Every in October last year, to share what made him decide to take the plunge. 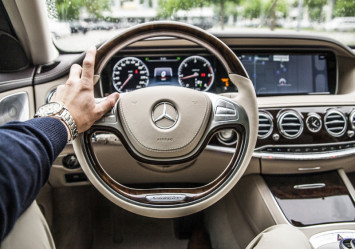 "I know it's super expensive to own a car in Singapore and it's really not worth it. But it's just so much fun to drive around," said Lin.

Lin paid $12,000 for his light goods vehicle, which had two years and 10 months left on its COE. About a fifth of his monthly salary now goes into his ride.

"I bought a second-hand [vehicle] because someone at my age and income level is unlikely to be able to afford a brand new car unless they hustle real hard. I know a guy who works a regular job on weekdays but has a side-hustle on the weekends. He bought a brand new Mazda 3 at $115,000 after taking a loan," shared Lin.

"I planned my finances so I didn't overshoot my budget," he added, "but there are hidden costs too, which many first-time buyers don't expect".

"For example, they usually just look at the loan payment but that's maybe just half of the monthly costs."

One hidden fuel cost also includes additional mileage from having to send your girlfriend to and from work, joked Lin.

"You don't think about it but once you get the car liao, it becomes an automatic thing," he added.

Still, are there any regrets about buying a car?

"Yes, I regret not having more money so I can buy a nicer car," said Lin, tongue in cheek. In three years' time when the COE is up for his vehicle, Lin intends to scrap it, and buy another one, "if I can afford it".

He got the brand new Honda Shuttle because of his growing family and paid about $90,000 for it — an amount he considers to be "within his means".

The married father of one allocates about 10 to 15 per cent of his salary to his car a month and doesn't regret his purchase, but he warned that someone who's thinking of getting a car should be earning at least $5,000 monthly.

WHAT TO LOOK OUT FOR

Despite it being a new car market in recent years because of the slightly depressed COE prices, used cars may still appeal to the young and more cash-strapped. COE prices have closed in the low-$30,000 ranges (for cars below and above 1,600cc) since February this year.

A second-hand car may be a better pick for the budget-conscious "if you don't mind a ride that is not in tip-top condition", said former car salesman David Tan, 30 — especially one that has a few remaining years on the COE.

Tan has tips to share for new buyers who choose to purchase second-hand.

"Negotiate on the interest rates because usually, the individual salesman has a couple of interest rates to offer you. They will usually offer a higher interest rate so that their loan referral fee is the highest. 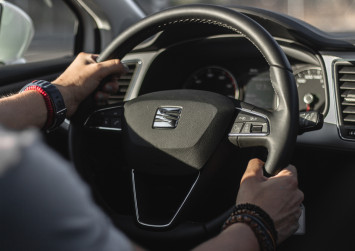 "Also take note of the warranty coverage and servicing workshop to ensure it's a reputable company or an in-house workshop," he added.

Tan cautioned new buyers to resist the temptation of low prices from unestablished dealers. "Because they may close down or ask you to top up more in cash," he said.

The standard freebies that will be thrown in will usually include in-car cameras, sport rims, solar film and "an 'x' number of free servicing that they can offer".

One other loophole that buyers can exploit, said Tan, would be to take a loan to get the lowest price, even if buyers can already afford to buy the car without a loan.

"As dealers actually earn a cut from the loan referral fees, if you do a cash deal, usually dealerships will need to mark up the price to cover the margin," said Tan.

"The mark-up may be three to four per cent of the selling price, which may end up more expensive than taking the loan and paying a penalty (usually one per cent of unpaid quantum and 20 per cent of the unpaid interest) for early repayment," explained Tan.

"But, dealers might not allow you to take a shorter loan tenure or instead may ask you to top up in cash," said Tan, which would jack up the final price of the sale in the end. 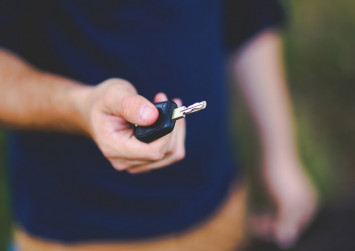 For myself, buying a car has not been a priority because I still find public transport a convenient way to get around. There's the option of ride-hailing services and I'm also able to occasionally borrow my dad's car.

The thought of finding parking spots and navigating peak-hour jams, plus the cost, of course, just deter me from wanting to get my own set of wheels.

Before plonking down hard-earned cash for such a big-ticket item that is basically a money pit, would-be buyers definitely have to tread carefully.

"I thought long and hard and spent many nights weighing the pros and cons, mostly cons, of buying the vehicle," said Lin.

"It's 99.99 per cent not worth it. The parking costs alone are already more than my previous public transport budget. But it really is just a lot more convenient, so I made the financial decision to buy it. I had to cut back on other expenses.

"If anything, this purchase has forced me to be more disciplined in my finances because I have less money to spend freely."