The case for being best friends with an ex

I have more than a handful of exes (to me people I was in a relationship with for at least a year) but don’t typically stay friends with them.

It’s not an inability (the hard feelings dissipate, after all) as it is a disinterest — I want them to be happy and well but with the passing of time and the new things that come my way, find it gradually impossible to care.

Also, no man steps in the same river twice, and we are always changing. But I found a best friend in Marc.

Marc and I were together for two years. While I can’t say the relationship was spectacular, it was real — we had as many problems (or non-problems, since we’re privileged millennials) as the next couple navigating modern love.

At some point, he told me that he wanted to move abroad and I wondered about how I’d fit in the picture. We hung on for another year and shortly after we split up, he left. This was five years ago.

To be fair, unlike our time together, there was no yelling during the breakup and we claimed to want to remain friends.

But the thing is, we actually did, and we grew to be better ones thousands of miles apart than when we were sleeping in the same bed.

In separating, there were no more expectations imposed on the other and we could open up without worrying if we’d still be loved and accepted.

After all, we’d parted ways. We ended up talking more honestly about everything, from the things that keep us up at night to the people we swore we’d stop seeing, but still did.

Read Also
Relationship advice: I don't like to date. Is this normal? 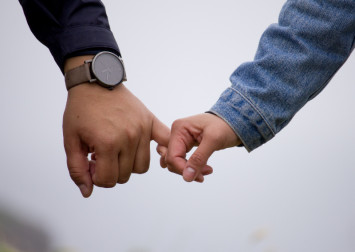 In fact, over time, Marc seemed to be a lot more present, even if just over text, and I’d like to think this is because he now holds space for me because he wants to, not because he has to.

We don’t talk every day or even all that regularly, but when need be, we spill the ugly details and are still able to know it’s a safe space.

It helps a lot that we’re exes, I think — we’ve seen the worst sides of each other so nothing is surprising anymore. It also helps that our love has evolved.

I can’t say that there’s anything romantic left in it, but it is wholesome and sincere. He comes back once a year and I see him one day out of the one week or so he is here; we don’t find the need for more.

That’s not to say, however, that we aren’t aware of the complications our dynamic could give rise to, however simple it is.

Will we always remain close friends? It’s anyone’s guess. In the meantime, when I think about how I fit into the picture now that he has moved away, it is clear that while I am nowhere near him, we are closer than ever.

And truth be told, it’s better than what I’d imagined.