Chinese restaurant with 60 years' history closing in May; loyal customers buy their old tableware as mementos

The past few years have been tough for the local F&B scene and once again, another restaurant has called it quits.

Choon Seng Hng Restaurant, which has been around since the 1960s, will be closing this May, according to Shin Min Daily News.

Located at the Institute of Technical Education (ITE) College West, the family business specialises in Chinese cuisine. Some of their more popular dishes include classics like cereal prawn and steamed fish head with assam sauce and pineapple.

The founder's 56-year-old daughter told the Chinese daily that the closure was a difficult decision, but it was one that they had to make as they are not doing well financially even though they open for business almost every day.

"We have tried not to turn on the air-conditioner for a month in order to save on electricity bills," she lamented.

"But the pandemic has not subsided, and it is really difficult to carry on."

She also cited other reasons such as manpower crunch and a drop in footfall.

Read Also
Popular Cantonese restaurant Pin Si is closing after 14 years, but this may not be the end 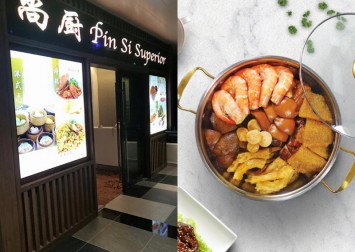 As of now, the restaurant has no plans on reopening elsewhere as the family intends to "rest first and then make plans".

To show some love and support to the restaurant, some loyal customers have even opted to purchase the eatery's tableware as "souvenirs".

The wares available for sale include retro-style bowls featuring an iconic chicken motif, which are going for just $2, and the pots used to serve Buddha Jumps Over the Wall soup.

The restaurant's 84-year-old founder opened his first stall at Bukit Timah Road in the 1960s and it grew from a small business to one that offered catering services to temple events and wedding banquets.

In 1988, Choon Seng Hng moved to Bukit Panjang Khek Community Guild Building. It was there for a good 22 years before moving to its current location at ITE College West in 2010.