Coronavirus: Lost your sense of smell? You might be infected, say experts

From a mother unable to smell her baby's nappy to a lawmaker who suddenly could not taste food, some coronavirus patients have described a loss of olfactory senses -- and experts say this might be a new way to detect the virus.

Ear, nose and throat (ENT) specialists in Britain, the United States and France have noted a growing number of patients in recent weeks with anosmia -- the abrupt loss of smell -- and have said this could be a sign of Covid-19 in people who otherwise appear well.

Official figures suggest the coronavirus has infected some 380,000 people as the pandemic proliferates around the world, but with many cases going undetected experts have become concerned about the potential for people without symptoms to spread the virus.

The World Health Organisation lists the most common signs of Covid-19 as fever, tiredness and dry cough.

In Britain, ENT doctors have urged health authorities to advise people with a sudden loss of smell or taste to self-isolate even if they have no other symptoms.

"Anything we can do to delay transmission is absolutely vital," Claire Hopkins, the president of the British Rhinological Society, told AFP.

Hopkins, who published an open letter on the issue on Friday with ENT UK chief Nirmal Kumar, said she was not surprised when she heard initial reports from Iran and France of Covid-19 patients reporting a loss of smell.

Around 40 per cent of cases of sudden loss of smell in adults are caused by post-viral anosmia, she said, and previously known coronaviruses are thought to account for up to 15 per cent.

But she said the turning point came when an Italian colleague working in a hospital in the worst-hit north of the country mentioned he had observed a high incidence of loss of smell among frontline health workers.

Read Also
People with blood type A may be more vulnerable to coronavirus, China study finds 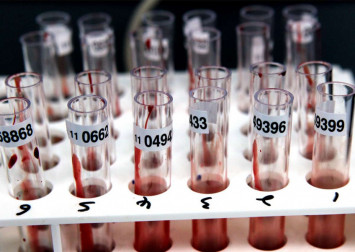 This led to a flurry of posts on professional message boards.

"We all started to note an increase in patients who were young and otherwise completely asymptomatic presenting with new onset sense of smell loss," said Hopkins.

Nine out of the 20 patients she saw last week had recently lost their ability to smell.

"That's extremely unusual," she said, adding that several of these patients had called Britain's health authorities concerned about Covid-19 but were told there was no need to self-isolate because it was not a recognised symptom.

Experts in several countries have flagged anosmia as a potential sign of Covid-19.

In France the head of the health service, Jerome Salomon, on Friday said ENT specialists had observed a "surge" in anosmia cases and said while it was still relatively rare, it had been seen in younger patients with "mild" symptoms.

The American Academy of Otolaryngology-Head and Neck Surgery on Sunday noted growing anecdotal evidence that anosmia and dysgeusia -- taste disorder -- were "significant symptoms" of the virus. 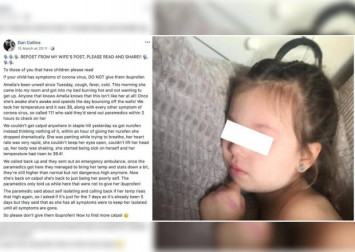 In Germany, virologist Hendrik Streeck from the University of Bonn, went house to house in Heinsberg, where around 1000 people were put under a two-week quarantine in February because of a local outbreak.

He said some two thirds of infected people reported losing their sense of smell and taste for a few days.

"It went so far that one mother could no longer smell her child's full nappy. Others couldn't smell their shampoo anymore and their food started to taste bland," he told the Frankfurter Allgemeine Zeitung newspaper.

A lack of testing in many countries means that often only those with the most severe symptoms are confirmed to have the virus.

But several high-profile patients with milder cases have reported a loss of olfactory senses.

Nadine Dorries, the first British politician to test positive, said she lost both her sense of smell and taste.

"Eating and drinking warm or cold that's all I can tell," she posted on Twitter last week. 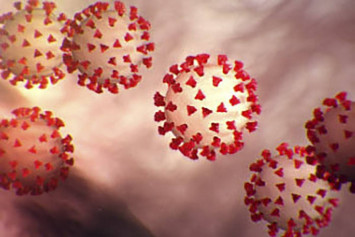 French basketball player Rudy Gobert, 27, whose positive coronavirus test prompted the NBA to shut down its season, tweeted he had not "been able to smell anything for the last 4 days" on Sunday.

Abscent, a UK charity that provides support and advice on olfactory training to a relatively small community of people who have lost their sense of smell, has seen interest "skyrocket", according to founder Chrissi Kelly.

Hopkins has been "inundated" with emails since her statement was published.

Many people reported that close contacts and family members had also experienced anosmia symptoms within recent weeks. This is unusual, she said: "We certainly don't get clusters within groups of friends and family reported in the same way."

She said the advice on sense of smell loss could be particularly useful as a sign for medical workers to get a test or self-isolate, even without other symptoms.

"A healthcare worker who is infected unknowingly and spreading infection around colleagues is a disaster because we need to keep the workforce as healthy as possible," she said.