As a practising divorce lawyer, I often find myself explaining the child custody concept to a parent seeking sole parental rights over the child. A parent's understanding seems to have been drawn from movies such as Kramer vs. Kramer & Marriage Story.

What does this mean?

- Understanding the term 'child custody' is decoded to being custody, care and control and access.

These three components define how the child custody issue is dealt with in the Family Justice Court in Singapore. This has an impact on which parent gets custodial or non-custodial rights to a child.

In both movies, the mothers were granted custody of the children.

Faced with the general presumption taken in Singapore, a mother usually gets sole care and control of the child under the age of 7 years, where does this leave the father? Is this an unfair bias shown against the father?

The Court of Appeal case of CX v CY ([2005] 3 SLR(R) 690) held that custody refers to the right to make significant decisions on issues about education, religion, medical, accommodation, and residency on behalf of the child.

Having joint custody would require both parents to carry out the duty jointly. As the law (SECTION 46 OF THE WOMEN'S CHARTER CAP 353) imposes a statutory duty on both parents to continue with this joint parental responsibility, it is only in exceptional circumstances that one parent shall be awarded sole custody.

Examples of exceptional circumstances include where one parent displayed physical or sexual or emotional abuse towards the child; or where the lack of effective co-parenting is not in the child's welfare. In VDZ v VEA ([2020] SGHCF2), the Honourable Justice Debbie Ong stated;

Parents should look beyond their current post-divorce impasses and conflicts and move on to co-operate and work together for the best interest of their child. Ultimately it is the parents above all who must protect and promote their children's welfare.

Care and Control is defined as the custodial parent's right, providing the residency arrangement with the ability to decide on the child's daily matters and assume parental responsibility. 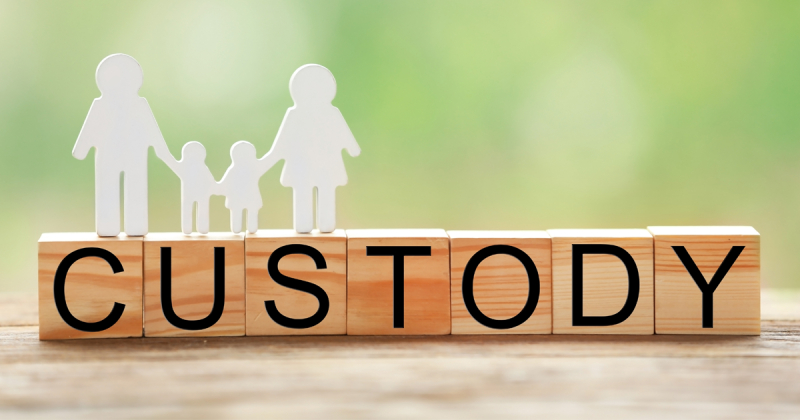 Where both parents are able to co-parent, the concept of shared care and control empowers the parents to decide on the daily matters jointly and split their time with the child equally between the two separate households.

As noted in the case of AQL v AQM ([2012] 1 SLR 840), a specific set of circumstances ought to be satisfied before the court is convinced that such an order will be in the best interest having regards to the welfare of the child. Parents would be required to have a stable and cordial relationship for this to work, as the child will have to live and regularly commute between houses.

The courts generally regard the mothers as the primary caregivers due to the maternal bond being one of the most unexplainable wonders of human nature.

Importantly, this does not mean an automatic right for the mothers to be granted care and control over their fathers.

The welfare and the best interest of the child is the ultimate test when the court decides in awarding sole care and control to the father if he can show that he is the one in a better position to take care of the child, or that the mother has mental health issues and cannot care for the child.

i. Visitation arrangements for the parent not having care and control

ii. Visitation arrangements for the parent not having care and control

I always advise the parents to explore alternative dispute resolution avenues to settle their dispute in high conflict custody battles. It is preferable to arrive at settlement arising from their agreed terms as opposed to a court decision.

By laying the child's welfare as the cornerstone, each parent is encouraged to view custody as an instrument of care and not a tool of control over the other parent.

Visit our series of articles on Child Custody & Maintenance in our Singapore Divorce Lawyer Blog site which provides all the answers you need.

This article is brought to you by Gloria James-Civetta & Co.