Expert shares why a combination of Covid-19 vaccines and a mild infection is good, and why what is currently happening in Singapore may help the population

Getting both provides better protection against current as well as future variants - compared to just vaccination or infection alone.

SINGAPORE - Readers and viewers were intrigued when an infectious diseases expert said last week that the best protection against Covid-19 comes from getting a mild infection after being vaccinated.

Getting both provides better protection against current as well as future variants - compared to just vaccination or infection alone.

This led to people asking if an inactivated virus vaccine like Sinovac, works just as well as getting infected, since the entire killed virus is used.

No, said Professor Ooi Eng Eong, whose remarks at The Straits Times panel discussion on "Endemic Covid-19: When and How?" had sparked this debate.

Getting infected by a live virus is very different from getting vaccinated with an inactivated virus, said Prof Ooi from the Duke-NUS Medical School.

This is because the inactivated virus used in the vaccine is dead and does not have the part that allows the virus to replicate itself, once it enters the human cells. So while such vaccines would produce antibodies, they do not trigger killer T cells. 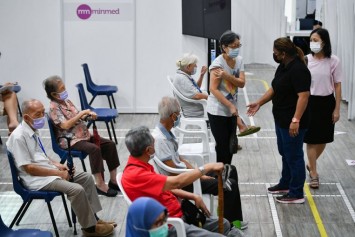 Prof Ooi also explained why the combination of vaccination and a mild infection is good, and why what is currently happening in Singapore may help the population.

Our bodies have two main ways to fight an infection.

Antibodies act to prevent the virus from entering our cells - which it needs to do in order to replicate itself. This is the first line of defence.

These are the killer T cells that destroy cells that have been invaded by the virus, so none of the replicated virus can escape to infect more cells.

The mRNA vaccines, such as Moderna and Pfizer-BioNTech, do generate both antibodies and killer T cells. But these killer T cells are based on the code from the original virus used to create the vaccine.

Should the virus mutate too much, it may affect the response - a possible reason for the lower vaccine protection against the current Delta variant.

When one gets infected, even if the person doesn't get sick, the body recognises the invader and develops killer T cells in response.

Killer T cells generated by an infection will remember the entire virus, including the core machinery that allows the virus to replicate. This part would remain unchanged even if other parts of the virus mutates in the future.

So it will be able to identify mutated coronavirus and mount a defence.

Vaccines also trigger the development of antibodies. High levels of antibodies can stop an infection. However, the level of antibodies generated following vaccination wanes over time.

This happens with all vaccines. Experts say if antibodies against all infections remain high all the time, our blood would be sludge.

Unfortunately, it takes a few days for this to happen. Vaccines appear to be losing the battle against infection due to the highly transmissible Delta variant, which seems to replicate much faster than antibodies can be generated in the first few days following infection.

However, the benefits of vaccines usually kick in before most people get severely ill.

Because mRNA vaccines generate both antibodies and killer T cells, they are able to provide higher levels of protection than inactivated viral vaccines.

Getting infected alone does not give the same level of protection as a combination of vaccine and infection, said Prof Ooi. 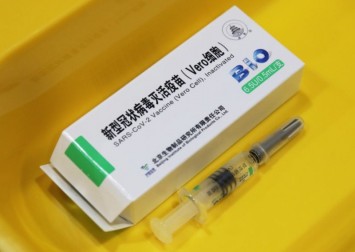 This is because an infection can turn off some of the body's signals. A vaccine offsets this. Together, they provide both breath and depth against future variants.

As to why Singapore doesn't then let the virus do its job and infect people, now that more than 82 per cent of the population has been fully vaccinated, Prof Ooi said while the theory makes sense, it is extremely difficult to execute.

"How do you keep it tight enough in a way that there is going to be benefit without all the bad things that come with overwhelmed the healthcare system and all that. That part is very difficult."

There is no way to guarantee that someone who gets infected suffers only a mild illness, rather than a severe one that could end in death.
But Prof Ooi said: "What is happening now is exactly what is needed to become more resilient in safeguarding against new variants.

"That the Delta variant is now spreading in Singapore, but not to the level that results in a large number of severe cases, will serve to produce more robust immunity in our population. I think we should stay the course and not go back to heightened alert or even circuit breaker."