Shared widely on Facebook, posts are claiming that  “Any virus that originated from nature has its remedy & cure from nature. ONLY VIRUSES made in laboratories require vaccines.” (here, here) This claim is false.

For the purposes of this factcheck, “natural” viruses refers to viruses not created by people (as biological weapons, for example).

Some examples of diseases caused by “natural” viruses for which effective vaccines were developed in labs are yellow fever, measles, mumps, rubella, polio, swine flu and avian flu.

According to the Centers for Disease Control and Prevention (CDC), “yellow fever is a disease caused by a virus that is spread through mosquito bites” (here).

As reported by NPR, the first recorded yellow fever epidemic was in 1648 on the Yucatan Peninsula in southeastern Mexico (here).

As stated on the CDC website, “a safe and effective vaccine” for yellow fever “has been available for more than 80 years.” (here)  In 1937, virologist Max Theiler perfected the vaccine which has been used ever since (here).

According to the CDC’s account of the history of measles, a Persian doctor published one of the first written accounts of measles in the 9th century. In 1757, a Scottish physician named Francis Home showed that an infectious agent in the blood caused measles.

A century and a half later, “measles was a nationally notifiable disease in the United States, requiring U.S. healthcare providers and laboratories to report all diagnosed cases.” (here) 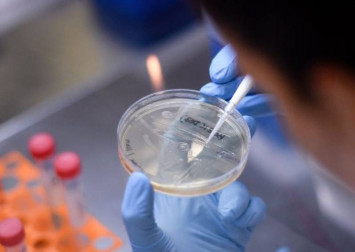 They isolated measles in the blood of a 13-year-old named  David Edmonston. Seven years later,  Enders succeeded in creating a vaccine and licensed it in the US.

In 1968, an improved vaccine, developed by Maurice Hilleman, began to be distributed. Called the Edmonston-Enders strain, this vaccine has been the only measles vaccine used in the US since then.

In 1945, the mumps virus was isolated. Three years later, an inactivated vaccine was developed. The strain that is currently used was developed in 1967 (here). Today, the vaccine is typically given as part of a combination vaccine that protects against measles, mumps, and rubella (MMR) (here).

ALSO READ: Everything you need to know about vaccines

A disease caused by poliovirus, polio disease was first described by British physician Michael Underwood in 1789 (here; here). In 1894, the first polio outbreak in the form of an epidemic occurred in the US in the state of Vermont (here).

According to the CDC website (here), “experts from CDC and other public health research institutions around the world think 2009 H1N1 influenza resulted from reassortment of influenza viruses that occur naturally among pigs.”

Doses of the swine flu vaccine were delivered throughout the US in late 2009 and early 2010 (here). Today, the CDC website says, “the H1N1 virus that caused that pandemic is now a regular human flu virus and continues to circulate seasonally worldwide” (here).

As the CDC website states www.cdc.gov/flu/avianflu/, “Avian influenza refers to the disease caused by infection with avian (bird) influenza (flu) Type A viruses.

These viruses occur naturally among wild aquatic birds worldwide and can infect domestic poultry and other bird and animal species. Avian flu viruses do not normally infect humans. However, sporadic human infections with avian flu viruses have occurred.“

A vaccine for avian flu, also known as H5N1, was manufactured by Sanofi Pasteur in 2007 (here).

False: Many “natural” diseases have been effectively curbed by vaccines developed in the laboratory.