I'll admit, despite being a Chinese Singaporean born in the 1980s, I'm a complete noob when it comes to getai. In fact, I've never actually attended one.

So believing that getais are traditionally only held within the 7th month, I approached veteran getai organiser Aaron Tan and hoped he could enlighten me about how getai has changed and what it's like now that he's been forced to move the business 100 per cent online.

With close to 20 years of getai experience under his belt, the owner of Lex(s) Entertainment Productions helpfully explained that the colourful song and dance doesn’t end with the 7th month. “Getais are held all year round," said Tan.

“We are hired for grassroots events like the Dumpling Festival and Chinese New Year, and also for private events like temples and factories," said Tan, who shared that he organises more than 200 getais in a year.

And in case you’re wondering, no, singers no longer have to “queue for a spot” on stage like before.

Here are other things you may not know about getais and their online variation.

1. Live-streamed getais are not new

Tan said he started live-streaming performance about four years ago, and the reason was to "attract a different crowd" and to let the getai culture blossom and presumably move beyond its traditional audience of aunties and uncles.

And because of his foray into the virtual arena four years ago, technical issues and kinks have long been ironed out, allowing his business to seamlessly move 100 per cent online during the Covid-19 pandemic.

2. No, it’s not cheaper to produce

According to Tan, costs are not low just because the events are now held online.

“We still have manpower costs, and we have to pay for the rental of the studio and everything.” It can cost up to about $6,000, small scale events can be about $4,000 or more. It depends on the performance and the duration.

3. The preference is still for traditional stage performances

"Of course we'd definitely like to move back to the traditional stage, where things are more rowdy," said Tan.

"When we are outdoors, we feel more lively and there's more energy, not like right now where we’re only facing the (online) comments."

When asked for further reasons why, Tan asked, "Do you like to stay at home?"

The good thing about live-streaming, said Tan, is that "you just have to go back to the same location, no need to tear down or set up, but the bad part is that it's quite boring for us".

We guess there's some thrill in "moving from place to place" and seeing the reactions from the different audience nightly.

4. There are still one row of empty seats for spirits

Even one relatively ill-informed about getai like myself knows that at physical performances, there is usually one row of seats left empty for the spirits. After all, the 7th month getai is meant to entertain these "brothers and sisters" as they roam the living world.

And this tradition is still maintained even in the studio setting. There's still a row of seats placed for these spirits to "enjoy" the getai, depending on the type of live-stream. But in case you're wondering, Tan says there have so far not been any spooky encounters on set, yet.

Response to the online getais has been good so far, said Tan. 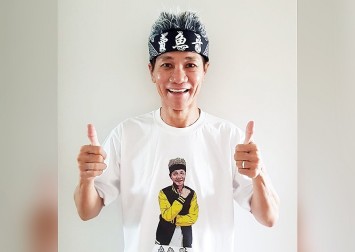 Online getais this month have actually drawn in more people than usual, with an average of 6,000 watching each performance.

On the future of getais, Tan said the hope is placed on the younger generation who can still enjoy getais, online or otherwise. There is also a wish that more people will also tune in to such online events.

"It’s easy for us to transform but it’s not easy for those with traditional mindsets to change," said Tan.