Got such thing in Singapore ah: Different types of licence plates

You confirm know there are many different types of licence plates here in Singapore, but do you know how many variations there are? And can you identify the type of vehicle based on whether its licence plate starts with S, PU, or... QX?

Read on and find out:

S… followed by two letters, up to four digits, and one checksum letter: For private vehicles.

This combination forms the typical private vehicle licence plate. "S" is for private vehicles from 1984, followed by two letters except "I" and "O" (so it won't be confused with "1" and "0"), number series up to four digits from one to 9999, and lastly a checksum letter.

This checksum letter is used to verify the authenticity of the licence plate. The exact calculation is slightly complicated, but you can easily verify your plate using this handy online tool.

Private vehicles from the early 1970s until the mid 1980s were issued plates starting with "E".

There are many other special licence plates too, which include:

Up to five digits number, beginning with a letter: For power-assisted bicycles (PAB), like the ones used by your friendly neighbourhood delivery rider.

MID: For the Singapore Armed Forces. Up to five digits before MID e.g. 12345MID.

RD: For vehicles involved in research and development projects, like the testing of new electric cars or fuel-cell vehicles on our roads.

RU: For restricted-use vehicles exempted from road tax, like the Singapore Zoo trams.

SEP: Only for the official presidential car

SJ: For Judges presiding the Supreme Court. The Chief of Justice uses SJ1.

SPF: Only for the Singapore Police Force Commissioner

S … CD: Only for foreign diplomats.

But here are others:

Off-peak cars: White letter on red plate. Cars with these plates cannot be driven from 7am to 7pm on weekdays and 7am to 3pm on Saturday. 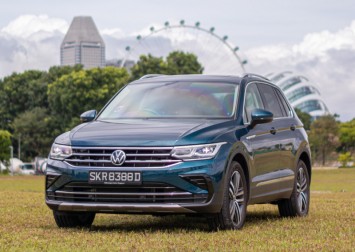 Research and development cars: White on yellow and blue plate. For experimental cars like electric cars or fuel-cell vehicles that are being tested on our roads.

Vintage and classic cars: White on orange and yellow plate.

Pulau Ubin vehicles: White on green plate. Also exempted from tax, but can't be driven on the mainland.

Restricted use: White on green and red plate. These are for vehicles that can only be used in certain locations, like the trams ferrying visitors at Singapore Zoo or shuttle buses on Sentosa.