When it comes to their recipes and trade secrets, folks in the F&B industry would usually guard these with their life.

But not this hawker.

Peng Ah Bah, the owner of a popular chwee kueh stall at Taman Jurong Market which has no name, just a signboard emblazoned with the words "chwee kueh" in Chinese, says he's willing to share his recipe, no strings attached.

And he isn't any other regular chwee kueh seller either — according to Shin Min Daily News, Ah Bah was once invited to the Prime Minister Lee Hsien Loong's residence on the second day of the Lunar New Year in 2016 to prepare the humble dish for PM Lee and his guests. Now, how many of us could say that we've cooked for someone of that status?

Before specialising in chwee kueh, Ah Bah worked at a slaughterhouse in Chinatown where he slaughtered chicken and ducks for a living.

Eventually, he moved on and apprenticed under a chwee kueh seller who was very protective over the secret recipe. In fact, his boss was so scared of anyone learning the ropes that he insisted on preparing the ingredients himself so as to prevent Ah Bah from learning any trade secrets.

"During my part-time job, I could only observe my teacher," he told Shin Min Daily News. "At that time, I thought that if I could become a boss one day, I would never be secretive about the formula, but instead share it with anyone who wants to learn."

Read Also
Would you pay $1m for a recipe? This Maxwell hawker is looking for a successor 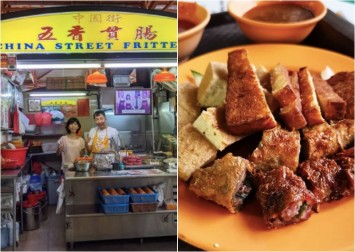 And Ah Bah has kept to his word.

Since then, he has taught the recipe to at least 15 people, some of whom were customers who patronised his very first chwee kueh store at Jalan Kukoh Food Centre.

Three of them have even gone on to set up their own chwee kueh businesses, but instead of thinking of them as competition, Ah Bah says that he hopes they will hone their craft.

Now, after toiling for so many years, Ah Bah says he wants to pass on the recipe to a successor so that he can finally retire within the next two years.