Jody has been in a relationship with her boyfriend for over a year and believes he shows signs of Borderline Personality Disorder (BPD) although he has never been professionally diagnosed.

"He worships me one minute, and the next, he accuses me of dressing provocatively and flirting with other men," says the 20-year-old. "He seems convinced I'm hiding things from him, and comes up with outrageous scenarios that have no basis in truth."

"However, after things calm down, he becomes all loving again and apologises. No one has ever shown me more love, nor caused me more pain."

People who suffer from BPD usually don't mean to come across as abusive, but because they're prone to emotional outbursts, they inevitably end up hurting others-especially their romantic partners.

WHAT IS BORDERLINE PERSONALITY DISORDER?

People with BPD experience an ongoing cycle of instability in their self-image, moods, and behaviour. 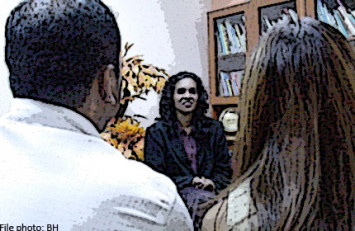 These symptoms can lead to impulsive and self-destructive actions, and problems with interpersonal relationships.

"People with BPD find it very difficult to regulate their emotions," says Evonne Lek, a Systemic Family Psychotherapist who runs her own private practice, Reconnect Child and Family Therapy. "They might express very intense emotions like anger, fear and sadness. They can also be very sensitive to innocuous things, and threaten to kill or harm themselves when emotional."

"They often have an intense fear of rejection or abandonment, and when this fear is triggered, they may act in ways to ensure that others are kept close. Unfortunately, these behaviours only have the opposite intended effect of keeping other people away, which then reinforces their negative beliefs about themselves."

Romantic relationships with sufferers of BPD are often tumultuous and characterised by intense emotions swinging between love and hate, sometimes within the space of a few hours.

A deep longing for intimacy is combined with a hair-trigger sensitivity to any perceived rejection, and this leads to a constant push-pull pattern of behaviour with their partner, creating much distress.

"If you're dating someone with BPD, you might feel like you're walking on eggshells all the time and you have to be extremely careful with what you say or do," says Evonne.

"There will be extreme emotional swings that can be hard to manage, and you might also end up feeling trapped in the relationship," she adds.

IT'S ALL ABOUT MANAGING THE CONDITION

However, this is not to say that any relationship with someone suffering from BPD is doomed to failure. With the right treatment, many people with BPD can learn to manage their symptoms.

According to Evonne, "There's no quick fix or one medication that works for people with BPD. The most important thing is to build a safe and trusting relationship with the therapist for any intervention to be effective."

WHAT CAN YOU DO TO HELP?

Choosing to attend therapy as a couple can also be a powerful agent for change. "Often, people start to see the possible benefits of therapy when they realise how their relationships are being positively affected," says Evonne, who practices an approach called Emotionally-Focused Couples Therapy, in which the couple is encouraged to build a secure relationship and express their feelings in a positive way. 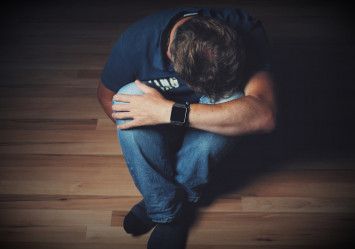 "When a couple attends therapy, the support and care from one partner can be enough for change to occur," she says.

Aside from professional therapy, Evonne also recommends staying calm when interacting with a loved one who might suffer from BPD. "Try to handle any crisis by listening and reflecting so that they feel heard. This does not mean agreeing with them, but it's a strategy to de-escalate the conflict.

When partners react quickly to the intense emotions, it can easily lead to escalation and it will be harder to regulate emotions after that."

However, Evonne strongly warns against anyone attempting to diagnose a loved one with the condition: "A diagnosis of BPD can sometimes be very scary, and I would caution against using it to label someone who has not been professionally diagnosed. If you feel that one of your loved ones has BPD, it will be wise to seek professional help."