The Singaporean Dream is an interactive card game loved by many, but when the losing streak starts, it can also become an experience that one passionately loathes.

If you’re one of the latter, the new “Rendang Burger To Rule Them All” power card will be that coveted trump card that you need to rise above the others.

The makers of the best-selling card game have partnered with Burger King to create a power card that is nothing short of game-changing.

The ultimate power card helps players level up by adding three dreams to your dream pile once the game ends.

This card will certainly come in handy as the player with the most number of dreams at the end of the game wins that round.

If you usually pride yourself on having a game plan, having the Rendang Burger power card will take it to another level.

Much like its namesake, the power card will only be around for a limited time, so be sure to get your hands on it while it’s still in stock!

Those interested to get their own Rendang Burger power card can get theirs by being the first 100 fans to purchase the Rendang Burger upsized meal from the Taste of Singapore menu on the Burger King app.

Between July 29 to August 2, the first 100 will be rewarded by getting a limited-edition “Rendang Burger To Rule Them All” power card.

Also, these fans will also have the option to purchase The Singaporean Dream: The New Normal card game at just $23, so that they can revel in the competitive spirit all while enjoying their Rendang Burger meal.

If you aren’t fortunate enough to be included in the 100, there is still hope.

From August 3 to August 22, Burger King will be launching Rendang Dream Bundle ($15.60) in collaboration with locally-owned Halal food service Hungryy. 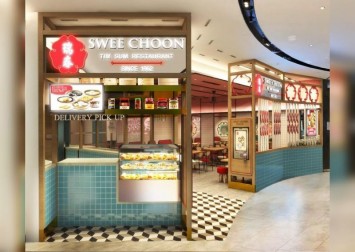 Moreover, every 10th person to order via the app will stand a chance to win The Singaporean Dream: The New Normal card game as well.

With just 100 card decks up for grabs, it is definitely a test of your luck.

Should you decide to put your luck on the line, fans who order the Rendang Burger from the Taste of Singapore menu from August 6 to 9 may also get a chance to get their own ultimate power card.

Those who purchase over the National Day weekend on delivery partners such as Deliveroo, Foodpanda, GrabFood and Hungryy can have their hands on it as well, with Burger King crews dropping the cards in orders at random.

In addition, lucky recipients of the Rendang power card will also receive a voucher for a one-for-one Gula Melaka Green Tea BBT Float.

This year’s National Day might be different from other years due to unlikely events but with this good food and games to look forward to, it will suffice for now.

If you are looking for another equally-fun-but-less-intense card game to play with friends during the joyous occasion, Hawker Wars might interest you.

ALSO READ: Best sandwiches in Singapore: Where to get stuffed stacks from smoky pastrami to gooey grilled cheese