"I never, ever wanted to be in real estate," says Eugene Lim, who spent 15 years in the business before founding coliving start-up, The Assembly Place . "The way it happened was, at about 23-years-old, in my second year in university, I didn't think my parents should be paying my fees. At that age, you should be fending for yourself, right? So when a friend said a broker could make $10,000 from one new home sale, I thought, why not give real estate a try?"

Eugene laughs when he recounts his earliest experiences selling property. "I did not have any background in real estate. I knew nothing about condos! I'd stayed in public housing all my life. It was brand new to me," he says.

"My intention, becoming a real estate broker, was to just to close that one deal, pay my year's school fees, and eventually, look for a job in the government sector, whether in the military or the civil service."

During national service, Eugene had served in the special forces and he could see himself making a lifelong career in the military. "In NS, I was fortunate enough to be in the commando unit," he says.

"Jumping parachutes and all that sort of thing - that shaped me. That's why I didn't want to be taking money from my parents anymore. I'd done all these adventurous things, and was still financially reliant on my parents? That wasn't right."

At that point in time, Eugene explains, "To become a real estate broker, you did not need to be certified, you did not need to get a license. All you needed to do was to go to any broker's office, pay some fees, you could become an agent the next day." That's exactly what Eugene did.

Read Also
From city-living to Sentosa Cove condo: How a family’s love for golf made them uproot for a 'resort' lifestyle 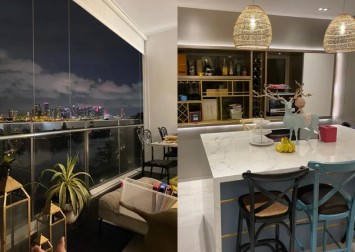 "I paid close to $600 in total in fees, insurance, namecards and so on, and became a real estate broker. There was only $300 left in my bank account, that's all."

That very weekend, Eugene jumped straight in, selling at a showflat with no sales experience or training.

"The first customer came in through the door, I told them all the basics: This is a boutique development, it's freehold, 35 units. This potential buyer, he asked me one question: 'When does this project top?' I replied, 'What do you mean by top?'" He laughs. "The clients were very kind, my senior came to my aid."

After that mildly embarrassing episode, Eugene says, "It was clear I needed to learn the know-how of real estate as quickly as possible. I worked hard to do so, and was lucky - in that year, even as a part-time broker, still in school three days a week, I made $130,000. And then I began to realise that hey, this is not too bad."

His friends started to see Eugene with a few dollars in his pocket, and began asking if they could join him in the business. He and his colleagues recruited numerous young brokers, and within a few years, Eugene had about 300 agents working under his supervision.

"I was the youngest team leader, at 26-years-old - a senior vice president of a local brokerage firm, which is the highest you can achieve," he explains.

He was subsequently approached to take on a corporate role at Knight Frank. "I was reluctant," Eugene says. "It wasn't until the third or fourth meeting that I said yes. 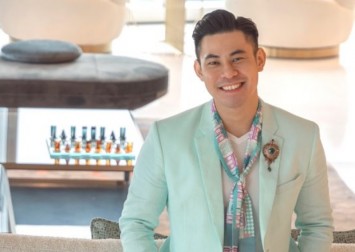 It was quite a culture shock for me to go from managing 300 agents, still being a freelancer, being self employed, to going to Knight Frank and drawing a salary. My first pay was $4,000 per month. So as you can imagine, I gave up a lot of earnings to take on that new job."

Nevertheless, Eugene realised how fortunate he was to have this opportunity. "At 27 years of age, very few people have the chance to head a department in a consultancy firm. It was an honour to be one of the youngest heads of project marketing in the history of Knight Frank for nearly four years."

It was during this period that Eugene began to build relationships with property developers, launching around 35 projects.

One of the firms he'd worked with, Wing Tai Holdings, approached Eugene and he chose to take on a role on the developer side. Next, Eugene moved to Oxley Holdings.

"I spent a good five and a half years at Oxley, working under the most amazing entrepreneurs, Ching Chiat Kwong and Eric Low. Under their leadership, I was empowered to launch projects in Singapore, London, Malaysia and Cambodia - it was a regional role as well as covering Singapore projects."

Working in a dynamic entrepreneurial environment inspired Eugene to launch his own startup. Which brings us to today, with Eugene's role at the helm of co-living business, The Assembly Place . "In recent years the sharing economy has become very interesting," Eugene says, when asked what drove him to get into this sector.

"Even before Covid-19 happened, it was clear that the world had changed; younger people, their behaviour, their social thinking has changed a lot. Young people today, they don't necessarily get married in their 30s in order to buy public housing, as people have in the past. Those days are gone."

Millennials and Generation Z, Eugene believes, have different priorities and approaches to Generation X or the Boomers. "They're investing in bitcoin, where older generations would invest in traditional blue chip stocks," Eugene says, by way of example.

"You see younger people giving up traditional professional jobs to learn coding and make apps. You see young people of today who make more money through gaming than they would in old-school office jobs."

Getting a sense of the zeitgeist, Eugene came to the conclusion that it was time for a new way of doing things. "Through co-living, traditional real estate can be disrupted, in the same way that co-working disrupted the commercial property sector," he believes.

There's not only demand from tenants, but also, from property owners. "Singapore property is getting so expensive and the rental yield is so bad," Eugene says.

"Landlords are happy to have us manage their assets, because even after paying our management fee, their rental income will be 50 per cent more than they'd receive renting a property out as a straight lease."

The Assembly Place takes an asset-light approach, and usually operates on a 5+5 year management basis, with 95 per cent of properties contracted in this manner. The start-up now manages about 550 rooms across 16 purpose-built co-living assets, with a total value of $250 million.

Eugene says the company is on schedule to operate 1,000 rooms by early 2022. An impressive portfolio, you'll surely agree - especially for someone who "never, ever wanted to be in real estate."