'Hopefully I'll be able to return to Singapore': Travellers in Europe, Australia and beyond share their anxiety over Omicron

Keith (far right) at the Colosseum in Rome with his friends.

When the Vaccinated Travel Lanes (VTL) were announced a few months back, Keith Lim didn't hesitate to book himself a plane ticket.

But just a few days into his Europe vacation with his friends, he found himself having to cut Sweden and Denmark out of his itinerary due to the detection of the Omicron variant there.

The 29-year-old filmmaker had jetted off from Singapore on Nov 25 and is currently making his way around Europe with his friends for leisure. After Spain, the group is now touring Italy and will be ending their trip in Germany.

While the announcement of the new Omicron variant has sent the world into a tailspin — especially travellers who have had to grapple with changing regulations — Keith tells AsiaOne that so far, aside from the frustration of having to alter his itinerary, his trip is still "quite all right" and "no one seems fazed by the new variant for now". However, he adds that this may change if the number of cases goes up.

For now, he and his travel companions plan on playing it safe by taking extra precautions like bringing out extra masks, using sanitisers and practising social distancing.

They also are considering dining out less while they are in Germany — where the Omicron variant has also been reported — because they "don't want to risk it".

Despite their concerns, they're sticking it out and heading there as they've already booked their flight tickets.

"I'll be checking the news daily for updates. Hopefully, I'll be able to return to Singapore at the end of the trip," he says.

And while the new variant has undoubtedly put a damper on things, Keith and his friends refuse to let it affect their high spirits and say that they still do not regret travelling despite the pandemic.

'Act fast if you want to travel'

Another traveller who has no regrets about exploring the world during this period is 26-year-old Avery Lim, who just returned to Singapore on Dec 7 after a two-week trip to Melbourne, Australia.

The well-travelled software engineer — she resided in Germany prior to the lockdown — admits that she found Singapore's restrictions "suffocating". Hence the trip to Melbourne to visit two of her close friends.

"I've got no itinerary at all, the original plan was just to escape Singapore for a bit," she tells us.

This all unfolded while Avery was still in Melbourne but fortunately did not hinder any of her travel plans — aside from the fact that she had to do more Covid-19 tests before safely returning to Singapore.

And neither did it affect how she got around in Melbourne. She was still required to create a myGov account — which travellers use to get their International Covid-19 Vaccination Certificate (ICVC) — as well as have an Individual Healthcare Identifier (IHI). Additionally, she had to download an app called Service Victoria, which is similar to Singapore's TraceTogether app.

She even managed to attend a music festival while there, but admits that it felt "overwhelming" as the place was completely packed.

"I still feel slightly uneasy being so close to strangers, but not having to wear a mask in public is an absolute blessing," she shares.

In Melbourne, masks are only required for particular groups such as primary-school staff and workers in higher-risk settings.

If anything, the dynamic situation has taught her that "you just gotta act fast if you want to travel", as she was lucky to arrive in Victoria mere days before the state implemented a three-day isolation period for all overseas travellers.

Plans 'up in the air' because of Omicron

On the other end of the spectrum, there are some who are still too afraid to hop on a plane despite the VTLs.

These include 28-year-old Caroline Brondbo, who has been working in Norway as an engineer for almost two years. Previously, the Singaporean-born Norwegian worked in Colombia, and would usually fly back to Singapore for a holiday every year or two.

Unfortunately, she's hasn't been able to keep this tradition up due to the pandemic — her last trip was in 2019.

As of now, her only concrete travel plans are to fly to the United Kingdom for a week for Christmas vacation. However, thanks to the Omicron variant, that's "now up in the air" as she has to wait and see if the UK tightens its Covid-19 measures further.

The rest of her travel plans are also still tentative as some European Union (EU) countries are closing their borders or enacting new restrictions.

Despite all the uncertainty, Caroline shares that she actually wasn't too shocked about the news of a new variant — she'd found out about the variant surfacing in Europe while she was on a weekend trip in Krakow, Poland in the last week of November.

In fact, she says she'd planned to travel from a Wednesday to a Sunday as she knew that Norway generally doesn't come out with new travel advice or restrictions until Mondays. She also kept in mind that if she were to remain in EU or European Economic Area (EEA) regions, a trip wouldn't be as heavily impacted by any new restrictions.

And while cases are generally on the rise, she admits that she isn't too worried about it as most of the people in her social bubble are regularly tested. It also helps that Caroline dislikes crowds, so she tends to stay away from them either way. 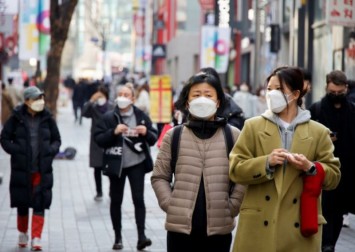 "Life for me hasn't changed all that much and as long as I can go on walks outside, it's all good!"

If you're a Singaporean hoping to travel to Europe via the VTL in the near future, Caroline advises that you should hold off your plans until the new year at the very least.

"With Christmas and New Year's functions, we'll probably see a rise in cases before it plateaus or decreases, so restrictions may tighten up again," she warns.

"Even for EU and EEA residents, most of us have put our plans on hold because it's changing on a weekly basis. It may be a good idea to wait until after New Year to see if restrictions lighten or if countries go into lockdown."