How this 28-year-old changed the local healthcare landscape

It can be agonising to see a doctor when ill. You not only have to be out of bed, but also wait resignedly in line for your turn.

Why not get a doctor to make a house call instead? After all, as with everything else these days, it can be swiftly arranged for on an app.

One that is growing in popularity in Singapore is Speedoc, a platform founded by Dr Shravan Verma and Serene Cai that offers the services of house call doctors, house call nurses and ambulances, as well as medication deliveries and telemedicine (where patients consult doctors via a computer or smartphone) round the clock.

“We set it up to cater to the underserved market of patients who were seeking medical care in the A&E departments, but whose care could actually be managed in the community. This included people who couldn’t or didn’t want to leave their homes, or found it inconvenient to visit clinics or hospitals,” explains Serene, who is also Speedoc’s Head of Partnerships and Projects.

She adds that there’s been a “large uptake” in the consumption of digital healthcare since the company’s launch in 2017 – it now has seven full-time doctors, works with some 50 locums, and has gone from five patients a month to up to 30 patients a day. It also currently boasts nearly 50, 000 active users. But while it has found success, Serene didn’t always have it easy.

Speedoc was launched during the advent of on-demand delivery apps like Foodpanda and Grab, and the duo were so determined about changing the local healthcare landscape that they both quit their jobs so they could devote all their time to the start-up.

“It was difficult! Back then, it was just the two of us and we had to do everything ourselves. We tended to patients, established investor relations, managed the marketing and business development, and did the finances and accounting.

It didn’t help that we faced a lot of doubt from people in the industry as we were a new service offering,” says Serene. It didn’t help that, passionate as she was about healthcare, she didn’t know anything about it – the 28-year-old was in the advertising industry prior to setting up Speedoc. 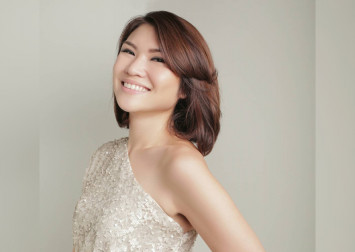 In addition, one of her biggest challenges arose simply because of her gender.

“Being female is one of the challenges that come with the territory – leadership in the workforce has traditionally been male-dominated and it takes a lot of gumption to rise to the challenge,” says Serene.

Then there were also money and people management issues.

“Everybody knows about the problems start-ups have with cash flow and fundraising, but what people don’t realise is that every hour of every day brings new challenges. In a medical start-up, these challenges can come in all shapes and forms, from people management, where staff are emotionally affected by patient cases they tend to, to potentially life-or-death scenarios.”

A growing demand for mobile medicine

Serene readily concedes that the ongoing Covid-19 pandemic accelerated consumer acceptance of digital healthcare by about two to three years because people are now careful about limiting contact.

“The pandemic has shown that there needs to be changes to the traditional, centralised method of providing healthcare, and that the healthcare industry should move towards mobile and virtual medical service provision.”

If you’re wondering: At present, if a patient has flu-like symptoms but is otherwise in stable condition, Speedoc doctors direct them to the nearest Swab and Send Home (SASH) clinic. 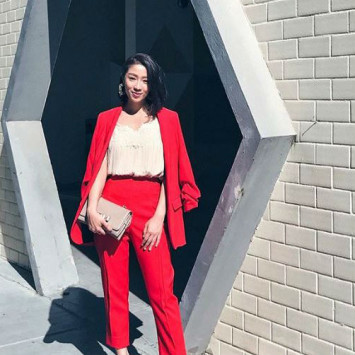 While the days can be long and tough, Serene finds the work to be meaningful – she and Dr Shravan were one of the first healthcare workers to step into the foreign worker dormitories when the outbreak first happened, and a particular encounter reinforced her career switch.

“This was when infection rates were high and not much was known about the virus. We were approached by the Ministry of Health to screen the workers for signs of respiratory illness –many of them exhibited flu-like symptoms and had fevers, and in all likelihood, many of them were Covid-positive. But the reality of the situation only hit me when I found out a worker the same age as my younger brother had been coughing for weeks and having chest pains.

“I was shaken by the thought of my younger brother’s counterpart, alone and ill in a foreign country, having to hold a conversation in a language he didn’t fully understand, and us trying to impress upon him the severity of his potential condition. I never felt more sure in my life that I had chosen the right occupation.”

One woman, many hats

Apart from her role at Speedoc, Serene is vicepresident of the Sharing Economy Association Singapore and a member of the Young Women’s Leadership Connection, where she helped structure a six-month long mentorship programme in partnership with ITE College Central and International Women’s Forum (SG) for underprivileged female youths.

She is also the founder of The Well Woman Initiative, a social media community where members are able to have unfiltered conversations about health issues and conditions that affect women disproportionately, such as polycystic ovary syndrome (PCOS) and endometriosis.

And even though she’s already an inspiring figure, there are traits that she wishes to continue to hone – a clear reflection of her will to always do better.

“Every day, I try to be someone who is as passionate and hard-working as Taylor Swift; with the dignity, grace and intelligence of Michelle Obama; and the kindness and compassion of Jacinda Ardern. All of them individually represent parts of a whole that I truly try to emulate.”