How to Google effectively for the best hotel for your holiday

Don’t know how to do something? Google it. The search tool is so widely used that it’s now used as a verb. So it’s a given that when one is planning a holiday, one uses Google to find information, from the weather to places to stay.

While there might be apps and booking platforms that allow you to book hotels directly, Google gives you an overall look at the hotel rates according to the time of the year and location. Here are some tips by Andrew Silverman Director, Travel Product Management.

NARROW DOWN YOUR DATES

Can’t decide when is the best time to go based on the weather, the number of visitors and hotel rates? Go to google.com/travel on your desktop and click on the “when to visit” tab. It gives you an overview of what to expect in different months. For example, Bangkok sees fewer visitors from July to September, but it’s also their rainy season.

DECIDE WHICH NEIGHBOURHOOD YOU WANT TO STAY AT

When choosing a hotel, it’s important to take note of its surroundings. For example, some people might think having a convenience store nearby is the most important factor, while others might want to avoid living near a cemetery. To find out what the neighbourhood is known for, click on “where to stay”. You’ll get basic information such as what can be found around the area as well as the average hotel rates.

However, we suggest going a step further to zoom in to the area on the Google map to find out if it’s near places like the cemetery (if you’re scared or pantang) or the red-light district (which means, it can get noisy at night).

YOU CAN GET PERSONALISED RESULTS

We must admit, while this is convenient, we’re a bit iffy about this. What Google does is that it will highlight you hotels that you’ve previously searched for or stayed at, or suggest hotels based on places of interests that you’ve searched for. Convenient? Yes. Do we feel like we’re being watched? Yes. If you don’t want Google to track what you’re up to, make sure you’re not logged in while using the services, and also browse using the privacy or incognito mode.

LOOK FOR THE REVIEWS 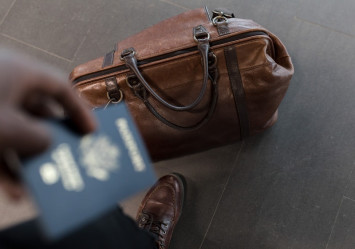 This wasn’t a tip contributed by Andrew, and it might seem like a no-brainer, but some people might forget to read the reviews while searching for a hotel. Once you’ve Googled for hotels at your destination, look out for the Google rating and number of reviewers. If a hotel got a five-star rating but was only reviewed by one person, we suggest doing more research on other platforms. And don’t just read about the good stuff—sort by the lowest rating and read why the hotel got bad reviews. Also, take note of the dates of the review. If the last positive review was two years ago, dig a little more.

Another tip that comes from our personal experience: Google the images. Decided on a hotel? You might be tempted to click “book” immediately, but take it to Google images. Bear in mind that the images uploaded by the hotels were probably taken when the hotel was first opened or even Photoshopped. We usually look out for user-contributed photos on Booking.com or TripAdvisor, or even photos uploaded by hotel guests on their blogs or social media. This will help you manage your expectations before making the reservation.

This article was first published in CLEO Singapore