When Hubby and I found out that we were expecting a boy, we were ecstatic. But what popped into my mind immediately was a stream of names that I didn't want to associate my precious with.

"So, have you thought of a name for your little one?" friends and relatives would ask. And each time the husband said that "we" were going to name him Tom, I'd cringe.

He'd reasoned that the name was short and sweet, and reminded him of our talented choirmaster. I, on the other hand, could only associate the name with a creepy salesman who once tried to date me.

When the 32nd week rolled by without us having agreed on a name, I was certain that by the time it came to having my crotch shaved at the operating table, our baby would still be called, well, Baby.

But by some miracle, the name Jude popped up during a family dinner the following week, with Dad announcing that it was a great name for his new grandson. And that was it.

I loved the name and the husband couldn't disagree with his father-in-law, could he?

If you're currently drawing up your baby's name list, here are 10 tips to help you along.

DO CONSIDER YOUR FAMILY NAME AND SUBSEQUENT INITIALS

Some given names just don't go well with certain surnames and, in some cases, you can end up with unfortunate initials if you aren't careful. Imagine the horror if Junior's nametag read "S.O. Tong".

Not only would he be the butt of jokes in school, but his army mates would probably be merciless, too.

DO PUT YOURSELF IN YOUR CHILD'S SHOES 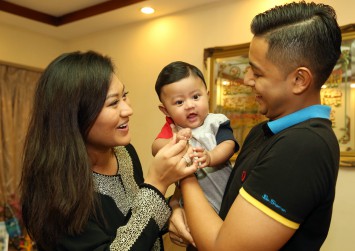 Imagine your child as an adult. Would it hurt his chances of scoring a job interview if he was named Buddy Bear (after Jamie Oliver's son)?

What kind of impression would she be giving if she were a big-time CEO and the name on her business card said "Baby"?

Grandma had a mahjong kaki named Baby and the sweet old lady was already in her late 60s when I first met her. She remains the first and only adult Baby I've come across.

DON'T CHOOSE A NAME THAT IS TOO POPULAR. GET A LITTLE CREATIVE.

If you pick a name that's on-trend, there is a high chance that your child will be one of many Aidens and Ashleys.

Accounts executive Jeslyn Khor, 33, and her engineer husband, Raymond Neo, 37, came up with their son's name, Jeron, who is now eight, by stringing together the alphabets of their names.

DON'T CHOOSE A NAME THAT HAS AN UNUSUAL SPELLING, TAKES TWICE AS LONG TO WRITE, OR IS TOO DIFFICULT TO PRONOUNCE

It's nice to be unique, but if the spelling is so uncommon (like Gnicole with a silent G) you might be setting your child up for a lifetime of spelling it out to others.

And when it comes to picking Chinese names, spare a thought for your child.

Don't pick a word that consists of two-dozen strokes - he will take a minute more to write it out during exams when time is of the essence!

Choosing your child's name is a very personal decision, so try to keep it between you and your spouse. Floating the name to your circle means everyone will have an opinion about the names you've shortlisted.

So if you've gone through many painful rounds with Hubby to arrive at a few that you both agree on, you'll have to stick to your guns once the critics start shooting their mouth off.

However, if it's no longer a secret between the two of you, do take others' opinions with a pinch of salt.

Perhaps the exception is to float the name to school-going kids. Ask a few of them for their opinions on the names you intend to choose.

They're brilliant when coming up with nicknames for their peers, so do think of the many variations of nicknames that could possibly arise from your child's name.

DON'T START A WAR WITH YOUR SPOUSE

Having a baby is a beautiful chapter in your lives, and the last thing you want to do is to start a fight to claim sole rights to naming Junior.

If neither of you can agree on a name, perhaps split the naming duty; one picks the first name, and the other picks the middle/Chinese name.

Or compromise. So if he thinks Robert is the best name for your child and the sound of it makes you cringe, try negotiating for Rob - if you can live with it, that is. 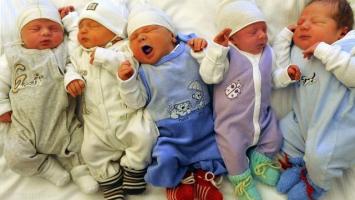 Name associations can be fleeting for some and lasting for others. Does the name remind you of that Primary 6 bully, the nasty client, or the creepy neighbour?

If a name brings back unhappy memories, you're better off striking it off your list.

DON'T IGNORE ANY DOUBTS YOU HAVE ABOUT YOUR KID'S NAME

Some parents wait till they see their baby's face before deciding if a name fits. If you have doubts about the name you've picked, go with something else.

DO RELAX A LITTLE

Don't worry about finding the perfect name, because you can't please everybody. So if someone close doesn't like what you've picked, try not to let that affect you.

After all, once a child is known by his or her given name, others will naturally get used to it.

Besides, you've got up to 42 days to register your baby's birth, so fret not and good luck!