Human exposure to BPA may be greater than previously thought

Humans may be exposed to higher than expected levels of bispehnol A (BPA), a toxic chemical thought to interfere with hormones involved in normal growth and development, according to a study using a new method for measuring the chemical in people.

Longstanding tests for human BPA exposure have relied on an enzyme solution made from snails to transform BPA metabolites - breakdown products formed as the chemical passes through the body - back into whole BPA that can then be measured, researchers note in the The Lancet Diabetes & Endocrinology.

These methods have also long been used by US regulators to set safety standards for consumer products.

In the current study, researchers compared this old way of assessing human BPA exposure with a new method that directly measures the BPA metabolites.

They used both the old and new methods to test synthetic urine spiked with BPA and found that one version of the old method - one used by the US Food and Drug Administration - detected just 10 per cent of the BPA.

When they tested the old and new methods on 39 human urine samples, the new method showed BPA levels up to 44 times higher than the average exposure levels found in the National Health and Nutrition Examination Survey - data that was used to set safety standards.

The disparity between the two methods increased with more BPA exposure: the greater the exposure the more of it the previous method missed.

"This study raises serious concerns about whether we've been careful enough about the safety of this chemical," said senior study author Patricia Hunt of Washington State University in Pullman.

"What it comes down to is that the conclusions federal agencies have come to about how to regulate BPA may have been based on inaccurate measurements," Hunt said. 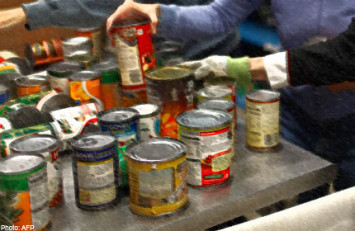 BPA can be found in a wide range of plastics, including food and drink containers, and animal studies have shown that it can interfere with the body's hormones.

In particular, fetal exposure to BPA has been linked to problems with growth, metabolism, behaviour, fertility and even greater cancer risk.

Despite this experimental evidence, the FDA has evaluated data from studies measuring BPA in human urine and determined that human exposure to the chemical is at very low, and therefore, safe levels, the study team argues.

This paper challenges that assumption and raises questions about other chemicals, including BPA replacements, that are also assessed using indirect methods, the researchers conclude.

With inaccurate measurements of BPA, studies on the negative health effects may have also underestimated risks of exposure to the chemical, said Dr. Leonardo Trasande, director of the NYU Center for the Investigation of Environmental Hazards in New York City.

"We may have underestimated the effects of BPA in human studies," Trasande, who wasn't involved in the current study, said by email.

The current study was small, and it wasn't designed to determine whether or how BPA exposure might lead to health problems. 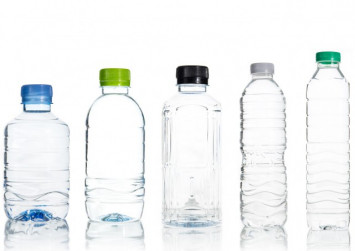 BPA, parabens and antimicrobials are widely used in personal care products and plastics.

In some previous studies, so-called endocrine-disrupting compounds such as BPA, parabens and antimicrobials have been shown to interfere with hormones and have harmful developmental, reproductive and neurological effects.

"We can't eliminate our exposure, but we can reduce it by avoiding obvious routes of contamination, e.g., handling of receipts, placing plastic in the microwave or dishwasher (heat is an invitation for chemicals to migrate out of plastic), and continuing to use products that show clear signs of wear and tear (when they are damaged, they are leaching chemicals)," Hunt said by email.