I carried a $4,000 Chanel to see what the hype was all about -- but it only convinced me luxury bags are not for everyone

Heavy is the head that wears the crown. But in the past week, a different adage spoke to me - weary is the hand that carries a Chanel.

There's a certain reverence for the brand which appears to instantly elevate one's status, and people my age regard the ownership of a Chanel as a legit #accomplishment.

While other brands like Hermes could be exponentially more expensive, ownership of a Chanel to millennials seem to be the equivalent of owning a Rolex to my parent's generation.

I've never really understood the hype. Then again, I carry a giant backpack to office that has been through thick and thin with me, containing a giant water bottle and a spare change of clothes for my after-work gym activities.

So when the opportunity came to pick a Chanel out of 1,500 luxury bags (more on that later), I volunteered to see if it'll have a major impact on my life.

TL;DR? Not exactly. But a certain designer bag subscription service kind of did.

WHY A CHANEL IS NOT FOR ME

The moment I held the Chanel, it was apparent that this was not the bag for me.

Read Also
Where is the cheapest place Singaporean shoppers can buy Chanel bags? 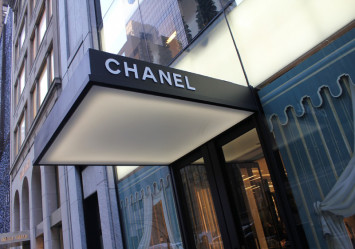 According to colleagues, the style and colour of the bag aged me by a decade and I left the office that day with my boss cautioning me that the company would not be paying for any damages incurred.

This made me more paranoid about potential scratches or stains that could tarnish the soft leather — perhaps going with nude was not a wise choice.

While hanging on precariously to the MRT pole on my way home, I unconsciously clutched the bag protectively. I kept stealing furtive looks at my fellow commuters because I was afraid someone could accidentally damage (or worse, steal) the bag.

IT'S NOT THE BRAND, IT'S YOU

While reflecting on my experience, I came to the realisation I chose a bag that failed to match my existing wardrobe and lifestyle, so the failed luxe experience was on me, not the Chanel.

Because comfort trumps aesthetics, most of my wardrobe consists of stretchy cotton and athleisure, so it was a struggle to dress in a manner befitting the elegance of a classic Chanel.

And since I'm a homebody whose favourite activity is Netflix, there wasn't much opportunity for me to bring the Chanel out anyway.

If a certain bag with a four-figure price tag has caught your eye as of late, important factors to take into consideration include your lifestyle and personality - otherwise it'll just become a white elephant.

After the failed Chanel experiment, I decided to give Style Theory's designer bag subscription service another go — this time picking a bag with an aesthetic that appealed to me, rather than its brand.

For my second try, I went with a chic black YSL bag that captured the hearts of several of my colleagues the moment it arrived in office.

This time, I found it easier to match my daily #OOTD with the bag, and its dark colour meant I could carry it without fearing stains on the leather as much.

If you're a klutz yourself and worried about damaging the goods, Style Theory has an co-payment scheme in place for an additional $10 a month that ensures repair costs won't go beyond $75.

The subscription is a monthly one (just like Netflix), and users pay $129 a month to choose up to two bags from over 1,500 bags, with brands such as Celine, Gucci, Loewe, Bottega Veneta and more.

Each bag can be rented for a maximum of three months, and once passed, a late fee of $5 will be imposed for every day until the bag is returned.

Selected styles also have an additional charge that can range from $30 to $120, and this fee covers all cleaning and express two-day delivery.

But do take note that each bag has to be returned before a new one is borrowed, so technically users can only rent one bag at any point in time.

From personal experience, the delivery and return process was hassle-free, though the box was a tad bulky and troublesome to lug home.

While I'm not exactly a convert who's willing to spend her next salary on some pricey arm candy, I can see how designer bag-lovers will find the platform useful to try bags out before deciding to give it a forever home.

If you've never owned a luxury bag before, this service is a chance to get a taste of what that feels like and also a way to enjoy the bags without committing to a single brand or style.

One of the more frustrating things about the service though, was that many of the more popular designs and brands I wanted to try out were not available for rent. 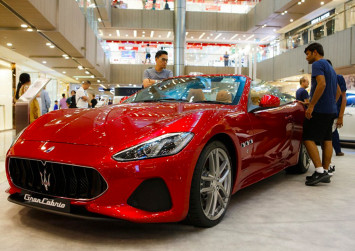 That said, a representative told me the subscriber base has at least tripled since January 2019 and they've enforced a waitlist to ensure healthy bag to subscriber ratio.

If you have one too many white elephants sitting at home, Style Theory has an option for you to sell or consign the bags to help clear the space in your wardrobe and receive a 90 per cent commission on the sale price and receive rental fees until your bag is sold.