I dropped my phone and slippers onto the MRT tracks. Here's what to do if it happens to you

Those who know me can all agree that I'm a bit of a klutz. Yes I'm the person who can trip over their own feet even when walking on a flat road and I have the scars on my legs to show for it.

Once, I appeared late for a dinner appointment with friends as I had dropped my phone into the MRT tracks, they didn't doubt for a second that I was telling the truth.

While boarding the train en route to my dinner, I was bumped on the shoulder by someone exiting.  My mobile phone slipped from my hands and spun its way into that narrow gap that separates the MRT and station floors.

Perhaps I'm a magnet for such situations, but my phone is not the first of my belongings to fall victim to that narrow MRT track gap.

A couple of years prior, I managed to walk at such an angle that my single strap Birkenstocks slipped off one of my feet and onto the MRT tracks.

The friends I were with then were in as much disbelief as I was, and we all broke out into hysterical laughter at how ridiculous the situation was.

What to do if you drop items into the MRT track

While those around me have never met anyone else who has dropped their personal belongings into the MRT tracks before, according to both SBS Transit and SMRT, I'm not the only person who has done so.

Items that have been retrieved from MRT tracks include mobile phones (that'll be me), keys, EZ Link cards, footwear (me again), wallets, documents, toys, jewellery and spectacles.

If you happen to be (un)fortunate enough to drop an item onto the MRT track, here's what you can do.

Read Also
This made my day: MRT station staff gives own money to lost jogger for ride home 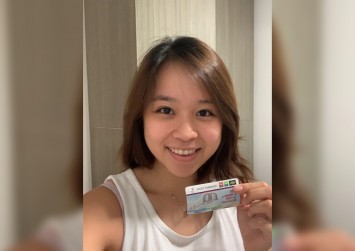 "Passengers should report it to the station's passenger service centre with details of where they had dropped their items, the train's direction of travel and the platform screen door number, " says SBS Transit's senior vice president for corporate communications Tammy Tan. And that's what I did on both occasions.

In the case of my slip-ons, after I reported the incident, a kind staff member loaned me their spare slippers so I didn't need to go home barefoot.

According to SMRT, the night shift duty station manager will retrieve the item from the track when the trains end their service. You can head back to the same station the next day to retrieve your item, which I did, while also returning the loaned footwear.

However, when I misplaced my phone, I was considerably more concerned since so much of our day to day lives are stored inside our phones. I wasn't even able to contact my friends to let them know I would be late, because let's face it, how many of us can rattle off our friends' phone numbers without looking it up.

I also wondered if my phone would make it back into my hands safely, as you never know what happens to electronics when they are dropped.

While I recounted what happened in a panic, the staff members didn't bat an eyelid and told me calmly not to worry. Apparently, it happens often enough and all mobile phones have returned to their original owners without any loss of function. 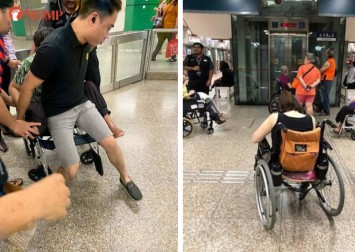 The station staff kindly agreed to help me retrieve my phone once rush hour was over. The interval between each train was longer, allowing them to manually open the doors and retrieve the item. I headed back to the station after my dinner at 11pm and was able to get home with my phone in hand.

Even if they don't receive a report of the loss of any items, SMRT station staff conduct regular inspections on the track. Any items that are found are kept at the station for three days before they are sent to the lost property office at Marina South Pier station.

While you'll have to deal with the inconvenience of not having your items for a while, you can rest assured that even electronic devices should return safely into your hands if they ever land on the tracks. Just hope that it never happens to me again.