'I felt I was being choked': Paranormal investigator who hunts for ghosts in Singapore

He's an emcee who has found himself trying to rev up a different type of crowd.

Paranormal investigator Noel Boyd got his start hunting down spirits 13 years ago, when he was challenged to go into a padded cell at the old police headquarters during a Halloween event.

But in the 45 minutes that he was locked in there with just himself and a camera, something clicked.

"The adrenaline was pumping, and I told myself maybe I should do this, you know, do a show about it. Because Singaporeans love ghost stories. So that's how my interest began."

And through his extensive research afterward, the history buff realised there isn't much to be afraid of. "We are always afraid of what we don't know."

While Noel, 42, might have nerves that are steelier than most, he does admit there are times when fear takes over. One such occasion was when he and his crew were filming at Istana Woodneuk.

"I recall being on the second floor (of the building) and something just told me, 'You have to get out there like right now. You have to leave'.

"So this is something I tell people that follow me on my paranormal investigations. If you feel fear, you've got to try not to be afraid. But if something tells you to get out, you have to listen to your instinct," says Noel, who also hosts a regular podcast about his and others' supernatural encounters.

For the record, Istana Woodneuk is now a restricted area and trespassers are strictly not allowed.

Over the years, the 42-year-old has also learned to tone down his combative style of getting spirits to show themselves. 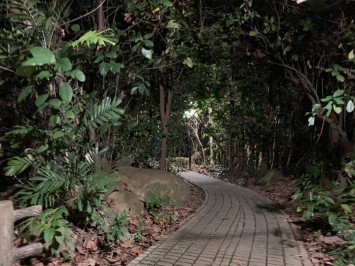 "I used to be very aggressive. I think I didn't understand the dangers that came along with what I do. So I would be very pushy.

"I would even say stuff like, 'if you don't show yourself, I will urinate on your grave'."

He wasn't prepared for the experience that came next after uttering those words.

"I felt that I was being choked, I couldn't breathe, I was on the ground. Because I even challenged it to pass through me, so I think with all that, it was just pissed off," he shares.

Ever since that experience, Noel has changed the way he conducts his investigations. "Now, it's all about love. It's all about respect. You know, I think that's the least I can do."

And he realised that "when you challenge an unseen force, you have no you have no clue what's gonna happen next".

Another realisation is that he's not in this alone, and what he does affects his loved ones too.

He recounts how his wife was once left shaken by an encounter at home. She'd felt someone lying down next to her on the bed, but when she turned around, Noel wasn't next to her.

Now that he's a dad, the new father of a 7-month-old girl also feels an overwhelming sense of responsibility to protect her.

"I try not to do this (ghost-hunting) too often, because my priority is always the safety of my child. I love her so much, I don't want anything bad to happen to her. So I have got to be very careful. More than ever," says Noel, who just got married last year.

Read Also
The most haunted places in Singapore, according to a paranormal investigator and why Pulau Ubin takes top spot 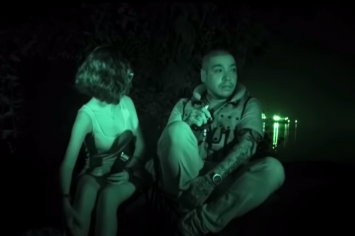 His family is the reason why he took a break from investigations for more than a year.

"I felt I needed to concentrate on my new family with my wife before I could do anything else. As it is, my paranormal work is very draining," he shares.

While spirits do little to faze him these days, humans, on the other hand, can sometimes be more disturbing.

He says: "There are always the keyboard warriors. Some of them really upset me when they bring up my late father. Or they would say stuff like, 'Oh, this guy just wants attention' or 'This guy doesn't have a proper job'. Not knowing that we don't even earn anything from this."

Watch the video to find out more about how Noel goes about his paranormal investigations and our tour with him to Bukit Batok Nature Park.