The Illusionists: Witness this mind-blowing magic before it disappears

Be amazed and astounded by the world's biggest-selling magic show playing in Singapore until June 17.

When the movie Now You See Me was released in 2013, I instantly fell in love with it.

I watched it over and over until I could practically memorise all the dialogue, and spent weeks trying to learn some of the card tricks shown in the film (this was abandoned after the 500th paper cut I gave myself).

Ditto with the second movie three years later, and I'm still holding out for Now You See Me 3. Yet, despite all this, I've never had the chance to watch an actual magic show — until now.

Enter The Illusionists, a jaw-dropping magic show performed by some of the world's most incredible magicians and illusionists.

After a two-year hiatus due to Covid-19, The Illusionists are back in Singapore with a stunning new line-up of magic tricks, escapologist stunts and other death-defying acts.

Naturally, I couldn't pass up this opportunity, and given that shows like this are best enjoyed in a group, I called upon my colleague Farhan to attend the performance with me.

Hey Farhan, this was the first time each of us watched a "live" magic show. What expectations did you have heading into it?

Farhan: I had no idea what to expect. When I think of illusionists, what comes to mind would be the Now You See Me movies series, David Blaine and David Copperfield television specials. Magic has always intrigued me, so I was quite excited and curious to see it "live".

Janelle: I'm a huge fan of Now You See Me, so I was super excited about getting to actually see a real magic show. The closest thing I'd think of would probably be Cirque du Soleil; I've never seen that either, but if I'm not wrong it involves magic acts as part of its circus performances.

But given that this is a world-class magic show, I was expecting something super polished and mind-blowing.

Farhan: I agree with your sentiment, Janelle. Knowing that The Illusionists is a show that came directly from Broadway also made me confident that I would be seeing a world-class performance.

Who were some of your favourite acts from "The Illusionists"? Did anyone or anything particularly stand out?

Farhan: Oh man, where do I start? The pacing of the show was fast and furious. There was the Master Magician who was essentially the host for the show. He was smooth and suave, exactly what I'd imagined a charming magician would be. The Portuguese accent already had me spellbound LOL.

But I digress. I would say my favourite in terms of how cool and clever his act was had to be The Unforgettable. This fella's entire modus operandi is misdirection.

Let's just say he would do a super mind-boggling illusion, then tease the audience by pretending to show them how he would execute it, before blowing our minds with an even cooler stunt. I must say, I was entertained by the rollercoaster of emotions he put me on.

Special mention must go out The Manipulator as well. He is a Korean magician who is a master of sleight of hand and I must say I was enchanted by his entire performance, which just revolves around a deck of cards. Trust me, it's truly mesmerising, and it's not just because he looks like he could be a member of BTS.

Janelle: I'd have to agree about The Manipulator. His card skills are absolutely incredible.

Most people (myself included, embarrassingly) tend to be clumsy and amateurish when handling playing cards, but in his hands, they seemed to flow as smoothly as water. It was like a seamless stream of cards appearing from nowhere.

Read Also
What to do this weekend (June 3 to 5) 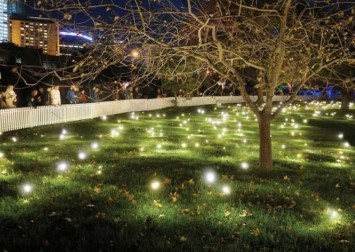 Aside from that, I'd say The Warrior was my favourite. He thoroughly blindfolded himself to the point where I had no idea how he was able to breathe, then wielded a samurai sword and sliced through objects held by audience participants.

One of them had a pineapple perched on their head, and The Warrior sliced off the tip of the pointy leaf on top without even causing the fruit to wobble!

Not to mention his William Tell act later on… with the addition of an audience member's wedding ring inside the apple.

Did I mention he did all of this without ever saying a word?

Definitely the most understated and thoroughly impressive act.

The audience participation was a fun part of the experience. Let's share our thoughts on that!

Janelle: At first, I was pretty sceptical about the whole thing; I was half-convinced that the "audience members" being chosen to participate were actually planted by the performers.

But then a kid got chosen for one of the acts (albeit not one of the more dangerous ones, obviously)… Well, that debunked my theory pretty quickly, to say the least.

Still, I'm quite amazed at how calm the chosen participants were while someone was swinging a sword at them while thoroughly blindfolded/firing an arrow from a distance away through an apple the audience member was holding.

And I'm quite glad I wasn't chosen to go on stage! Exciting as that would have been, I think I'd have fainted from a combination of fear and stage fright.

Farhan: HAHA same here. I will not get on the stage even if my life depended on it. We had really good seats just a few rows from the front so it was terrifying anytime the magicians would walk down the aisle looking for willing victims, I mean, participants.

So if you want to enjoy the show in peace, free from anxiety, please consider sitting at the upper levels.

There were some truly heart-stopping moments on stage. Which illusions scared you and which intrigued you the most?

Farhan: Two stunts stood out to me as being especially heart-stopping. One was the water torture cell escape and the other was a scary archery stunt where the magician was blindfolded and had to shoot at a target which was above an audience member's head.

Let's just say I wouldn't have had the guts to stand on the stage and become target practice, no matter how professional the magician may be.

Janelle: As mentioned above, The Warrior's blindfolded samurai sword slicing act. And yeah, definitely The Escapologist's act right at the end of the show.

To elaborate, he had himself chained and handcuffed, then suspended upside-down in a very small water tank, with his feet locked in place at the top. 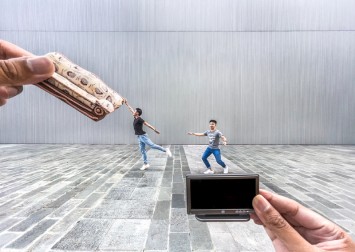 He held his breath for two and a half minutes, picked all the locks securing him with nothing more than a paperclip and emerged barely out of breath. I was blown away by how calm he was the entire time; I almost forgot to breathe while watching him!

In particular, I think the fascinating thing about these two acts is that there's no smoke and mirrors involved. The other acts are mesmerising because you don't know how they did it, but there's obviously some trick to it.

With these acts, on the other hand, you know exactly how they're doing it. The question is, can they pull it off?

It takes nerves of steel to be so utterly fearless in the face of gravely dangerous acts and the possibility of serious harm to themselves and/or the audience participants.

And yet, the illusionists showed nothing but steady confidence the entire time; not a flicker of doubt or hesitation. They're simply that confident that they can pull off their acts flawlessly. And they did!

What impression did The Illusionists leave you with?

Janelle: I would describe it as something deeply admirable: How amazingly talented the magicians are.

The performance had spectacular showmanship — sleek costumes, dramatic lighting, pumping music to set the mood and whatnot. But if you strip all of that away, it becomes clear that this is a team of extremely dedicated masters of their craft.

The amount of training and practice they must have undergone to achieve this level of flawless, polished skill is astounding. Ultimately, while the flashy stuff dazzles and has the audience go "ooh" and "aah", at its heart, this show's true magic is the sheer dedication of its illusionists.

Farhan: Yes, you gotta respect the illusionists themselves. What they do requires lots of skill and expertise. They're simply pros so even though some of the stunts scared the living daylights out of me, I felt safe in the knowledge that they were performed by some of the best in the business.

Would you recommend "The Illusionists" to your friends and family? What would you tell them?

Farhan: Yeah, definitely a great show to bring your date or a group of friends. Great entertainment for anyone looking for a fun night out beyond the usual dinner and movie. You won't regret it!

Janelle: Definitely! This is one of those shows that's best enjoyed in a group. Feel free to (quietly) whisper to each other about how unbelievable the acts are, or jokingly sabo each other when the magicians are picking "volunteers".

Just don't try too hard to figure out how the tricks are done. One, you'll get a massive headache. Two, the seeming impossibility of these acts are half the fun; it really gives you the feeling that you're watching genuine superhuman feats.

That said, while children aged four and above are allowed admission, some of the acts might be a bit too intense for younger children. Personally, I'd say that kids seven and up should be alright to watch this.

The Illusionists" is showing at Marina Bay Sands from now till June 17. Get your tickets here.