Investing in sneakers: What factors drive up the resale value?

Part of the reason sneakers can be so expensive is their rarity - Kanye West's limited edition Yeezy models, for example, sold out in less than 2 hours.

As such, consumers who failed to buy one through the official channels have to resort to resale markets. In turn, this incentivises sneaker investors to place a premium value for the sneakers on the resale market.

Using the popular Yeezy Boost 350 V2 as an index, we analysed the sneaker resale prices to determine other factors that could impact resale prices.

WHAT MAKES YEEZYS SO EXPENSIVE?

Yeezys, particularly the Yeezy Boost 350 V2 models, make for a good resale commodity because they are released regularly at a limited quantity. Additionally, they are hugely popular, making them a "fluid" asset.

In fact, five out of the 10 most commonly resold shoes are Yeezy Boost 350 V2 models.

The research team at ValueChampion collected data from GOAT, a dedicated shoe resale platform with more than 7 million users and nearly US$100 million in investments, and found that the median price of Adidas Yeezy Boost 350 V2 shoes is approximately $470.

Given that the retail value of these shoes is $220, it can be said that the average investor nets US$250 per sale.

We found that there was an inverse correlation with shoe size and price.

In fact, size 14 Yeezy Boost 350 V2 shoes, the largest shoe size sampled in our research, are more than 30 per cent cheaper than their size 6 counterparts.

Given that the average American foot size is 10.5, shoes with size 6 or 14 may be rarer in terms of quantity.

However, smaller sneakers may garner more demand given that they may cater to young adults and women as well, driving up their value.

Release date also showed a slight correlation with pricing. We noticed that the shoes from 2016, the first year of release, were being sold at the highest median price of $855.

The next most expensive shoes were from the subsequent year, which traded at a median price of $460 for the same size. Interestingly, the difference in price for shoes released in 2018 and 2019 was minimal.

Although Yeezy Boost 350 V2 models have only been in the market for 4 years, it appears that the longer the shoes have been released, the higher value they have.

The sort of high fees associated with using resale platforms may be another explanation as to why Yeezy Boost 350 V2s are so expensive.

In return for using the GOAT platform, resellers must pay 3 different platform fees: seller, commission, and cash out fee. After a successful sale, GOAT takes US$5 upfront (US: $5, Canada: $20, Guam: $25, Other: $30).

Then, the platform also takes at least 9.5 per cent of the sale, which increases to a maximum of 25 per cent depending on the seller rating. Lastly, in order to cash out, GOAT charges a fee of 2.9 per cent.

As a result, a $470 sale will net $214.8 on average. Consequently, resellers have to add additional premium on their shoes in order to accommodate the platform fees.

Supply and demand ultimately determines the price of any commodity. As a result, we advise aspiring sneaker traders to stay up-to-date on industry news.

This way, you can identify limited edition releases, such as celebrity collaborations, which tend to be more exclusive in production and highly sought-after.

Reading sneaker news also helps you gauge interest or so-called "hype" from other people, allowing you to determine the demand, which is not dissimilar to how stock and bond investing works.

Be sure to keep your shoes in pristine condition and in their original boxes as failing to do so will result in smaller return.

Read Also
Investing in sneakers in Singapore: How to flip exclusive sneakers to make profits? 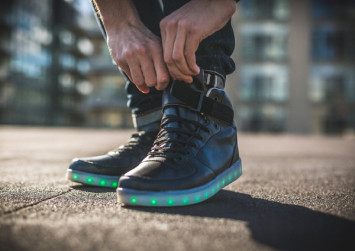 When it comes to Yeezys, resellers may want to note that there is a possibility that the shoes will no longer be difficult to obtain, which may lower their value.

In fact, Yeezy Boost 750 in light brown, the first pair of Yeezy shoes, were limited to just 9,000 pairs and as a result, they trade for upwards to $5,990 depending on the size.

However, the number of Yeezy shoeline releases have increased significantly over the years.

For example, there were 10 releases in 2015 compared to 29 releases as of early December this year. This increase is in line with what Kanye West has said about his shoeline: "Just be patient because we'll make more Yeezys.

Eventually, everybody who wants to get Yeezys will get Yeezys." From a reseller's point of view, there is a risk that this abundance of supply may lead to lower returns.

HOW DOES SINGAPORE'S RESALE MARKET COMPARE TO THE US MARKET?

We found that the Singaporean resale market offered an even higher return based on prices from the popular resale website SAINTS.

Given that the net profit in the US is US$250, Singaporean shoe resellers netted $200 more so than their US counterparts.

Interestingly, size also affected pricing in Singapore. Like the US, the median price of size 6 shoes was the highest at $965 while that of the size 14 shoes was the lowest at $772.

While the price depreciated as size increased, akin to the US, size 12 shoes were priced at $868, making it the 2nd highest after size 6.

However, the median prices in Singapore appeared to be more spread out compared to the US.

For example, the shoes with the oldest release date did have the highest prices; however, the most recent models released in 2019 have the 2nd highest median prices at $881.

Consequently, it can be said that Singapore Yeezy Boost 350 V2 prices may be more prone to trends, seeing how the newest shoes were very high in demand.

When comparing prices in the US and Singapore, we used the foreign exchange rate of 1 SGD = 0.74 USD, which was the rate on December 13th.

Unfortunately, there were no size 14 options available on SAINTS so we proceeded to collect the prices for size 13 instead. 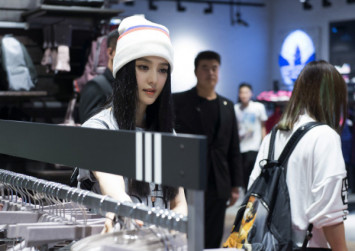 In terms of the average price mentioned above, ValueChampion chose to use median instead of the average. We did so because there was a significant variation among the prices that ranged from $220 to $1,775.

Lastly, we would like to point out some limitations associated with this study. Since there are only 31 Yeezy Boost 350 V2 models, the numbers mentioned here may not be of statistical significance due to the small sample size.

As such, this study is best viewed as an overview of the resale ecosystem and not an in-depth research into investment opportunities.

For your information, we've posted our data points below for the two countries: