'It didn't matter if I'm a guy or a girl': Singaporean e-sports pioneer says gaming helped her rediscover her self-worth

Many people turn to video games to escape the banality of everyday life. But for Kelly Ong, gaming gave her “something to live for” during a dark period of her life.

“When I was in secondary school, my seniors would do things like cut my bra straps, then pour water on the front of my shirt to make it see-through,” reveals the 31-year-old.

“The brutality of the bullying was a shock to me. Then, I was molested by my band teacher, but because my parents felt that it’d be a shame to the family if the matter was made public, they decided not to press charges.”

In not getting the justice she was hoping for, Kelly was left feeling “dirty”, sad and angry. She quickly spiralled into a state of depression and took to self-harming. She also started skipping school and failing classes.

Shut off from the world, Kelly picked up Counter-Strike 1.6. The first-person shooter game not only gave her an escape from the agony of her reality, but also helped her regain some confidence.

“It didn’t matter if I’m a guy or a girl and how I look like–what mattered was that I was the best player on the server. This gave me something to live for and helped me rediscover a bit of self-worth,” she says.

By the time she was 15, she was gaming competitively. But at 20, she found herself a single mother fresh out of an abusive marriage.

“I had to work two jobs to be able to afford to care for my daughter. I’d would take her to school, go to my day job, come home, and after spending some time with her, leave for a waitressing job at night.”

But despite being burnt out, Kelly clung onto her aspiration to be a professional gamer.

“By then, I was playing real-time strategy video game Starcraft II. I was pretty good–I’d won some local tournaments. It was a popular game at that time and symbolised the rise of esports in 2010.”

However, opportunities to do just that in Singapore were scant, so she reached out to team houses (where players live together to amplify their practice regime) in Korea to see if she could pursue the career. But she was rejected for nothing other than her gender.

“They all said that I’d be a distraction in a house full of boys,” she lets on.

To make the best of the situation, Kelly decided to pivot and pursue sports commentating.

“To be the best, you have to train with the best. Since I couldn’t do that, I decided to go into commentating instead,” she says matter-of-factly. And to hone her commentating skills, she’d also carve out time to commentate on games even though it “felt like a third job”.

Not long after, with the support of her family, who’d help to look after her daughter whenever she was at work, she packed her bags and travelled around the world for three years to pursue it as a career. The leap of faith paid off when she landed a job as a commentator at Global StarCraft II League, a large tournament-based event in South Korea. 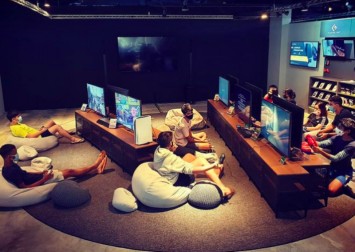 “To be frank, I was very surprised to be selected–hundreds of people around the world applied. But I had worked really hard, so in some way, I felt I deserved the opportunity.”

“I remember I was in Maui for holiday when a lady ran up to me and started screaming, ‘Are you Kellymilkies?’ I replied ‘yes’ and she explained that she went to broadcasting school after watching me. I was so thankful that she shared that with me.”

Now, she is based in Sweden and is in a very different position in her gaming career: she is both the co-owner and Chief Strategy officer of Alliance, an esports organisation sponsored by major companies like Twitch, Monster, and Razer and that has teams in games including Apex Legends and VALORANT.

Apart from being involved in the hiring and structuring of the organisation, her work involves scouting business opportunities and developing their social media strategy.

And as a female esports pioneer in Singapore, Kelly is one of the profiles the Global Esports Games is championing. The inaugural Global event will be taking place in December and Singapore is the host city for this year.

Much as she’s had a string of achievements, Kelly is exceptionally proud of “kicking open the door of opportunities” for female gamers.

“One of the first things I did in Alliance was to hire women for roles in the company that aren’t traditionally offered to women–we are working towards a 50/50 male-to-female ratio within the team and are almost there. I want to exist as a beacon for all girls who wanted to work or participate in esports.”

She’s also happy to have championed the modern way in which people view team managers. 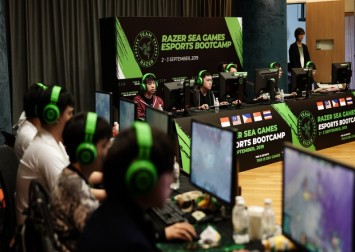 “Before 2012, team managers were pretty much glorified ‘waterboys’. Your payment was often just getting travel and accommodation paid for,” she explains. “When I was a team manager, I didn’t have a guidebook and just did everything that I thought a manager should do.

''In the end, my team that year won the World cup of Dota 2 (The International 3) – that changed the way organisations see team managers. I’d say that in modern esports, I’ve revolutionised the way in which team managers are valued.”

Want to break into the world of esports as a woman? Kelly has some advice.

“Don’t be afraid to participate in women’s tournaments to build some confidence. Ask to be stand-ins for teams, ask to participate in in-house leagues regularly as that’s how you get scouted, and be open to criticism because it is what helps improve your skills the most.’

“Compete in mix teams once you start winning ladies leagues. If you play in women-only tournaments for too long, you might not have the courage to move to the next step.”