It happened to me: This is how I nearly died at fashion week

This is a fashion cliche that has been made known since the ages but being chosen to go for fashion week is like being anointed by the pope.

A gospel will sing a Natasha Bedingfield song, a cherub floats down from the sky to give you a kiss and after years of crumpling into a crying mess in the fashion closet, you'll realise, MY! TIME! HAS! COME!

But the funny thing is, fashion week is usually only fun if:

A) You're a celebrity who has 10 assistants and whom one of them is solely hired to carry your bag
B) You're an influencer with a personal limo driver
C) You're a high powered editor whose magazine has the budget to ensure you don't have to walk to shows (aka your pedometer reads less than 3,000 daily steps)

Here is another thing nobody is going to tell you about the golden marathon of fashion. It is exactly like a marathon.

For all the boys who are reading this (as well as the long suffering girlfriends who had to listen to their enlisted boyfriends moan about the army), it's like your 24 kilometre road march but on steroids.

Will your feet get soaked in a pool of blood?

Will you threaten to burst into tears mid-way?

Yeah, okay. Will you wish to fall out close to the finishing?

This is why we've taken the liberty to prepare the 10 commandments for fashion week.

You know, so that you can live vicariously through us.

Or maybe you're just skiving off work.

Thanks for reading this instead of watching cat videos.

As told to us by a fashion industry insider who would like to remain anonymous.

1. THOU SHOULD JUST TAKE PUBLIC TRANSPORT.

If you're thinking "Haha, what a dramatic lil' b!t*h. Just take an Uber."

We have something to say: In this economy?!

Besides the eye watering prices of having a French stud (odd thing to note: 4/5 French Uber drivers look like they walked out of a GQ editorial) drive you around while you try your best to flirt, it's chaotic AF outside show venues.

What is worse than a two hour wait for your Uber? 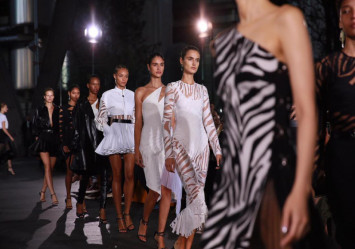 How about influencers clogging the streets by repeatedly prancing outside?

How about being yelled at by a photographer because "DUDE, YOU'RE BLOCKING MY SHOT!!!".

How about nearly pissing in your pants but refusing to cancel your Uber booking because he's just a minute away?

Word of advice: take the subway regardless of which country you're in.

Who knows, you might meet your soulmate on it instead of being threatened by a hobo who wants to rip your genitals off because you accidentally looked at him a second too long. #TrueStory.

2. THOU SHALL NOT EAT OUTSIDE A SHOW VENUE

I once ate a crepe outside a show and because I was so sleep deprived, I dropped it and it splattered all over my coat.

Guess who laughed at me while walking by? Camille frickin' Rowe.

Read Also
At New York Fashion Week, robotic dresses take on a life of their own 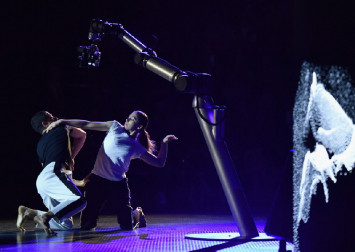 While you are entitled to do whatever you want sans public nudity or urination, take note that unglamorous photos of you eating will surface on the internet if you choose to eat outside.

If you do have to eat though, do it in a showroom.

The Americans are famous for serving bagels and orange juice in the morning.

The Italians and French though?

Hor 'doeuvres served by waiters that side eye you when you take too many.

The approved numerical value is two.

3. THOU SHOULD BOTHER TO STEAM THEIR CLOTHING

Sure, you can talk about how you're here to do serious reportage but that doesn't mean you show up in a crumpled heap of clothing.

While American hotels are famous for their high level of service (true story: you can call room service at 4am to get your jeans steamed), the Europeans will laugh in your face (service? what service? we already provide running water!).

Another true story: I once wore the same rumpled pants three days in a row and a street style photographer I met a few times went, "Have you given up?".

4. THOU SHALL TRY NOT TO SLEEP DURING A SHOW

So what do you do at an 8pm show when the only meal you had was a slice of pizza and you are running on only three hours of sleep?

Well, you try not to fall asleep in your seat.

We recommend the following based on our past experiences:

5. THOU SHALL NOT BE TOO FRIENDLY

The Tuileries Palace is beautiful: so much so that I’m saddened that it's overrun by something more evil than the Imrans and Dominics of the internet.

You could be taking a selfie (Look ma! I'm in Paris!) when a handsome stranger approaches with a clipboard.

While you might think "That's hot, he's a student protestor who's arguing for the rights of the downtrodden!!!", he's going to assault you and demand a signature from you. 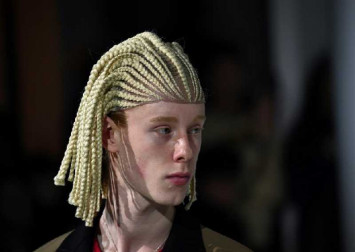 No mam, he’s going to pull on your clothes and demand you sign his clipboard until you cough some money up.

How about Bryant Park?

We mean, the cast of FRIENDS loves going there right?

It’s no longer as picturesque when a gypsy threatens to cast a voodoo spell on you or when the only person yelling at you isn’t a street style photographer who wants your OOTD but a homeless person going "hey sweet cheeks, what's your flava?".

TLDR: You can be as friendly as Kimmy Schmidt but sometimes, you need to be a Lillian.

6. THOU SHALL NOT TEXT WHILE WALKING ACROSS A ROAD

The first plague you will encounter during fashion week is the stomach flu.

The second you will encounter are the influencers who decided to clog the roads up by walking back and forth to get snapped.

Funny story: I was once walking across a road behind Giovanna Battaglia who decided that darling, she had enough of causing a black limousine road pile up and skittered away.

Guess who nearly got run down because a limo driver probably deemed me less worthy than Miss Battaglia herself?

C'est moi. It might have been because I wasn't looking in front of me thanks to my boss raging at me over WhatsApp but let's chalk it up to some good old fashion prejudice.

7. THOU SHALL TRUST THEIR GPS

The most famous words we have uttered are "Haha, Google Maps says it's a four hour walk so how bad can it be?". 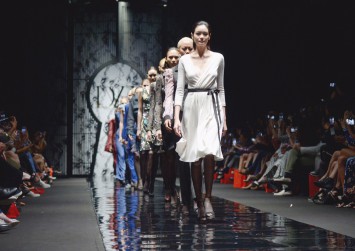 Well our friend, how about a four hour walk from the main city of Milan to the outskirts which includes a three hour trek through a forest?

Well, maybe it wouldn’t be so bad if the said forest didn't black out mid way through because of the height of the trees or had hordes of homeless squatters and prostitutes hanging about.

While some of the latter were friendly and willing to strike up a conversation when you're taking a break, seriously, trust your GPS when it says that it's nearly inhumanely possible to walk.

8. THOU SHALL NOT BE SHY TO EAT DURING A SHOWROOM VISIT

You can't remember when was the last time you had food and at this point, you're willing to trade your Chanel 2.55 for a burger.

Our friend, it is time to embrace the magical concept of showroom catering.

While showroom visits don't have the star power of a runway show, dude, this is where the food is at.

And the best part is, you get to stuff bagels into your tote bag if you're polite to the waiters.

Or you can charm them enough that they take you on a date on an off-peak day. Just don't tell your boss.

The funny thing about most local editors is that they have an "expiry date".

This means at a certain point, they WILL crave for Asian food.

This is usually signalled by a rallying cry of "CAN WE JUST F****IN EAT STEAM BOAT?". 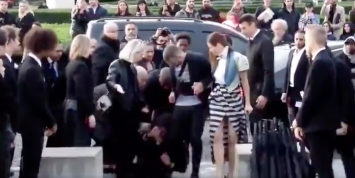 Yes, we do crave our Chicken Rice and Nasi Lemak overseas but seriously, take some time to live like a local if you have time.

Visit a farmers market! Admire art at a local museum! Walk back to your hotel at 3am a drunken mess like Carrie Bradshaw!

Yes, fashion week is fun but every once in a while, you're going to have a bad time like near death experiences or life-threatening dehydration.

But live a little. You are living the dream.

Remember, a million girls would kill for this job. (Sorry I just had to. Is it really a fashion week article if you didn’t quote The Devil Wears Prada?)

This article was first published on CLEO Singapore.